Dear friends – Jews and Noahides all…

We’re just days from Tisha B’Av, our national day of mourning for the loss of our Holy Temple – and the Shechina – from the Land of Israel.

That Hashem restores His Dwelling Place to the height of its former glory, as it was in the days of Shlomo HaMelech.

May He also restore the line of David speedily in our days, and bring us our holy, righteous redeemer to rule in peace over Jerusalem and the entire Land of Israel. 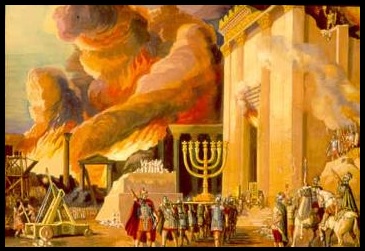 Without it, the entire world may perish.

Now back to the mundane…

We’re trading the commodities today by way of the Invesco DB Commodity Tracking Fund (NYSE:DBC), an ETF slightly overweight the energy sector, but overall a decent proxy for the commodity class at large.

But before we get there, we have to tend to a massive winner – earned in just a wee seven days!

That’s right; it’s our QQQ initiative from July 28th.  The letter was called Quick and Dirty: Short Term Momentum in the High-Tech Realm.

We also recommended a STOP sell order on the stock at 262 to prevent any runaway loss.

Dump the first and buy back the second, and you NET $2.23 on exactly NOTHING spent.

Adjusted for minimal commissions gives you a freewheeling gain of 1387% in just a slap-happy SEVEN DAYS!

Remember to cancel that STOP. 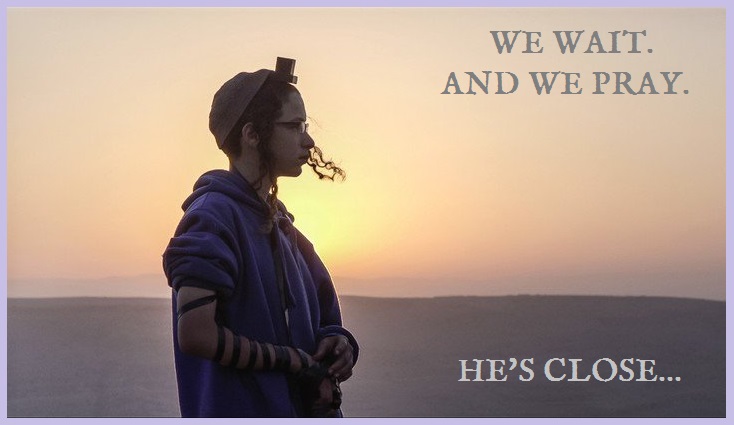 And now we move on.

The commodities haven’t made a lot of sense for a long time.

Because they normally track the US Dollar – inversely.

Yet since December, 2020, the two have been rising in tandem, and we’ve been scratching our dandruff-ridden scalps trying to determine who the hell’s going to break lower first – and when.

Well, friends, the time may now be at hand.

Have a look at the chart for DBC –

This is the daily chart for the last six months, and it shows – 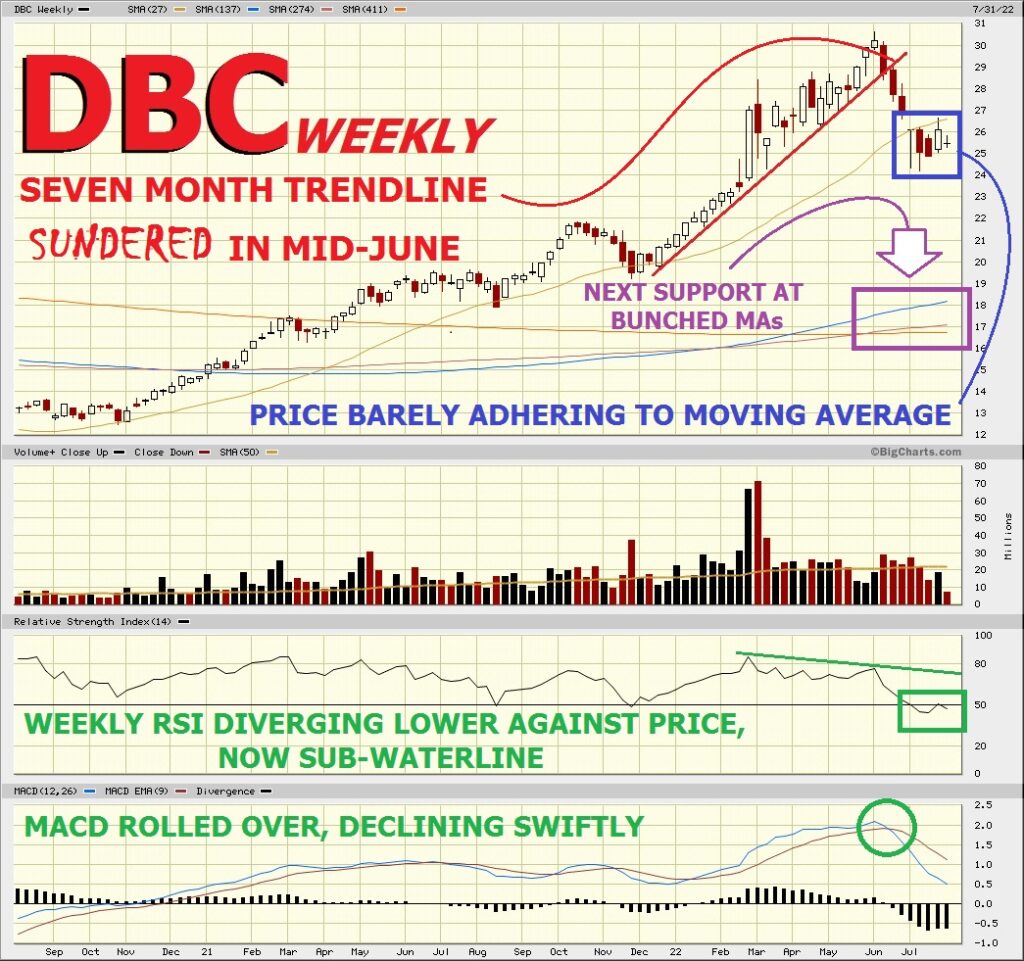 Here, we find more bad news for the bulls –

Rationale: maybe the best aspect of the trade is it’s only eight cents out-of-the-money (that’s a measly three tenths of one percent).

And from there, every penny lower is another dollar in your pocket.

Max gain (in the event that everything on the planet becomes worthless) is $25.15.

Max loss is $3.70 (difference between the CALL strikes plus the initial debit).

We figure that the most likely downside (in the time frame allotted) is anywhere between 23 and 21.

It’s a moving target, of course, but we’ll be looking to close as the stock moves toward those levels.

And many happy returns!

Next Post »
Pocket yourself 1460%, Then Take a Long/Short Ride on the Indexes (QQQ/DIA, LLY/DIA)