53% and Thousands More in Purim Winnings, While the Frenchman From Omaha Sinks (VMI, PTON, GNRC)

If your game is steel pipes and tubes (and who’s isn’t?), then you’re certainly familiar with the irrigation and street-lamp mavens from Valmont Industries (NYSE:VMI).

Omaha Nebraska’s favorite metal fabricators have seen their stock fly of late, on the back of a strong earnings beat and a big deal with the Government of Kazakhstan for farm equipment. 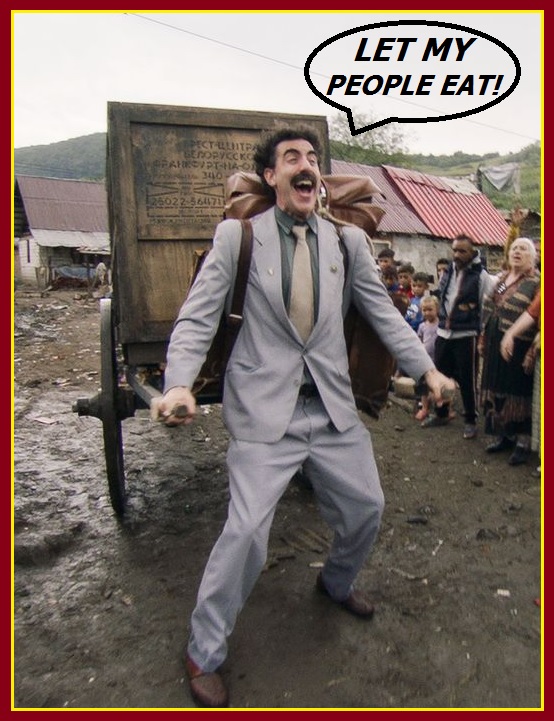 But after a three week, 21% rise through last Wednesday, when the company reported its Q4 earnings, the stock has been sliding sidewise, and it appears the jig is now up.

Time For a Break

Fundamentally, the shares are red overbought –

And that ain’t right.

But before we get to the trade details, we have two open initiatives to tend.

On December 31st, as the countdown was beginning, we sent you a communiqué called Peleton Takes its Last Spin, in which we urged the purchase of the PTON March 19th 140/125 PUT spread for $5.80.

And our timing was superb.

And we say it’s time.

And that’s a Batflu hysterical 53% gain in under eight weeks.

Annualized – for those who care for such nonsense – it’s a stump-shaking 318%!

Next up was our GNRC trade, which arrived at your inbox this past Monday morning – and it’s already borne fruit!

That puts us in a net credit position of $7.10, with an open 250 PUT lying naked and cold in the cellar.

As that option is still $83 out-of-the-money, we see no need to act on it.  Rather, we’ll let time and our original plan (see ‘Rationale’ after the original trade recommendation) work their magic.

And now back to Valmont…

To begin, we have negative indications from both RSI and MACD –

Now, grab a peek at the weekly – 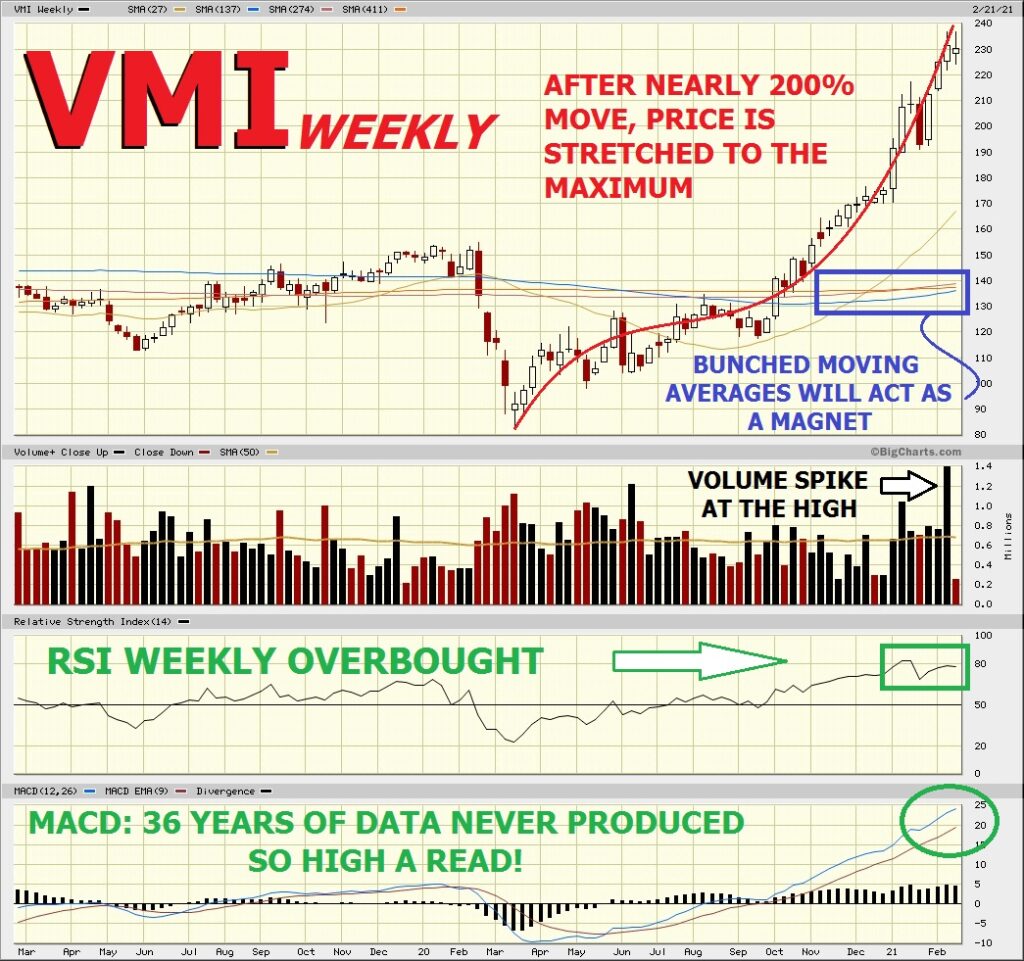 And so it is, that we offer you the following to capture great stores of wealth from the coming VMI decline.

May the G-d of Israel be with you.

Rationale: the market’s rolling over and VMI appears to have shot its last round.

Despite her strong earnings, investors have decided to leave her crying.

The stock would have to post new highs to see us bought in, and we view that as very unlikely.