Advance of the Malignant Demon… (AMD)

We’re not going to wait any longer to jump on this one.

The theme remains today what it has been for weeks – the Wuhan coronavirus – and the effect the outbreak is having on commodities.

Today, though, we’re focused on one sector that could be hit harder than any other by the pandemic – the chip-makers. 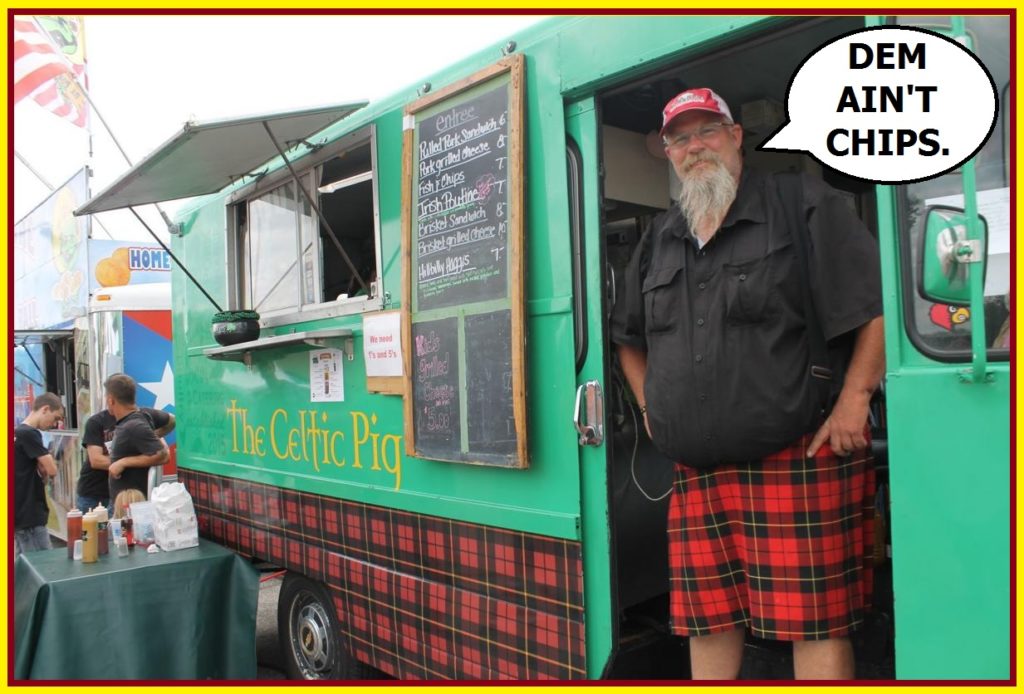 Many are unaware that semiconductors are, in fact, commodities, insofar as an increasing number are acquired not for any feature associated with the product, but by dint of price alone.  That is, industry standardization has pushed them toward being sold “by weight”, so to speak – as most commodities are.

The novel coronavirus has created a situation in the chip world that’s precarious.  Whereas S&P 500 firms source roughly 6% of their revenues from China and Hong Kong, the semiconductor industry derives a full 30% of theirs from the region. 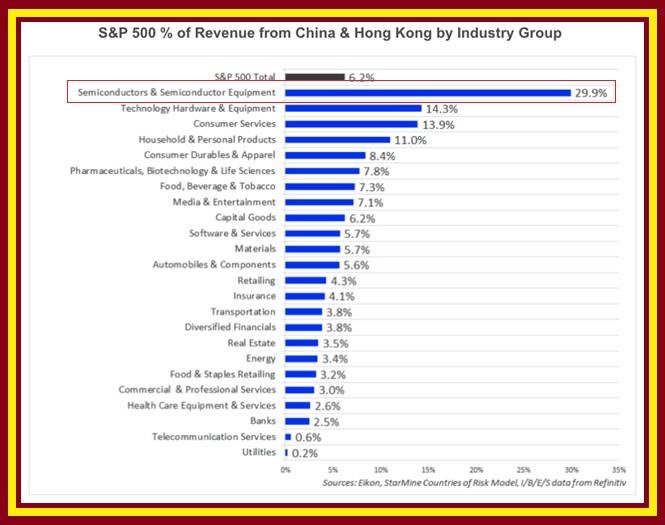 And with China all but shut down and out of business, this sector should start feeling the pain very soon.

Which is why we’re turning today to chip-maker Advanced Micro Devices (NASDAQ:AMD) for a trade on which we’re pinning great hopes.

But first, a bit of fundamental background –

Want to know why? 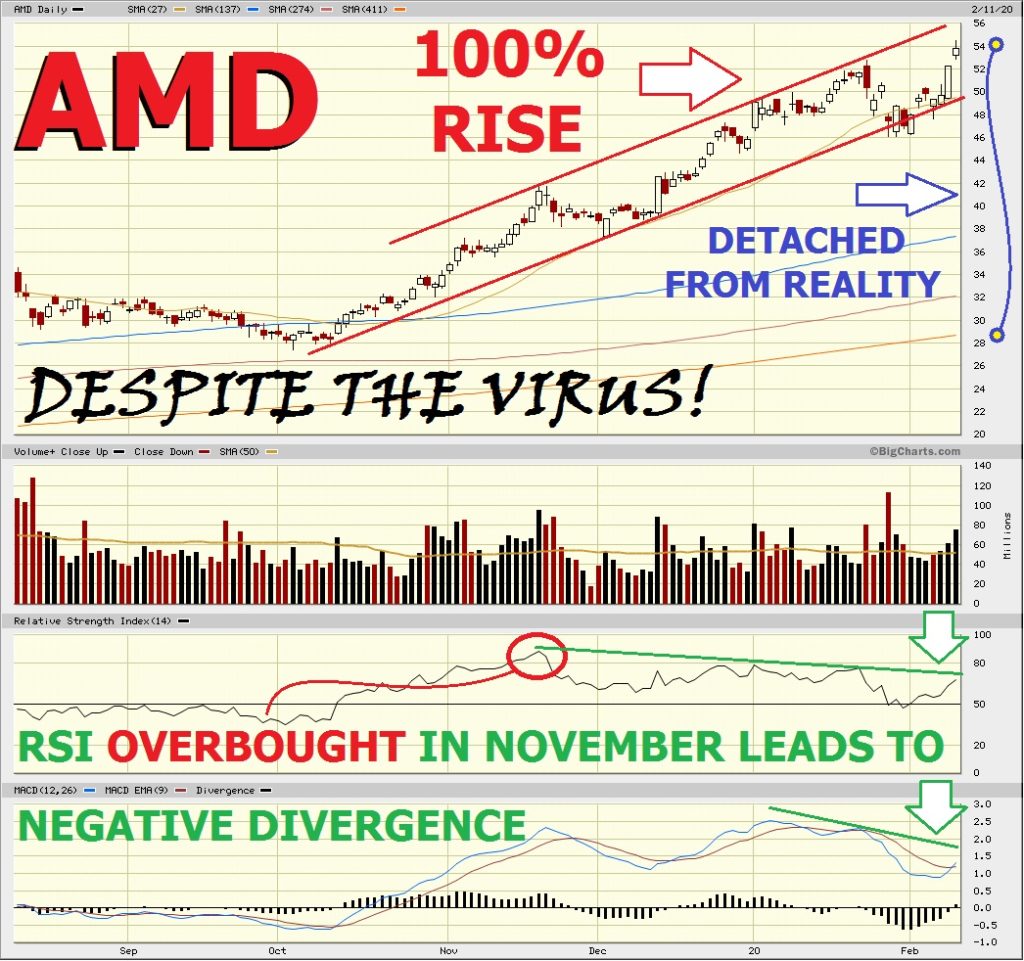 That said, a look at the weekly chart is also instructive.

Mind, in particular, the overbought RSI read at the bottom (in red) – 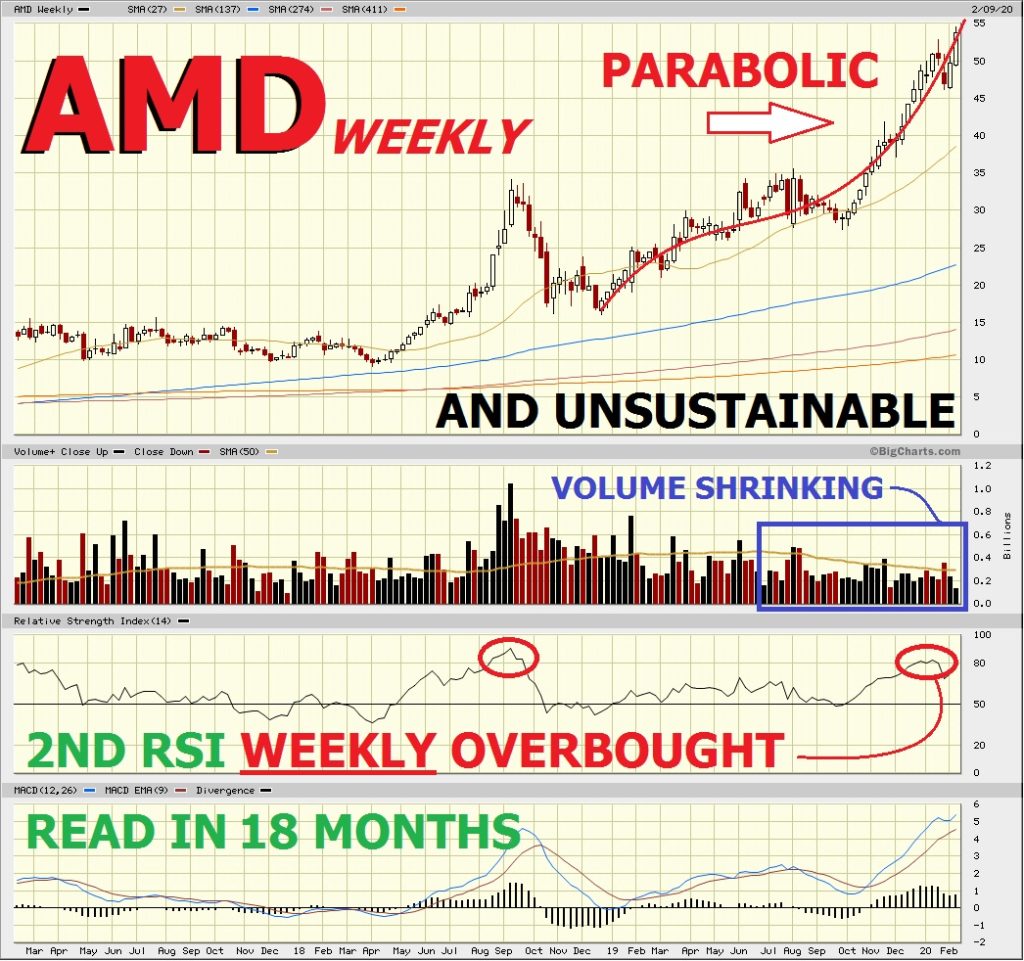 This is the second overbought weekly RSI signal in the last year and a half, and if the first is any indication of what’s to come, AMD bulls might be reeling very shortly.

Last time round, the share price was cut in half in a matter of six weeks.

A parabolic price curve (in red) on shrinking volume (blue), coupled with an uncontrollable disease that experts are saying could kill as many as 50 million people (!), and we say it’s sell time for AMD.

That’s why we’re selling a CALL spread and using the funds to purchase a PUT spread.

2 responses to “Advance of the Malignant Demon… (AMD)”