We’ve discussed the enthusiasm that would result from a successful conclusion to the China trade imbroglio in a number of places, most notably here and here.

And while we could get some ‘sell the news’ action immediately after a summit sit-down between the world’s two most powerful leaders, the intermediate momentum for commodities and the companies that move them would clearly be higher. 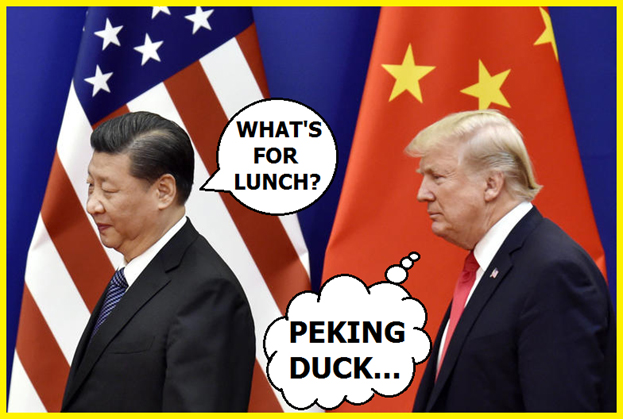 China is a commodity behemoth, both as producer and consumer, and ANY resolution to the current impasse stands to offer immediate relief to Chinese manufacturers, and likely release a flurry of new shipping that would be positive for the transport sector as a whole.

It’s right on the doorstep, we believe, and markets are signaling as much. 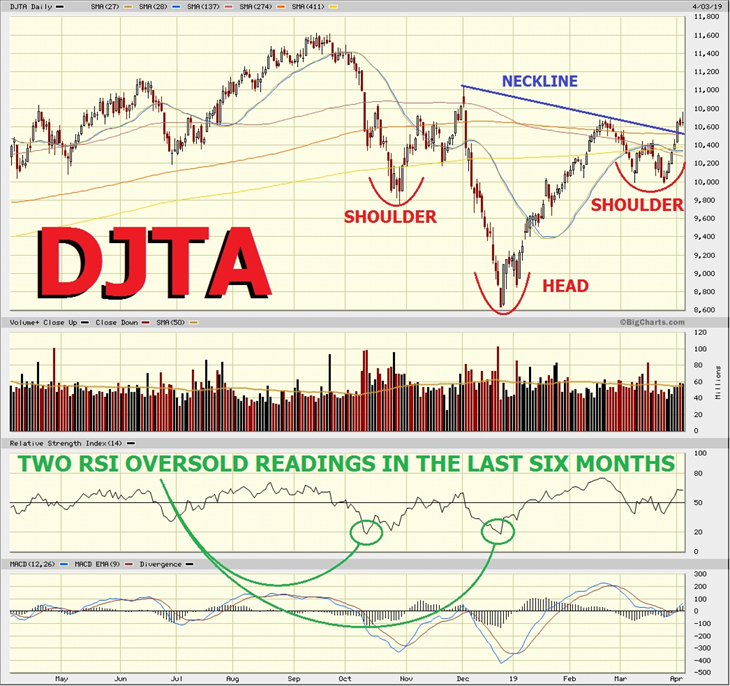 This is the Dow Jones Transportation Average for the last year, and the chart clearly shows an index that’s technically bullish in nearly every respect.

It should be noted that the upside count on the head and shoulders pattern could bring the trannies as high as 13,400 before the move stalls, a height well beyond the index’s current all-time high.

Alan B. Harvard first commented on this idea back on February 14th, in his heart-felt Dow Theory Checkup piece.  At that time, he issued a lovely Valentine Day buy call for the Dow and the Transports, and it turns out he was dead on. 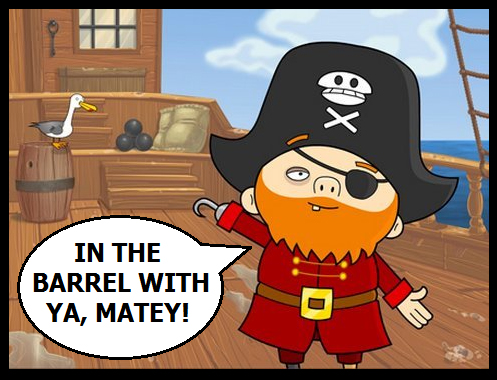 But we’re going to venture out to sea for this trade, for the simple reason that the shippers have lagged sorely behind their landlubber locomoting brothers of late (NSC,CSX,UNP and KSU).  We think they’re due for a bump.

Delivery specialist UPS might have been a good choice, too, but the volatility on the shippers, we feel, has the greatest potential for profits.

We’re zeroing in on Monaco’s Scorpio Tankers today, whose ticker is a painfully appropriate STNG.  The shares trade on New York, the company is valued at a hair less than a billion dollars, and the action for the last year looked like this –

Here, we have a sideways drift for the last half year on high volume (in black).  This type of action is often indicative of a change of hands, from weak shareholders to strong, and the rising RSI and MACD indications are also pointing to an upward momentum (in green).

With the 137 day moving average now scooping price at $19, we’re offering the following SPECULATIVE trade on this most deadly waterborne arachnid –

« Previous Post
Sure, You Can Trade Bitcoin (Just Don’t Stick it in Your Pocket)