No one has ever seen her smile like that.

To the age-old question, ‘Do chickens have lips? we’re pleased to report that we finally have an answer.

That’s right, and to the numerous researchers and archivists we employed to search the stacks of the Widener-Squab Special Collections Library, as well as manuscripts from the Wigglesworth Fowler Microfiche Section, we offer a hearty vote of thanksgiving.  Your efforts were rockin’-doodle-doo, your report was chanticleer and your check is in the purse. 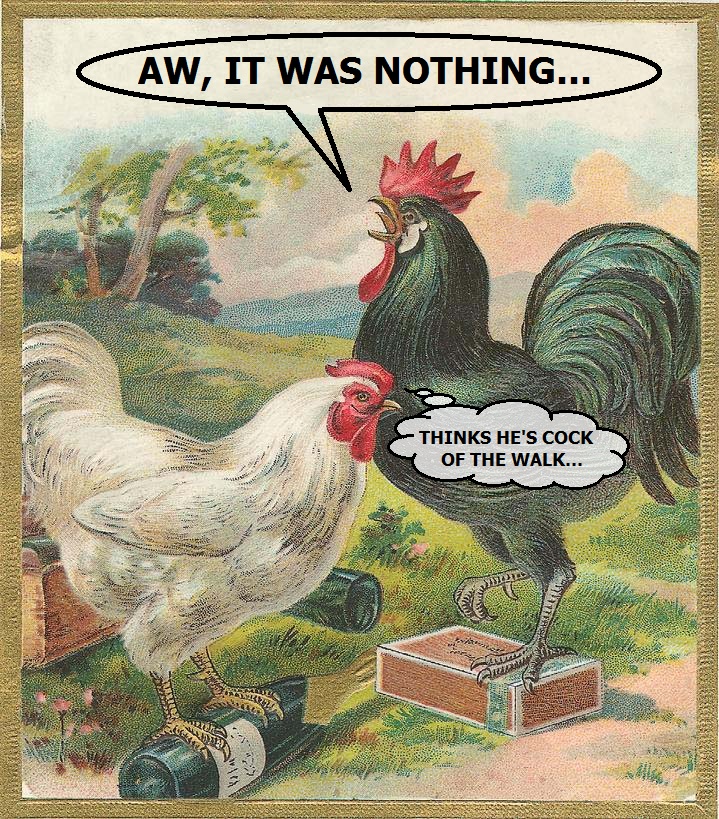 As for the answer – it comes out a strong positive.

That is, a look at the last six month’s trade on Pilgrim’s Pride stock (NYSE:PPC) shows investors lining up to put a fat, wet gob-smack on the full red lips of this purveyor of the most palatable poultry provision.

But before we look at the chart, a few less chirpy facts –

In short, the current news cluster has Pilgrim’s Pride feeling somewhat deflated, and we believe could lead to an out-and-out humiliation.

No Pride in the Charts 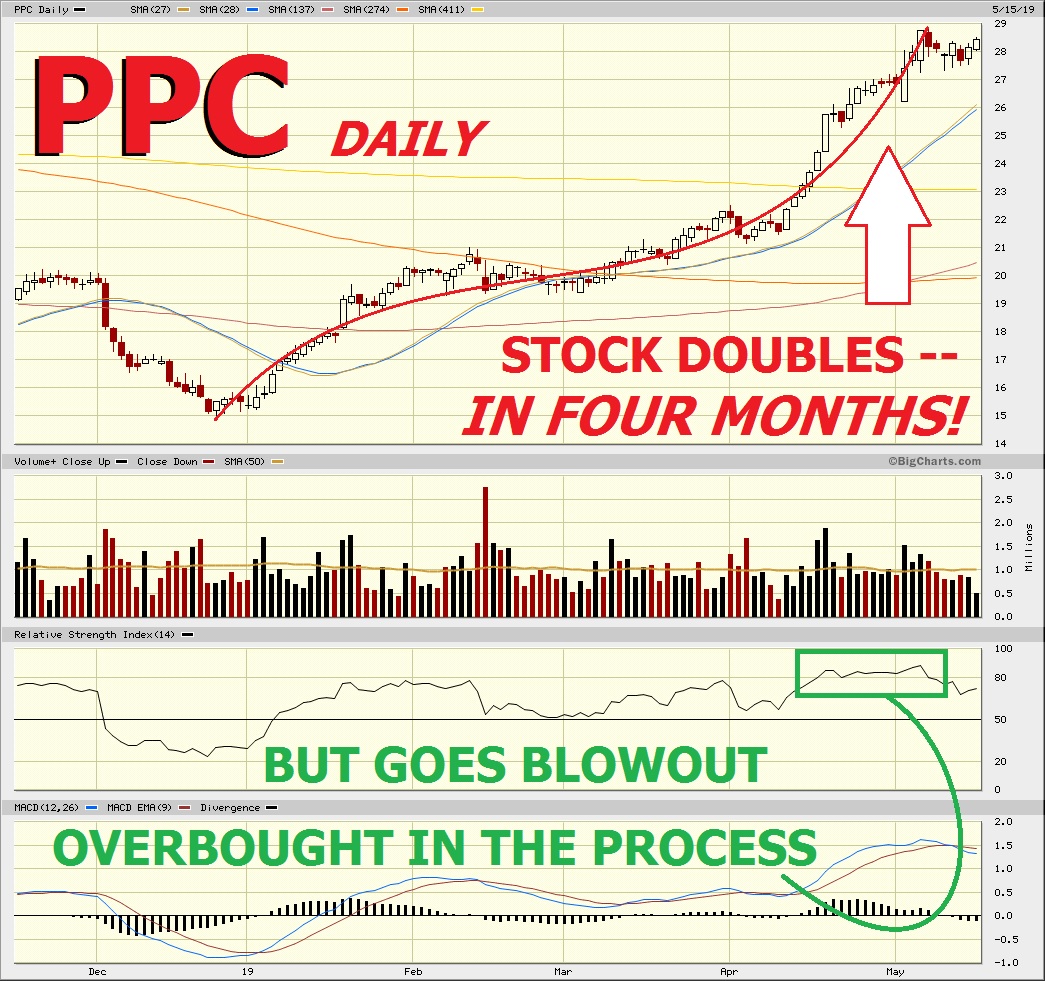 Have a gander now at the stock’s weekly chart – 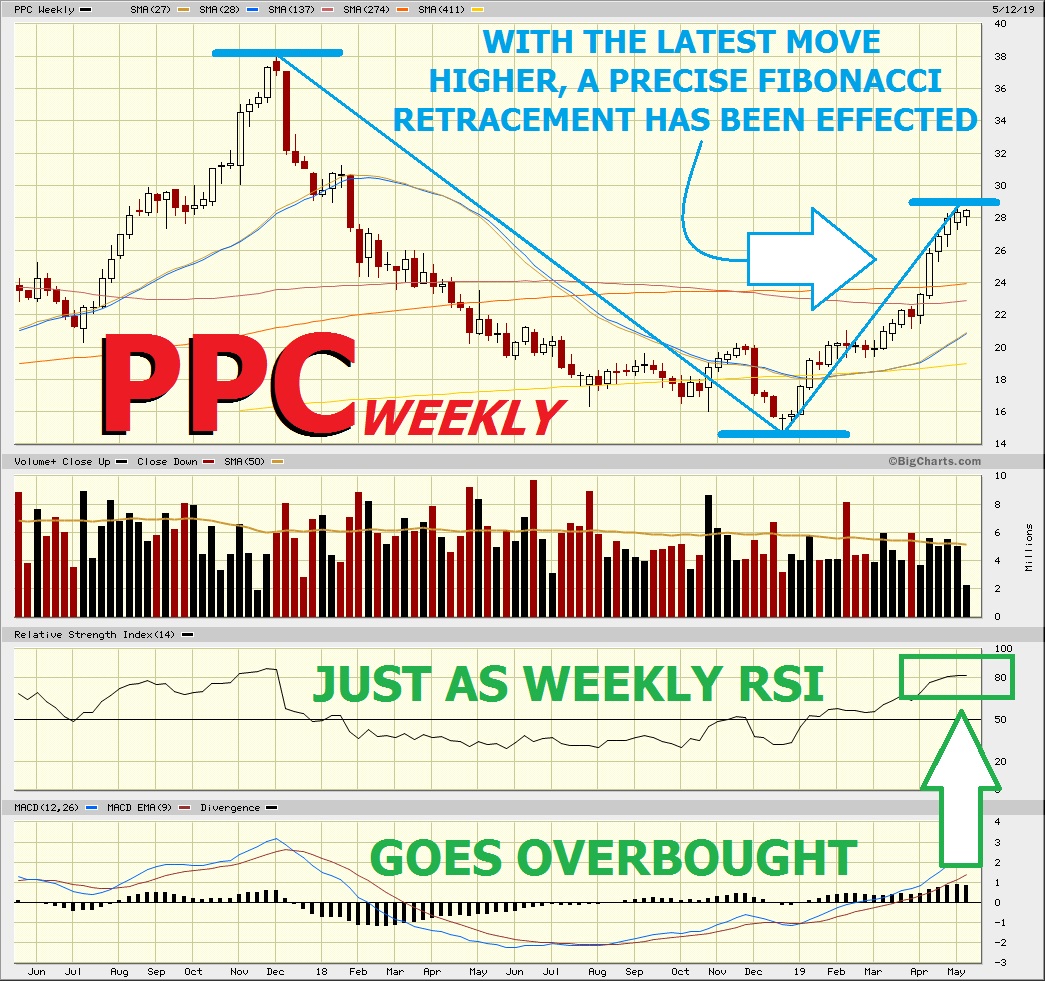 Taken together, the above technicals speak to an end of the love affair between PPC investors and their chicks – one that we expect will commence forthwith.

And it’s for that reason we’re recommending the following –