Two trades to close today before we move to today’s offering.

And we start with GNRC.

The trade’s details can be found HERE, and can be summed as follows – we’re sitting on a NET credit of $7.10 with a short August 250 PUT still open.

And we say it’s time to buy it back. 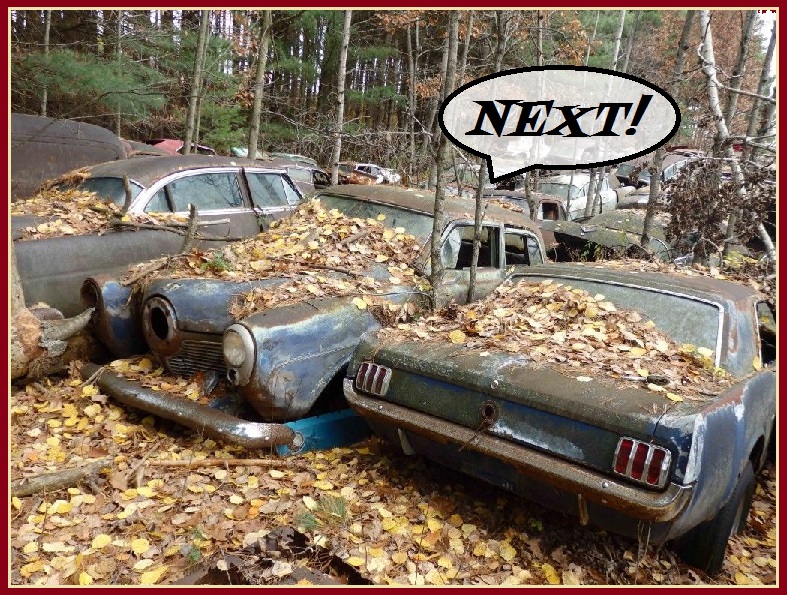 Our APPS trade, whose details are available HERE, has us $10.16 in the black and holding two short June 18th 70 CALLs.

Those CALLs go for $1.70 each today, and we’re recommending you buy them back for a total NET return of $6.76. 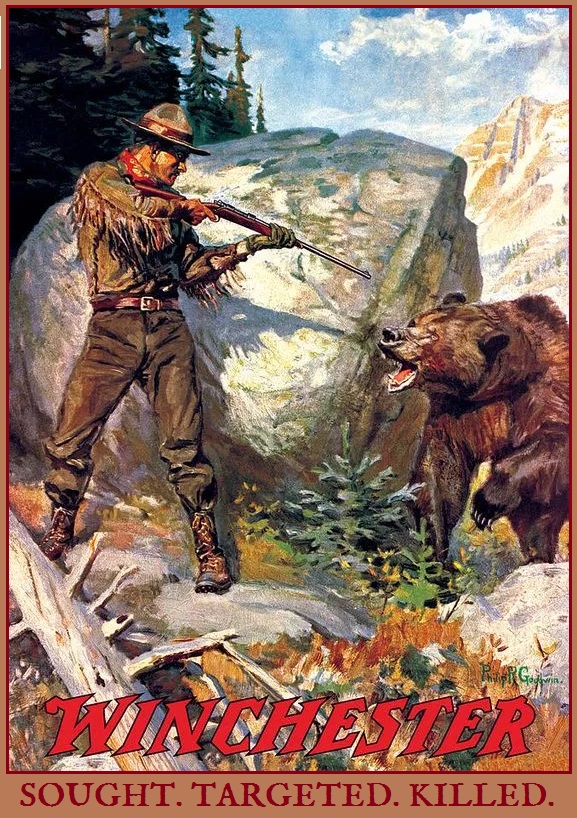 We’re going after big game this week in LKQ Corp. (NASDAQ:LKQ), global sellers of every sort of part, used and new, your car might desire.

The trade is speculative, so for those who don’t appreciate that sort of thing, it’s time to put her in PARK.

For those who want to venture almost nothing for a potentially big payday, however, consider the following charts. 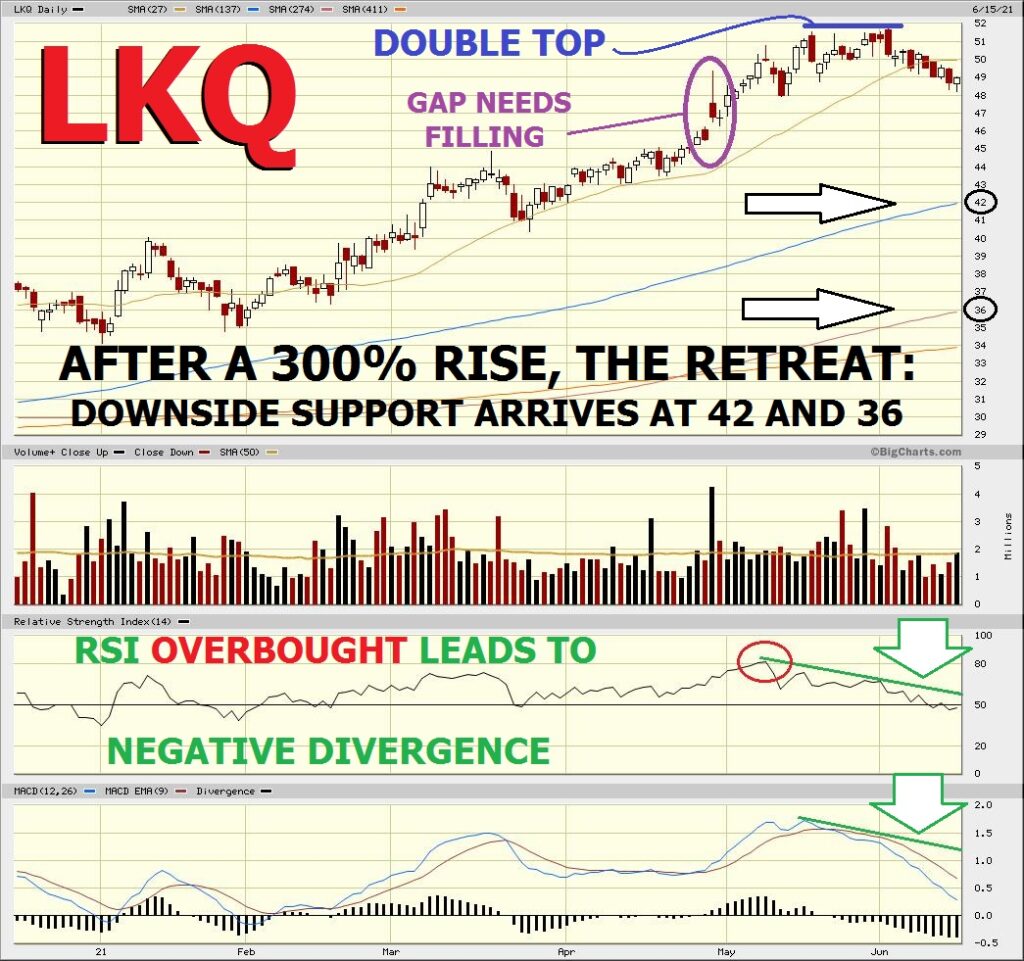 The weekly, too, offers ample evidence that a top may now be in place. 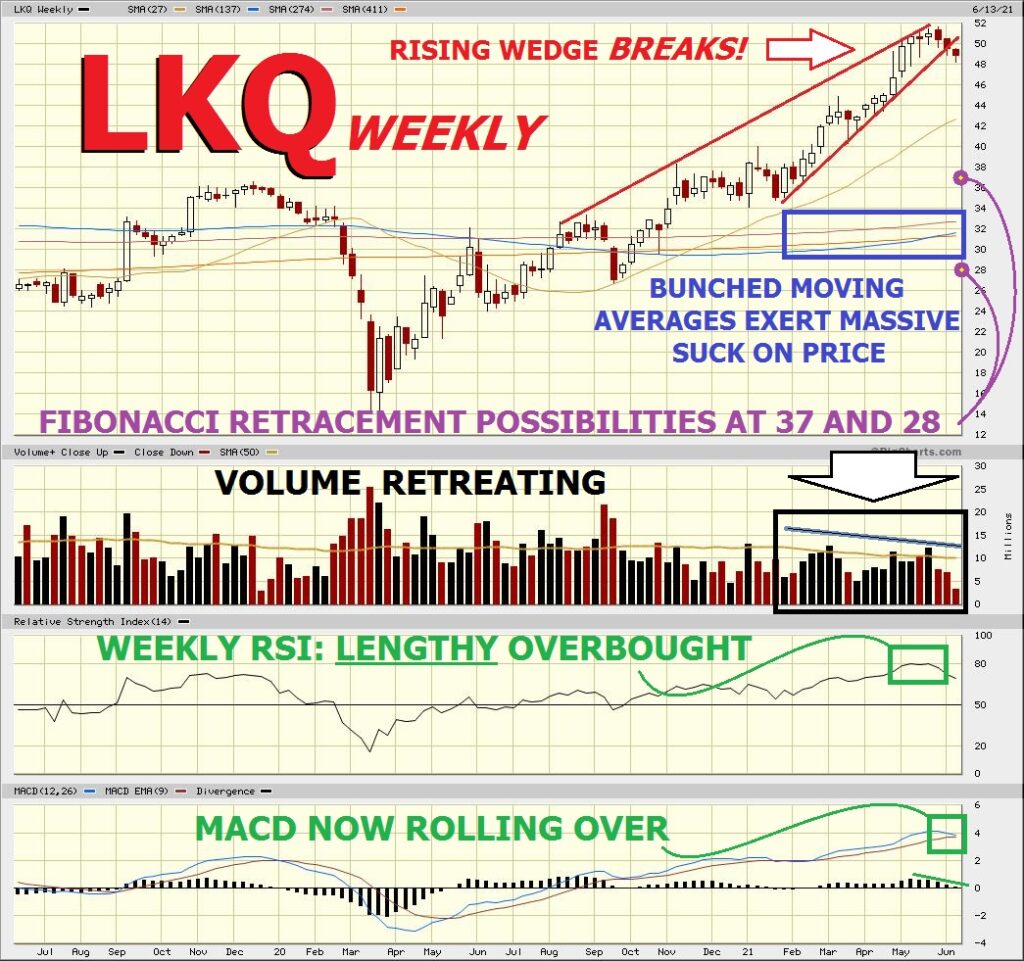 The weekly technical picture is dominated by –

Rationale: The trade pays for itself, with the short CALL spread covering the long PUT to the penny.

That means our risk on the trade is precisely $2.50 (the difference between the CALL spread strikes).

Our potential gain on the trade is unlimited, though we have to decline to $42.50 before we start seeing any scratch.

And that’s what makes the trade speculative.

We believe a drop is likely – at least to 42.50 and possibly lower.  The speed at which it arrives at that level, however, will determine just how profitable we are.

Faith, friends, in the Al-mighty G-d of Israel, Who neither slumbers nor sleeps!

And many happy returns,