A Jew and His Gold is coming at you early this week, because we want to avail ourselves of a nice opportunity on the mining/metals front.

The trade is a play on Freeport McMoRan (NYSE:FCX), the same outfit that twice this year brought us Betelgeuse profits – of 820% and 333%, both in just a week!

This trade will be structured differently than the last two, so we aren’t expecting such a quick turnaround.  But we are hoping to reap a galaxy of profits from it.

So here we go…

We start with a look at the daily chart for FCX, a company that was for decades accused of paying Indonesian military officers and police to  kill  abuse  lawfully restrain its striking mine workers.

It’s not normal to see a stock jump 60% in two months unless something material changes.

And so it did.

Work disruptions in Chile and Peru, the world’s foremost producers of copper, juiced the price of the metal back in October/November.

And yet it appears to have been overdone.

Despite the protests and strikes, new production is continuing to mount in both countries, and governments appear earnest to attend to the needs and wishes of protestors.

We would expect regular production numbers to resume through Q1 2020. 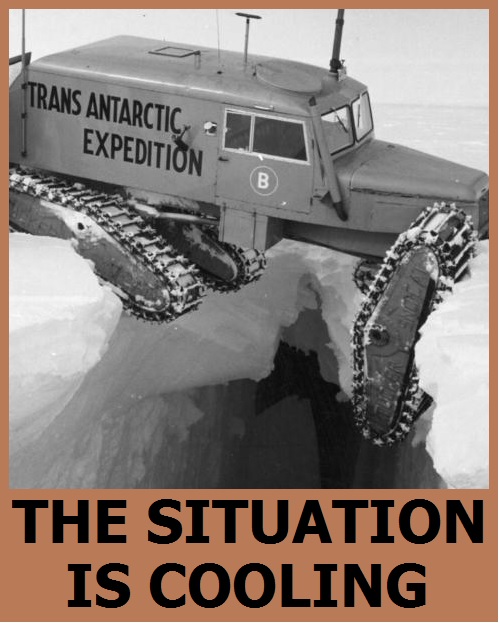 It should be noted, too, that supply disruptions of this sort accounted for just 6% of global production losses last year, compared to an historical average of slightly less than 5% per annum.  So we’re not dealing with an extraordinary set of events here.

Moreover, governments will always do what’s good for business, so look for both carrots and sticks to be employed if there’s any fresh discord.

And expect a decline in the price of copper as we return to routine.

In the meantime, have a look at the weekly paste-up for FCX – 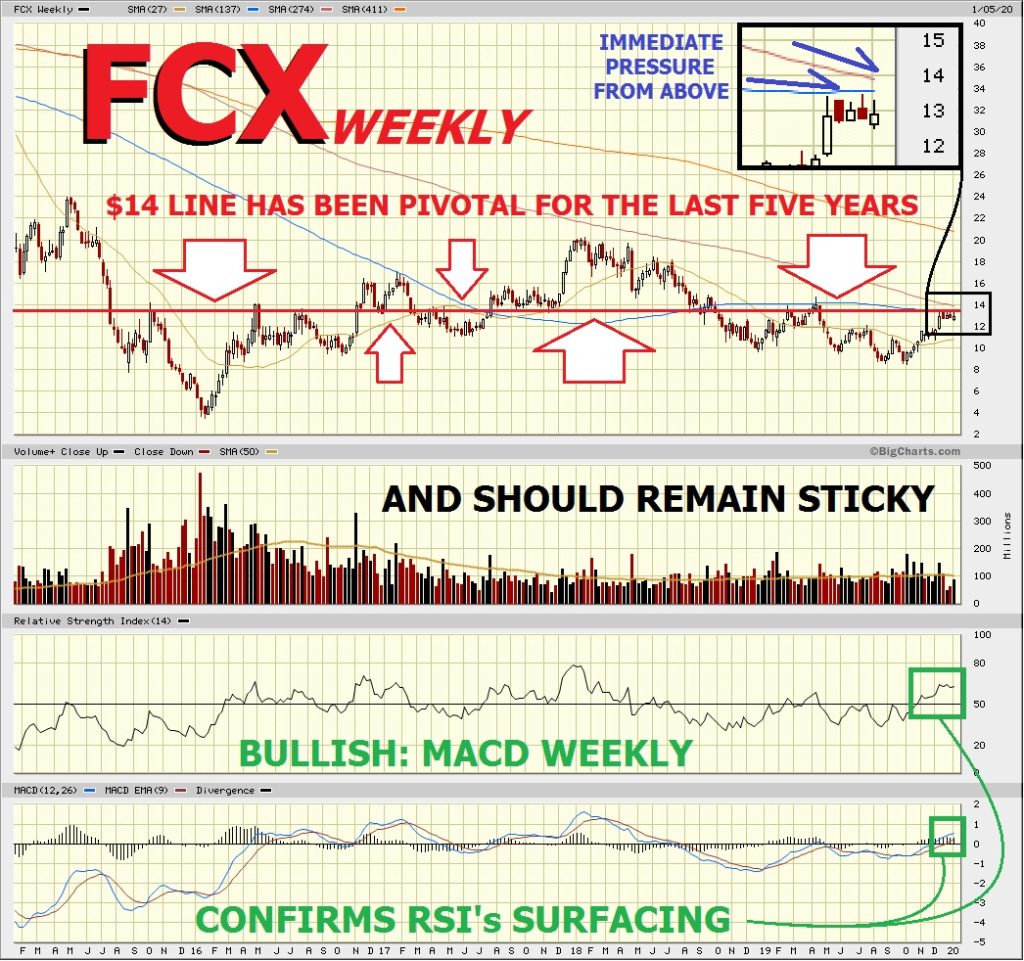 This is five years’ worth of chart for Freeport, and it shows a number of key technical items –

In short, we see a tug-o-war ensuing at current levels that should last for months.

With the expectation that we’ll see tight trade action on FCX through the spring, we’re selling credit spreads on both sides of this puppy.

Maximum loss on the initiative is $141.

Next Post »
TRADE BULLETIN: BMY Rollout and the Virtues of Boredom