Before we get to this week’s initiative…

Nice day for a trade closing.

This one was opened on May 9th in a letter called Heavyweight Slugfest: Dollar vs. Commodities.

Our thinking was straightforward – ongoing trade tensions with China would curb demand for oil as China’s manufacturing sector slowed production, while the dollar, on the other hand, would continue to be the only major currency game in town.

And so it was.

We’re pleased to announce that our matching of UUP with USO has consummated with the birth of a bouncy baby profit weighing in at just over 125%. 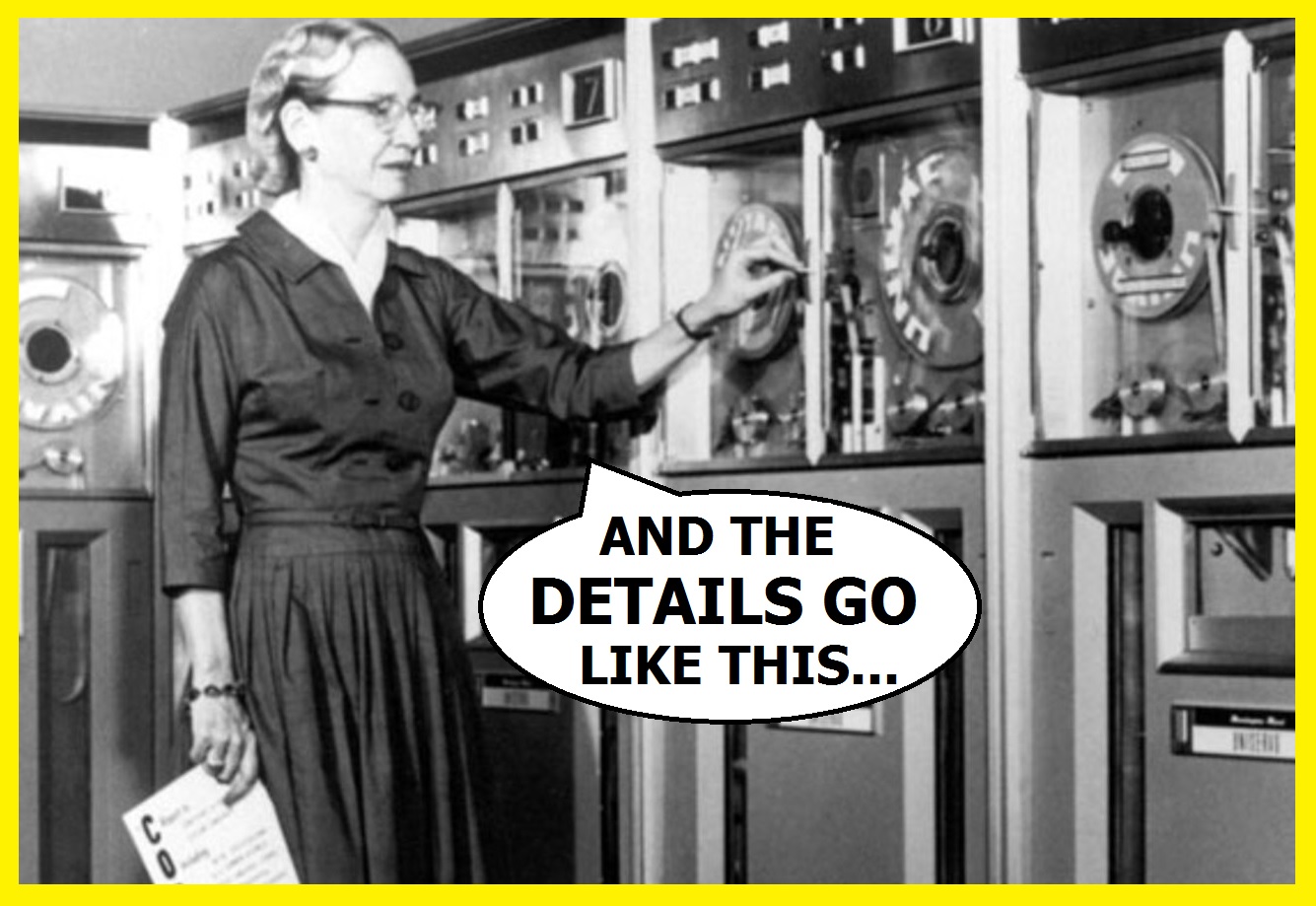 Today the UUP CALL trades for $0.75, while the USO CALL goes for $0.48.  Sell the former and buy back the latter, and you net $0.34 on nothing expended.  Adjusted for minimum commissions, that’s a full-sized profit of 127% in a measly fortnight.

Can you believe it? 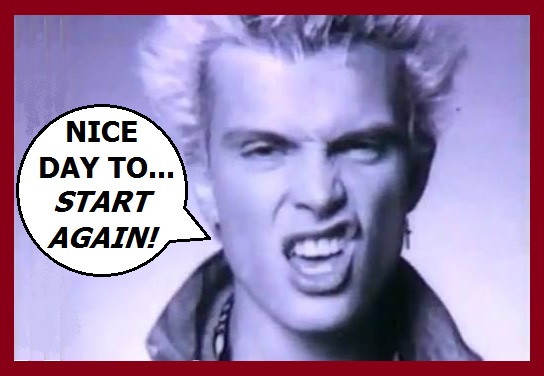 And today, we continue with our winning ways.

While trade wars wreak havoc on global shipping concerns, perhaps the worst hit subsector of the trannies of late has been the airlines.

Major carriers are not only increasingly struggling with moving people and cargo, but concerns with the Boeing 737 MAX – and its subsequent grounding – have also added to the turbulence.

Two fatal crashes that resulted from the plane’s anti-stall system have given Wall Street a renewed fear of flying, with Morgan Stanley grounding both Delta (NYSE:DAL) and American Airlines (NYSE:AAL) this week, the latter over labor issues, as well as the removal of roughly 115 737 MAX flights per day from its summer schedule.

We note that all of this lands in the wake of Ryanair (NASDAQ:RYAAY) issuing a profit warning and public confidence in the major airlines nose-diving, as even veteran pilots express concerns about flying Boeing’s aircraft.

And if that weren’t enough, along comes A Jew and His Gold to tell an additional tale of horror that’s showed up on the technical front.

It appeared on the AAL chart, and it looks like this – 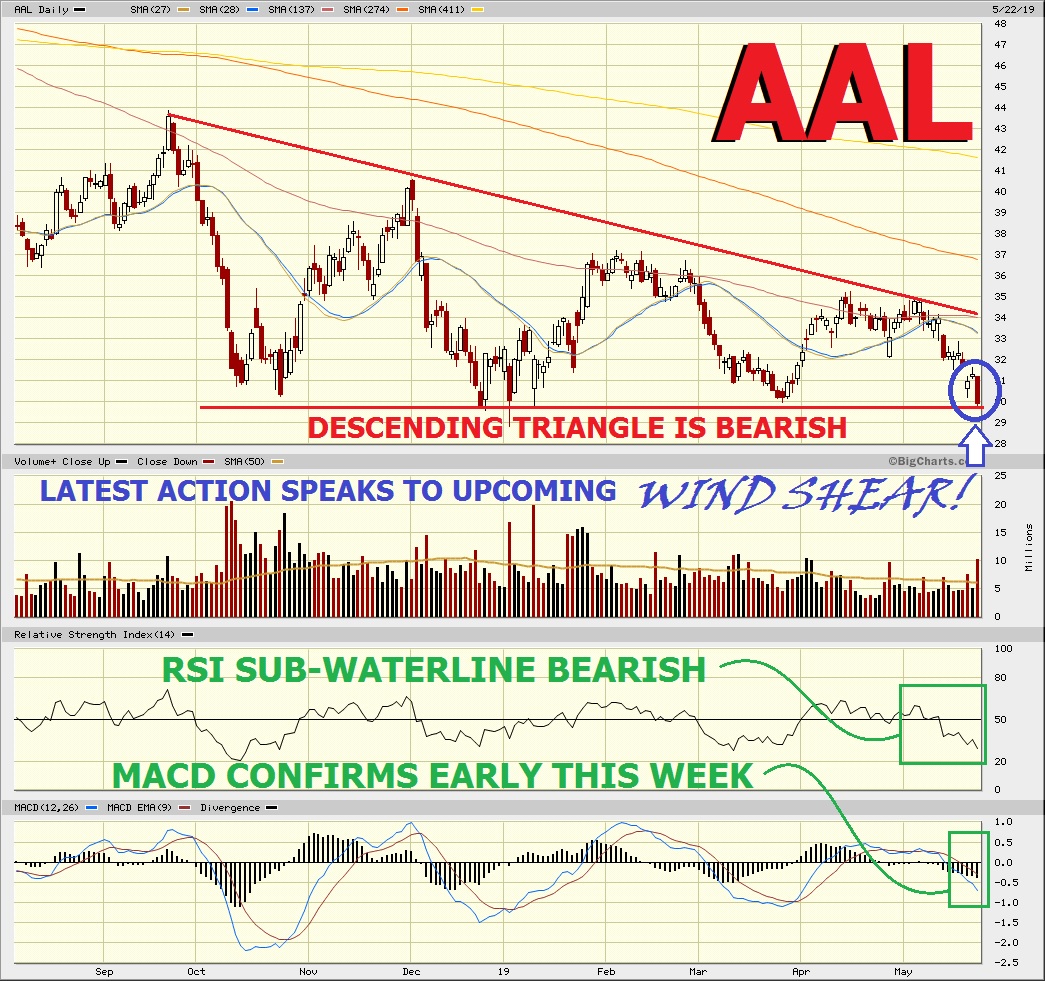 American Airlines’ shows a very clear descending triangle, with support at $30 (in red) and diminishing buying efforts from the bulls after every bounce off that line.

We’ve now reached a critical juncture (in blue), with price sitting directly on support, all the moving averages unfurled and trending lower and the bulls needing a move north of $34 to prove the world wrong.

In addition to that, we see both RSI and MACD sub-waterline (in green), also indicative of lower prices on the horizon.

Notably, we’ve yet to see a downside volume climax that would support any move higher.