When it comes to gold, there’s way too much emotion.

Yes, gold is real money, yes it’s eternal, and yes, fiat currencies will one day prove themselves a worthless heap of paper.

But we’re not there yet, and in the meantime, everybody keeps yelling. 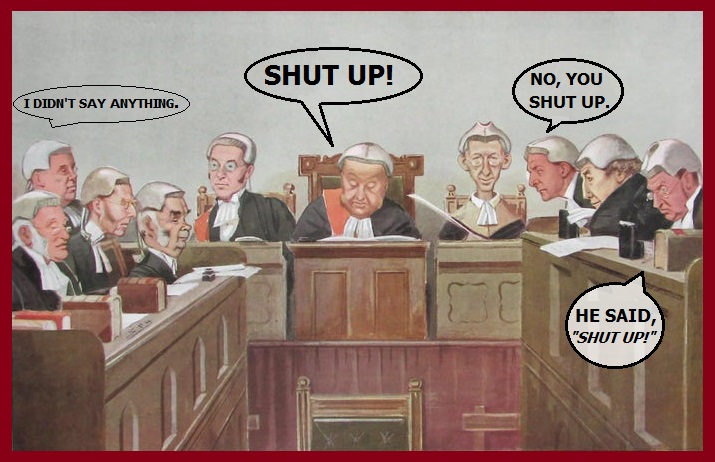 Because gold is one of those trigger topics that gets everyone polarzied and ready to shoot to defend their dame.

And what’s lost in all the punch-up is one simple reality – that there’s money to be made on the regular up-and-down movements of gold.

And today we’re doing just that.

And that means we’re placing a bearish bet.

But profits are the goal at A Jew and His Money.

So forgive us for treating your gal so coarsely.

We’re moving today on Royal Gold (NASDAQ:RGLD), a royalty mining company in the Silver Wheaton and Franco Nevada mold, that’s gone off recently on a drunken buckshot shooting spree and needs to settle down.

Royal gold has a bountiful portfolio, with interests in nearly 200 properties around the world that includes 41 producing mines and 15 in development.

For those who don’t know, precious metals royalty companies invest in miners in exchange for the actual mined metal to be paid back at a later date.

We like the royalty outfits and have made extensive use of Franco Nevada in the past.  But today we’re choosing RGLD because, of the three names cited above, she’s by far the most feverish.

Have a look at her chart – 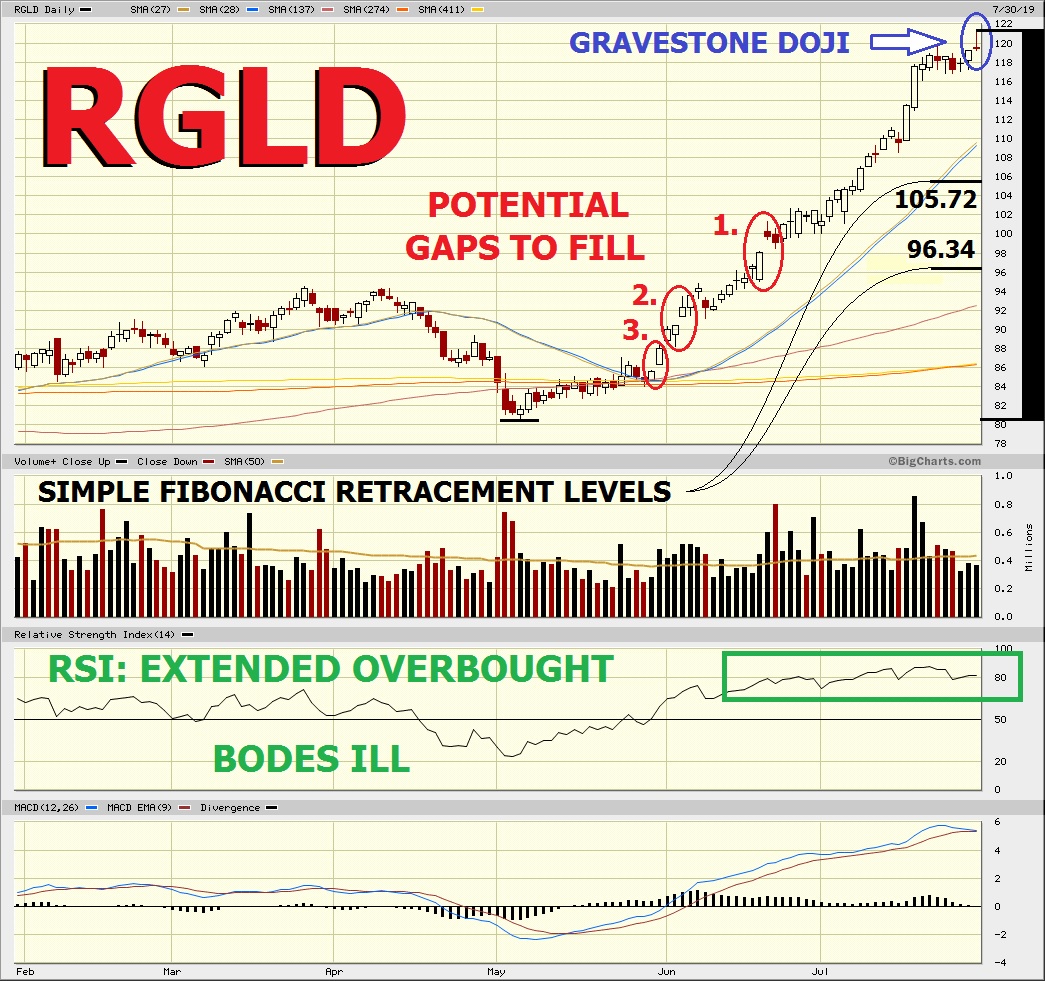 This is the daily paste-up for RGLD for the last six months, and it’s clear that a 50% climb in just three months has put the stock squarely in the wildly overbought category.

Gold itself rose just over 10% in that period, and while Royal Gold may possess the best leverage to the price of bullion in the royalty field, her move off the May 3rd bottom was, in our view, a tad exaggerated. 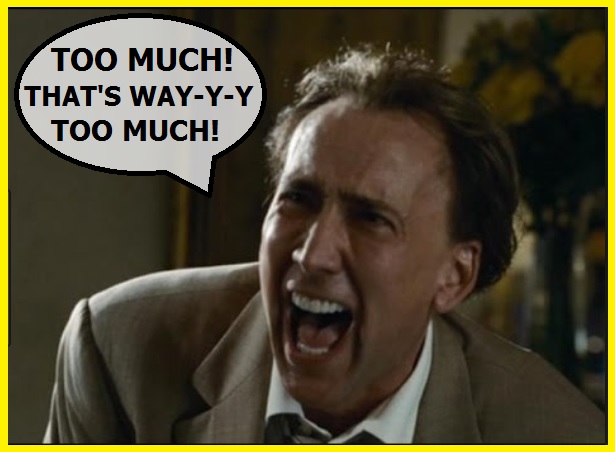 The Sellers Will Now Dominate

We said nothing for the last few weeks while RGLD was spinning about, blasting its ammo hither and yon, because the price of gold itself was still on the rise.

But now that bullion appears ready for a breather, we don’t think traders will have too much patience for Royal Gold’s latest juvenile paroxysm. 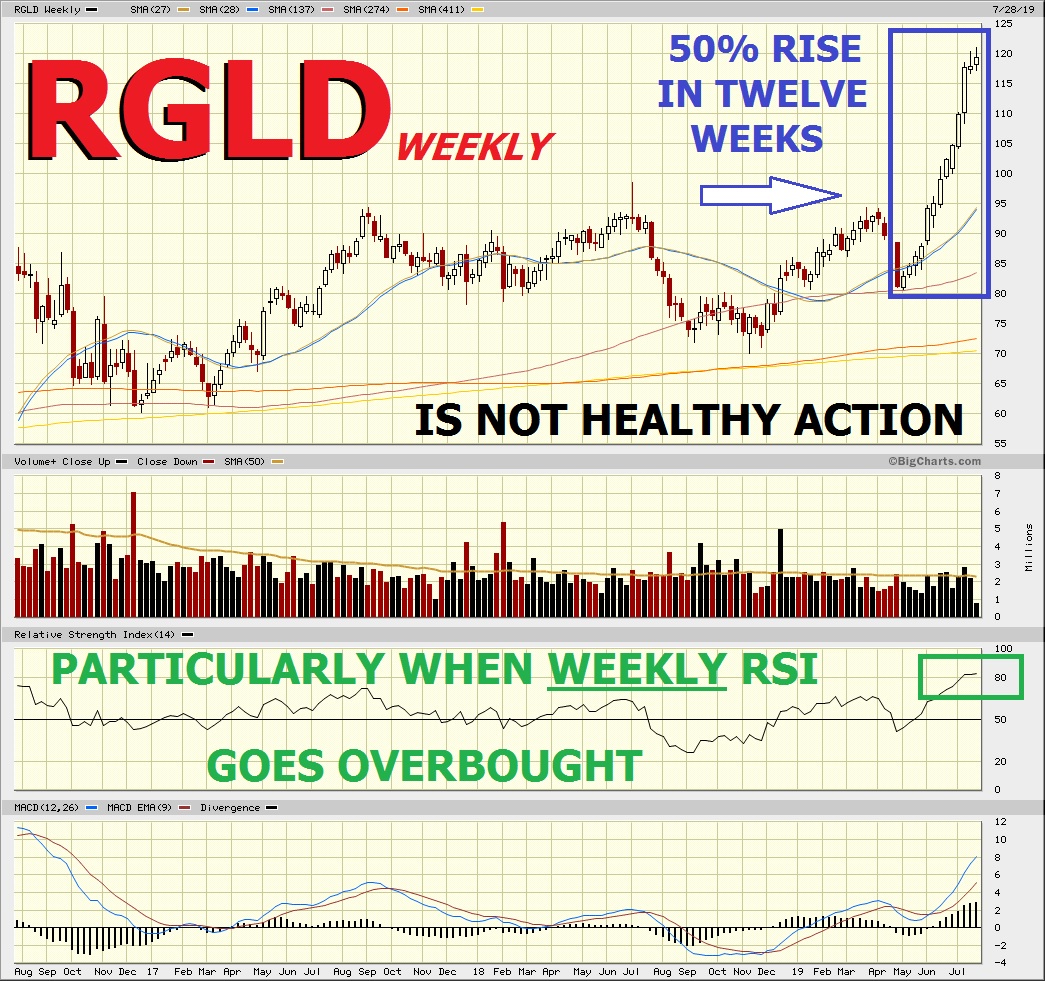 The weekly chart shows just how parabolic the latest price move was (in blue).  It also shows weekly RSI readings climbing into the highly overbought – a development that is both rare and dependably bearish.

And it’s for all the foregoing that we now offer a means of cashing in on gold’s furious flapping fatigue – and the inevitable fiasco that follows!