Just as garlic is headed toward commoditization, so, too, we believe, is pizza.

And that’s why we’re highlighting international grease merchants Domino’s Pizza today (NYSE:DPZ), a company that prides itself on peddling cheap goods to those who care little for their health. 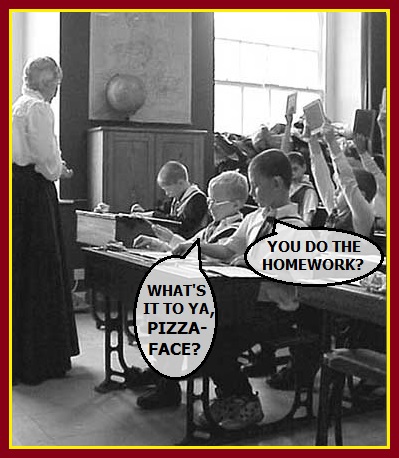 Domino’s sells more pizza globally via their 17,000 outlets than anyone outside Vatican City, yet still their stock is in trouble.

Not much to chew on there; so why did the stock see such a strong first half in 2020? 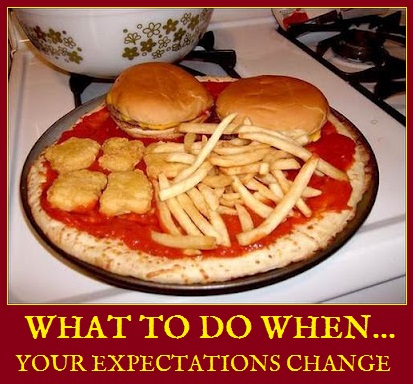 I didn’t order this!

Much of the guff surrounding the rise was Batflu related.  That is, fast-food delivery businesses were making a genuine killing at that time – including a number of exchange-listed pizza slingers – and Domino’s appears to have piggy-backed on their success.

That said, DPZ’s earnings were crusty by comparison.  Thin, you might say. 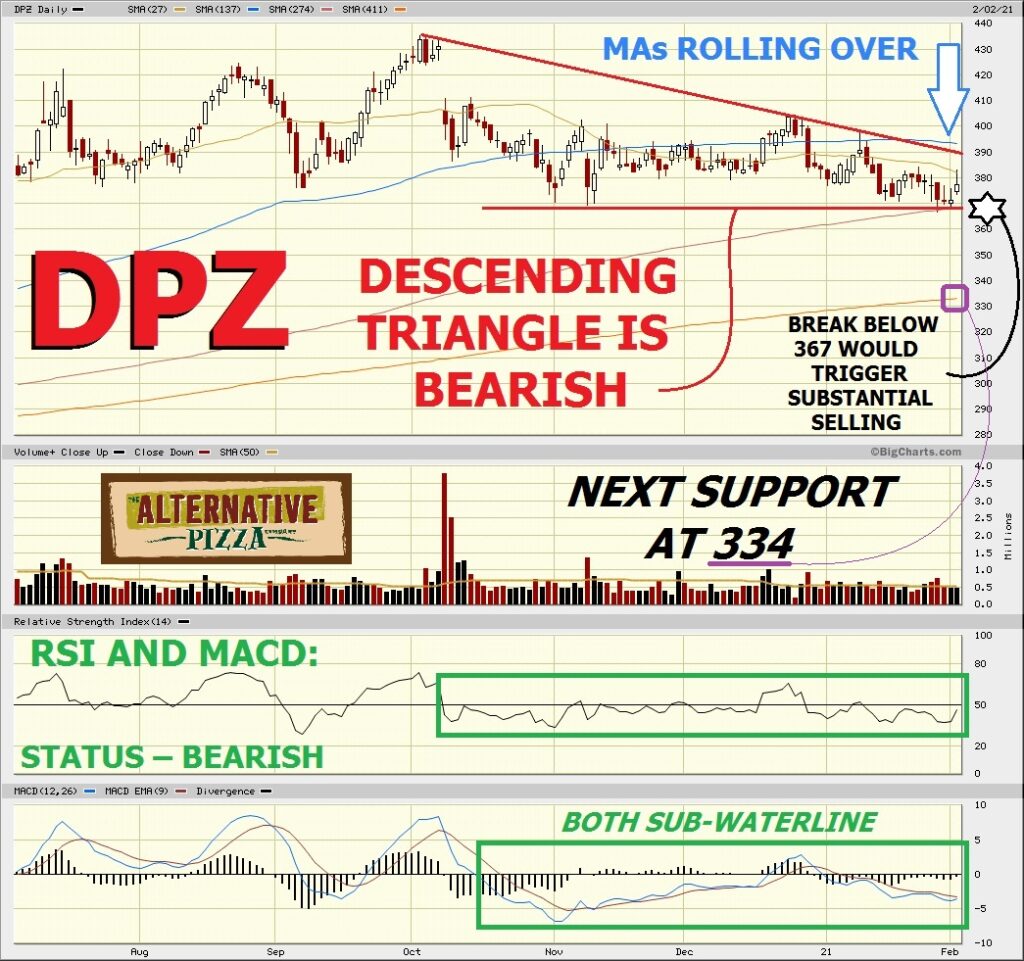 The stock has been tracing out a very long top and appears ready for a break.

Domino’s delivers Q4 numbers on February 25th, but we’ve a hunch the break may come earlier.

So we’re playing her against the broader market using the SPDR S&P 500 ETF (NYSE:SPY). 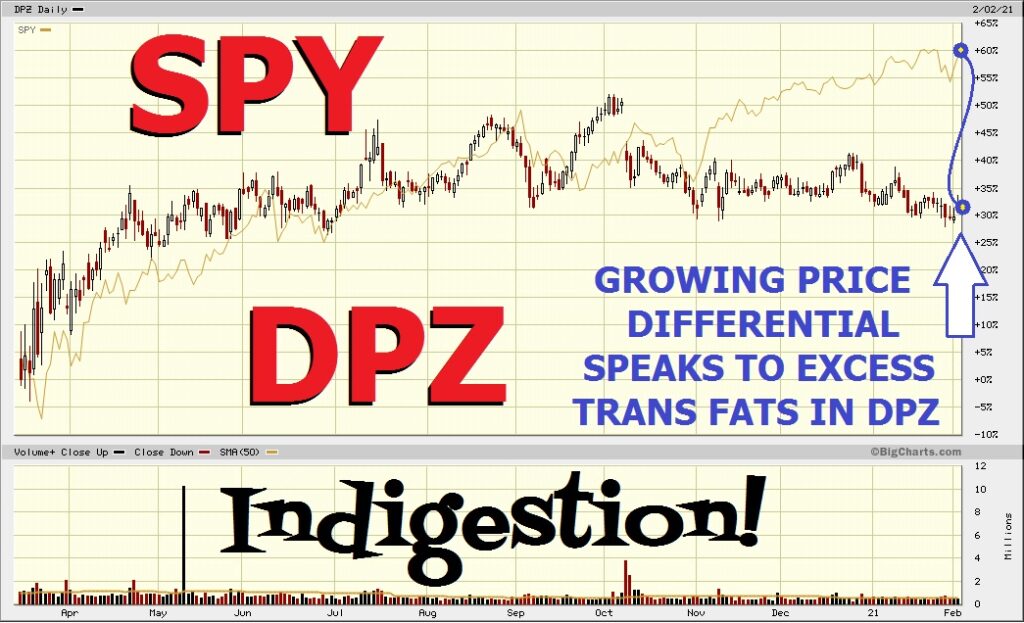 Clearly, DPZ has not kept up with moves in the broader market over the last three months.

With a decline expected for DPZ, we’re looking to maximize our profits with a PUT spread while minimizing our costs.

The SPY CALL spread offers much fatter premiums than similar DPZ spreads, so we’re using it to offset the purchase.  SPY is also in the midst of a topping pattern, so we feel comfortable selling the spread.

Maximum loss on the trade is $18.23 (difference between the CALL strikes plus initial debit).

Maximum gain on the trade is $21.77. (difference between the PUT strikes less initial debit).

« Previous Post
Today – 284% PROFIT! And… Are You a Party to the Destruction of Wall Street? (EXPE, WIX)