A quick reminder before we offer you a drink.

Our THRM/SPXS trade of last Monday saw the THRM STOP buy order triggered last night.  To keep the trade square, as you know, requires you to sell the shares again at the open and reset the STOP (if you haven’t already done so) at THRM 68.

Remember, any STOP purchase should lead to the immediate entry of a STOP sell at the same price to keep the trade square.

Until it’s closed, the trade should always have an open STOP order.

Now to this week’s trade… 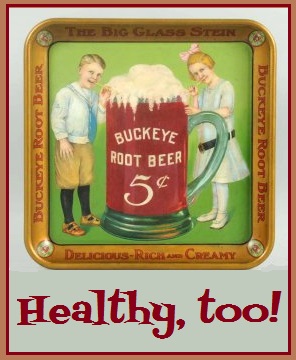 Florida’s Celsius Holdings Inc. (NASDAQ:CELH) markets poison potables as “health beverages”, and the stock bespeaks the success they’ve had since the Batflu bottom back in March.

Shares are up over 1200% (!) in that period, but we’ve a hunch there’s already far more priced in than these purveyors of bottled “fitness beverages” can reliably boast.

Indeed, we’re of a mind that the company’s “functional calorie-burning” beverages (whatever that means), will soon give way to a literal burning of company share certificates, as investors come to grips with the fact that Celsius’s latest liquid refreshment flavor, JACKFRUIT, in effect turned them all into –

Sorry, Jack, but fundamentally, the stock is little more than root beer.

Get a load of this –

And then there’s the charts. 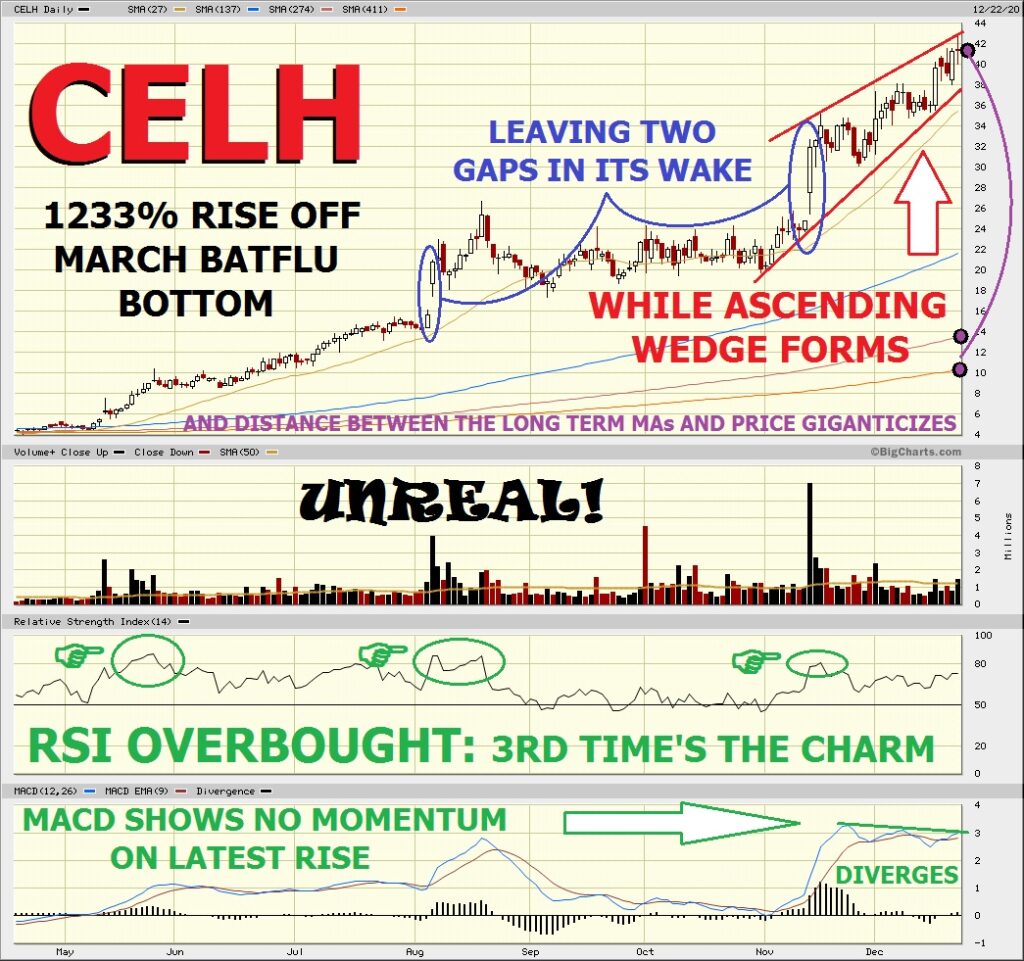 Bottom line is CELH has gotten too far ahead of even her most optimistic growth expectations.

And the insiders know it.

That’s why we’re offering the following –

Rationale: a move lower for CELH is likely coming soon, and when it does, our long PUT should pay off nicely.

We’re financing its purchase with the near term 45 PUT because a) these things generally take longer to unfold than we expect, and b) with just three weeks before expiry, the time value on the short option should wither much faster than the long, leaving us with something nice come January 15th.

That said, our options our open, so to speak.

If CELH is trending lower at first expiry, we may choose to leave the long option to drop further before selling.  We could also repurchase the January expiry early, should CELH hover drone-like in the 45 range.

Calendar spreads do not allow for max and min tallies.  But the long PUT will carry increasingly greater time value than the short PUT as January expiry approaches, and – we’re predicting – a fatter implied volatility, too.