The stock has performed like H-E double hockey sticks for the last two years, dropping an eye-popping 45% while the rest of the market was up over 15%.

Gone are the glory days, when the company invented materials such as Teflon, Mylar, Dacron, Lycra and Orlon – most of which are known today to be toxic (and which DuPont knew were dangerous for decades, but shhh…).

Today, they’re focused on chemicals that are more difficult to prosecute. 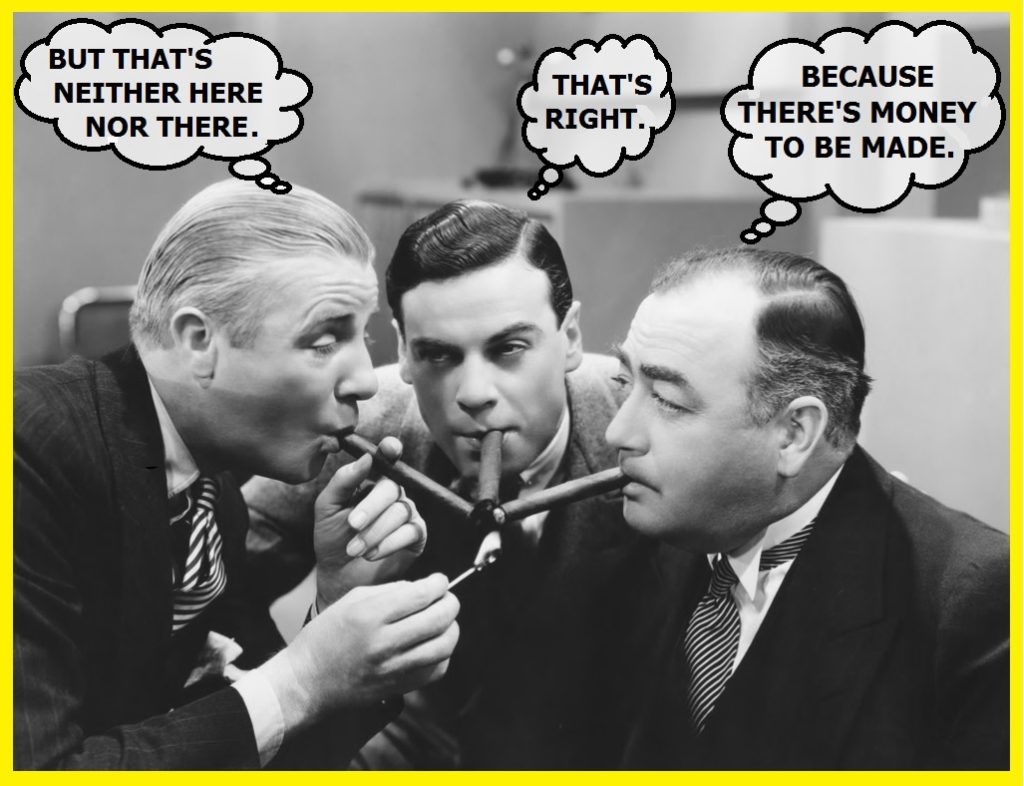 The company’s fundamentals are perfectly in order, but today they’re facing bigger issues.

Like Bayer (BAYRY), which we highlighted in this space less than a year ago, DuPont could face substantial losses in court.

Two weeks ago, a bill was introduced in Congress that would place a range of hazardous chemicals on government watch, open DuPont (and others) to litigation, and, if passed, force them to spend billions on clean-up expenses in a number of states.

More than that, it could prove a PR nightmare and put the company on a defensive footing as health and environmental activists begin to shake the hankie. 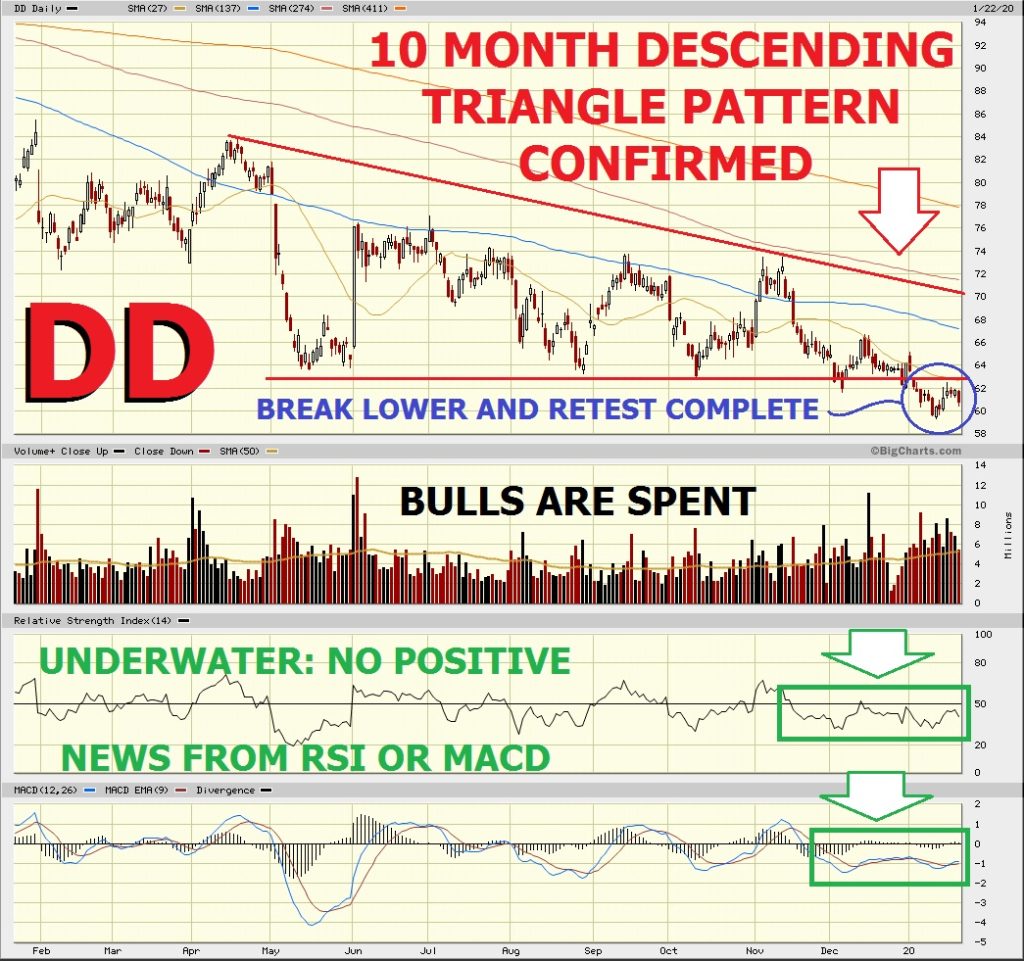 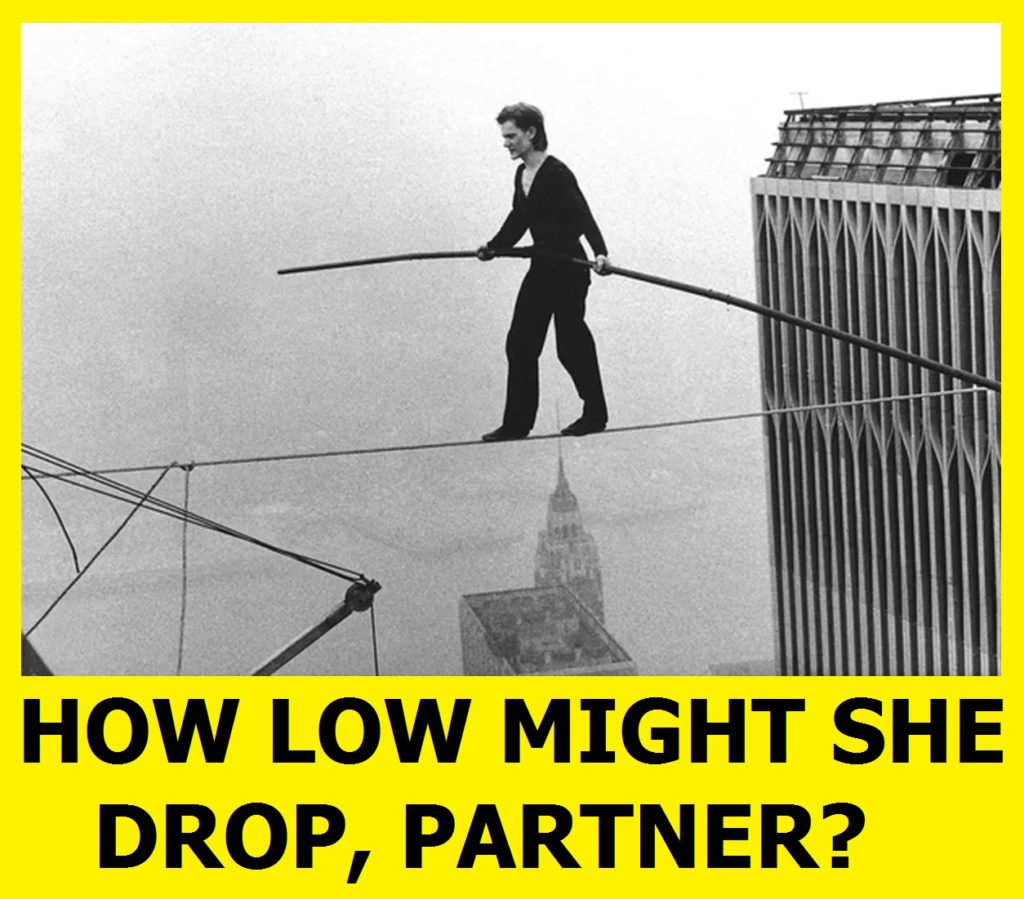 But with the rest of the market on an immoral tear higher, and DD barely clinging to her high-wire act, we believe any weakness on the broad market indices would trigger a tumble.

That said, it pays to get some perspective from a longer term chart.

This is the DareDevil weekly paste-up for the last three years. 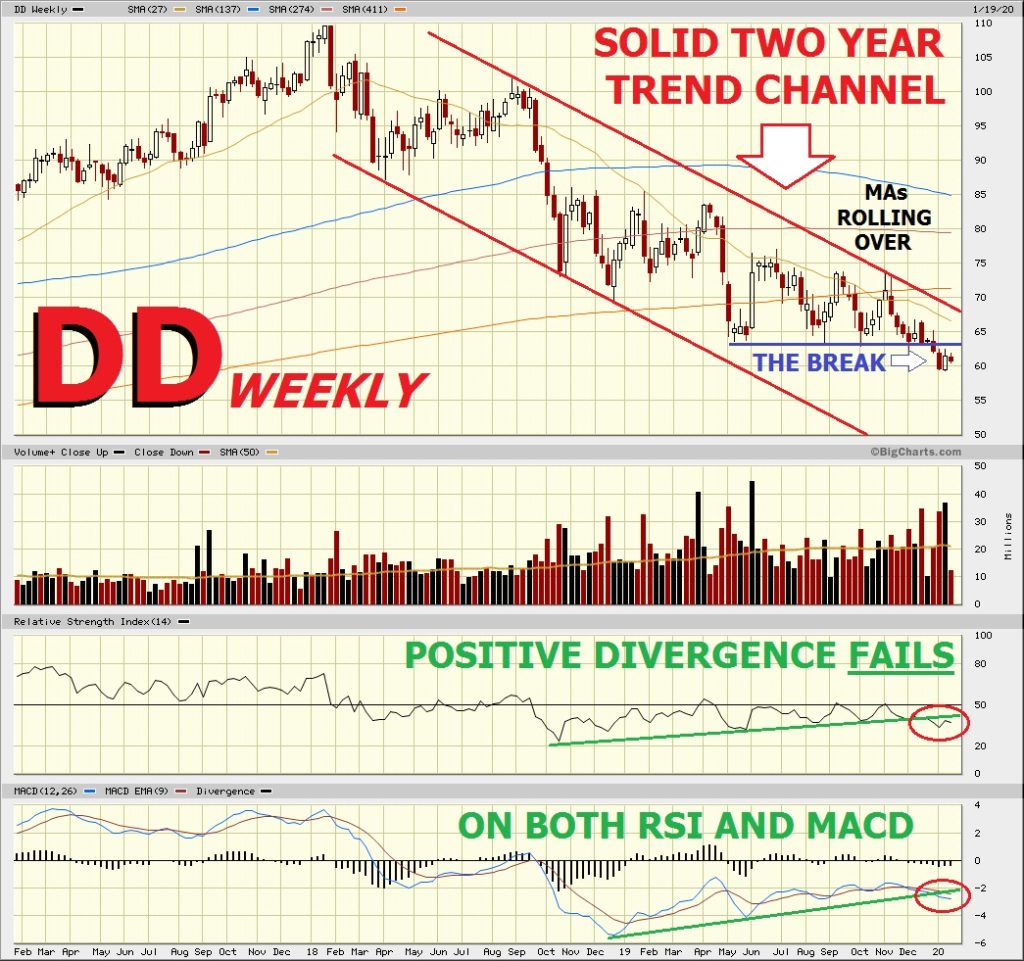 This is the beginning of a new leg lower for DD, and we’re playing it by buying a PUT spread.

Maximum gain on the initiative is $2.98.