Today’s trade is brought to you by the New World Order – the same slime that wants you to give up all that’s meaningful in this world, and … well, just trust them.

Alan B. Harvard will have more to say about the so-called New Age in a coming letter, but today we’ve got more pressing business.

Today’s trade is pinned on the SPDR S&P Homebuilder ETF (NYSE:XHB), an ETF that’s only marginally related to homebuilding per se, and more geared toward materials and furnishings offerings like Lowe’s, Home Depot, et al.

Either way, though, the homebuilder run has been perfectly Babellian, and we believe the biblical crash and burn that followed that tower’s construction is about to be repeated. 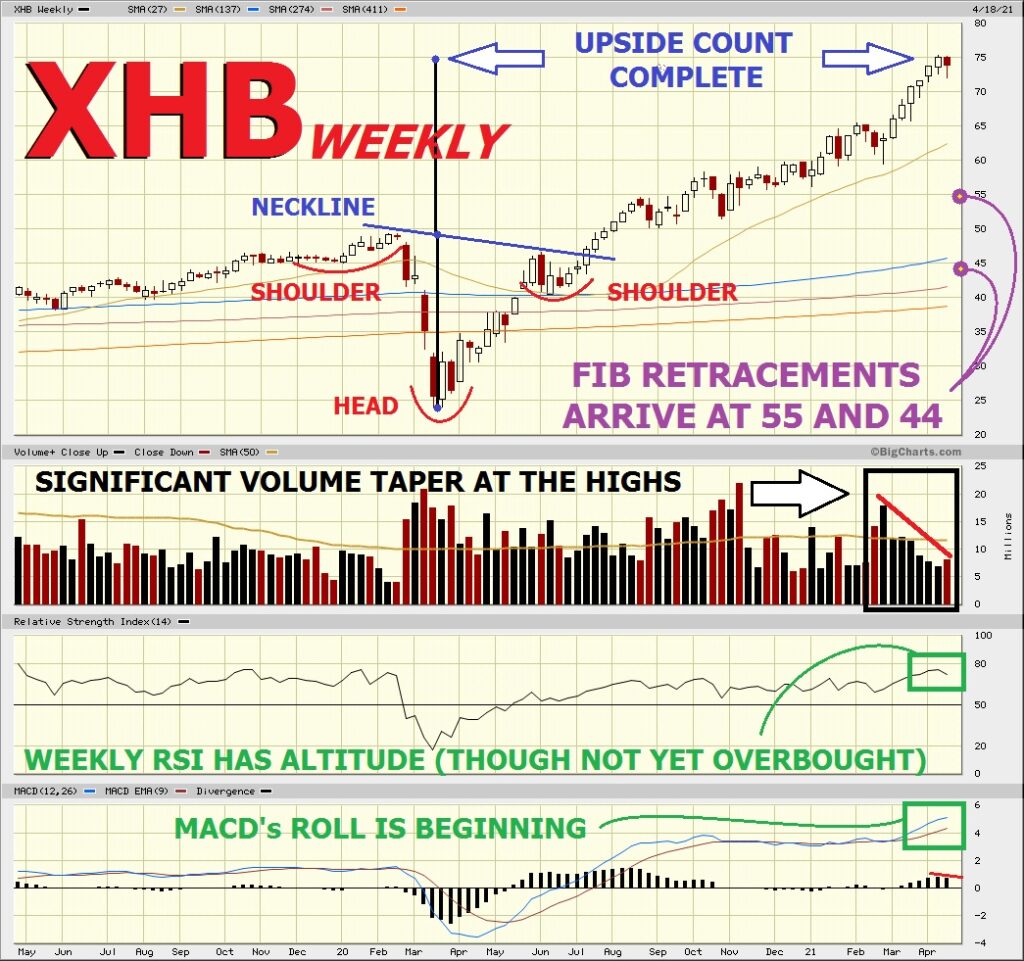 Rationale: with a decline in the offing, we see the structure of the trade offering our best opportunity to profit.

Spreads on the options are outstanding (tight), and that means any decline will pay off both quickly and handsomely.

Be sure to set a new STOP sell on the shares at 80 should the STOP buy be triggered.

Thereafter, reset the STOP buy at the same level (80), should the STOP sell be activated.  And so on.  The trade should always have an open STOP at 80 to keep the trade square.