Heavy Metal From the Shtetl (KOF,FCX)

A lot of folks are talking about dollar weakness, but we don’t see it.

Our take on the buck?

Still plenty of upside for the taking.

And we don’t pay heed to the jawboning of the President – or anyone else – because the dollar is as the dollar does. 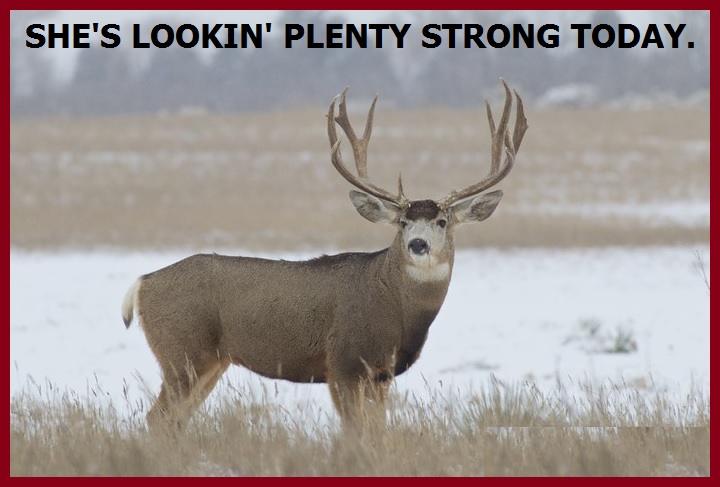 The President may desire a weaker currency, and it’s obviously better for business, but we don’t believe he’ll intervene in currency markets so much as threaten to do so in order to influence some selling.

There’s simply too much at stake – particularly now that trade negotiations with China are at a standstill, and the economy, both locally and globally, his hit a headwind.

It Pays to Open Your Mouth

Yes, it’s true that the threat of a weaker dollar will help the Donald in his MAGA standoff with the Chinese.

And that’s likely why he’s doing it.

Because while Beijing is already engaged in a devaluation of the Yuan (as is Brussels), were the U.S. Treasury to start printing currency, it would smack our competitors square in the mouth.

And that’s a prospect nobody relishes.

So, when the President moans that interest rates are still too high (and relative to the rest of the developed world, they are), it’s less than likely he’ll get the rate cut he’s seeking from the Fed.

Hence his call for ‘stimulus’ via another round of QE, or some other, similar currency-diluting measure.

The Power of the Powell

Indeed, the Fed has started reducing rates, but can’t do a whole lot more, considering that nascent signs of inflation are already turning up hither and yon.  So the President won’t get a weaker dollar via declining rates.

In short, a weakening of the dollar won’t happen because there’s no getting around the fact that the U.S. economy, for all its sputtering and wheezing and coughing, is still the best performing setup in a bad global lot.

So the dollar will be stronger.

And that means commodities will continue to be under pressure.

So how are you trading it?

Before we get to the details of this week’s trade, we’ve got one to close down.

It was delivered to you exactly two months ago, on May 26th, in a letter called Tastes Like Hell, Rots Your Teeth and The Share Price Just Hit a Wall! 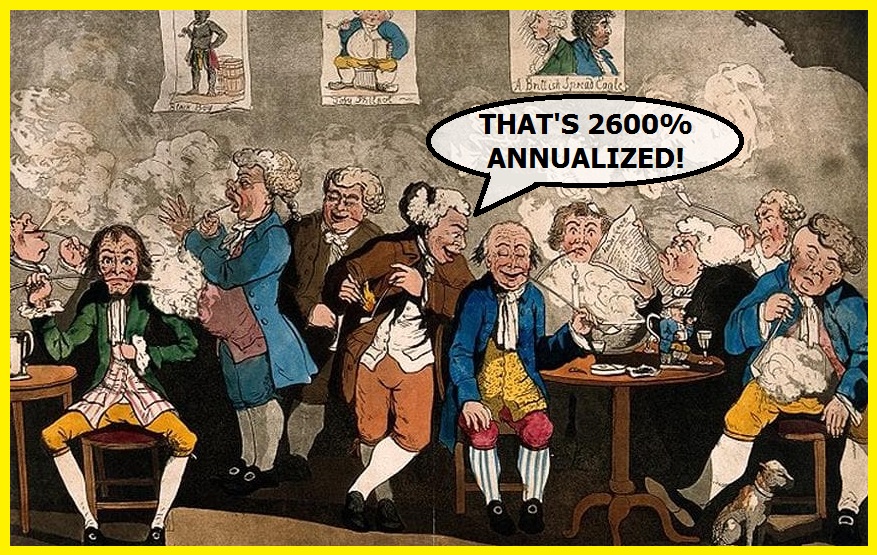 As for today’s trade, we’re focusing on commodity powerhouse and metals miner extraordinaire Freeport MacMoRan (NYSE:FCX), an outfit whose stock bounces around sweetly, and therefore always makes for a good trade. 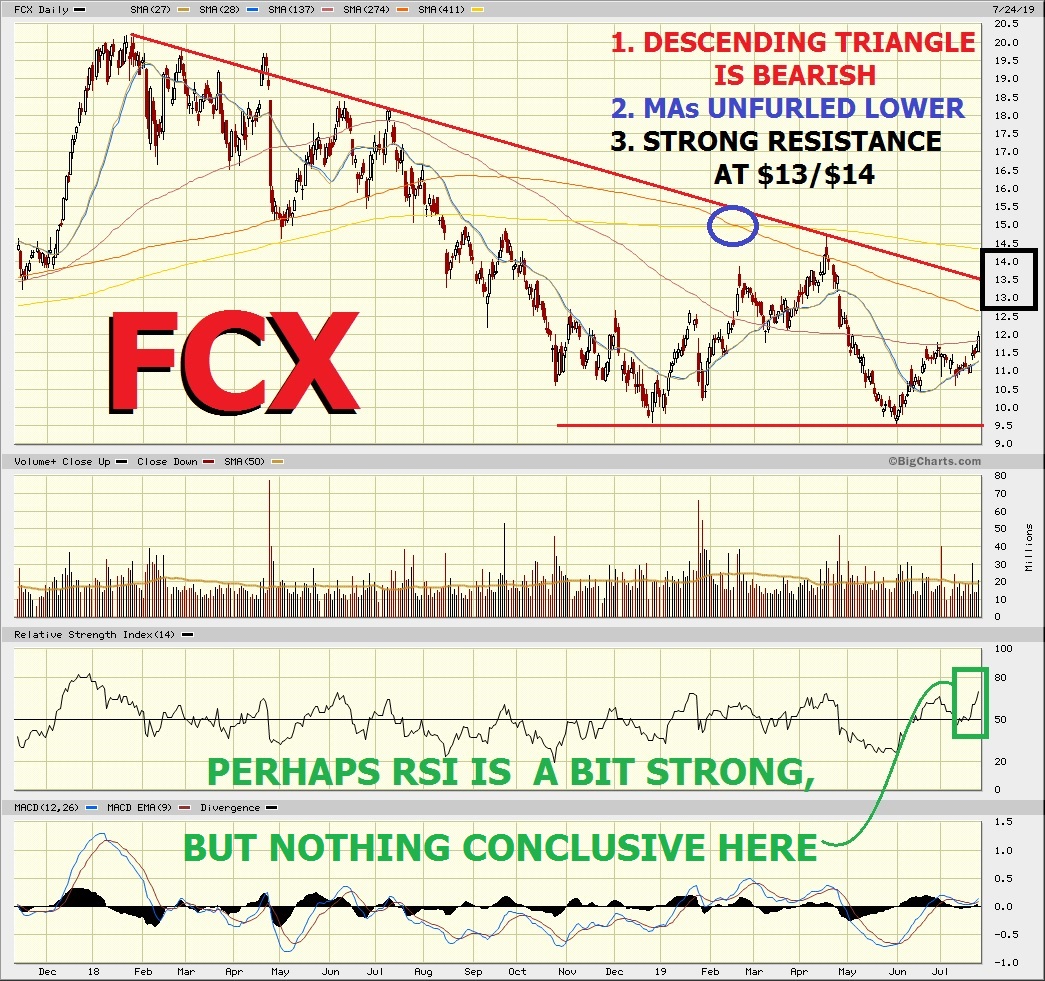 Technically, she appears ripe for a selling event.

There could be some play between those levels for another month or so, but we believe a break lower is on the way.

And we’re playing it by selling a Call spread and using the proceeds to purchase a PUT.

« Previous Post
Are you now, or have you ever been, a victim of… REVENGE MACRAME?

Next Post »
Massive, Rollicking Profits! Get That Dental Work You Always Wanted! (XOP,DIA,ERIE,PENN)