This week’s trade is downright wunderfuel, based on the prospect of a continuing recovery in oil over the next couple of months – to the tune of at least 15%. 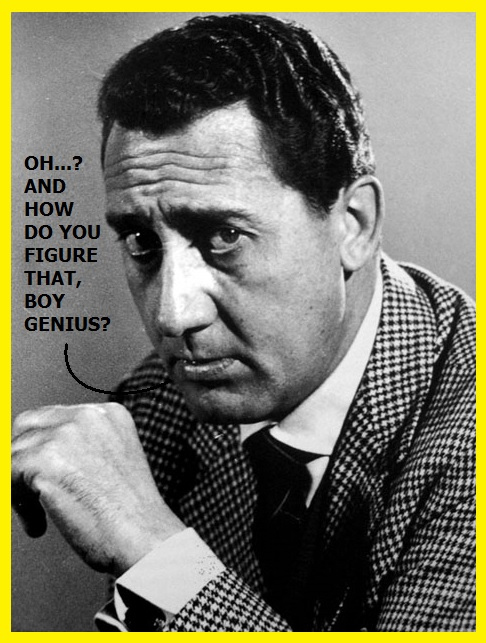 A number of factors are steering us toward that projection, and none of them involve witchcraft.

So we’ll leave those aside for now.

Ongoing pressures in Venezuela and Iran are what’s driving higher fuel prices over the near term.  Sanctions against both those countries continue to restrict supply, while continuing unrest in Venezuela has taken a dramatic turn for the worse this week.

Thumbnail Analysis: so long as the U.S. is openly pushing for regime change in Venezuela (and in Iran soon, too), there will be enormous pressures on that country’s ability to manage its energy output.

A China Deal in the Works?

Moreover, it appears probable that we’re heading toward a U.S./China trade deal that would also be net-positive for oil.  It’s a simple matter of a sputtering Chinese economy getting a boost from an end to the trade war, an event that would spur both Chinese manufacturing output and their demand for oil.

As the Chinese economy is still the world’s foremost engine for growth and the planet’s biggest consumer of a broad range of commodities, look for progress in the deal to be all-commodity positive.

The Saudis are continuing to take supply off the market and are forecasting their intentions to restrain themselves for at least the first half of this year.

And that means we have a trade, Rocky.

But First the Technicals

This is a look at the United States Oil Fund (NYSE:USO), a reasonable proxy for NYMEX crude, for the last six months. 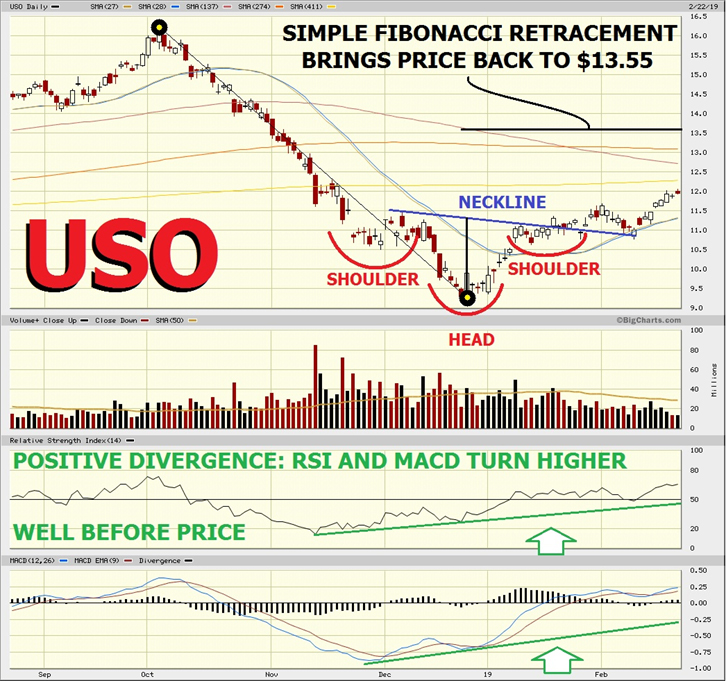 We’ll start with the positive divergence (in green, at bottom), a bullish indicator if ever there was one.

As you can see, the downward momentum of the move that began in October was already running out of juice by mid-November, with full upward momentum commencing at the start of December, nearly a full month before prices bottomed.

The divergence was confirmed by a reverse head and shoulders pattern that was completed in mid-January (in red), and according to whose neckline (in blue), we could see an upside count that brings USO to at least $13.55.

More than that, a simple Fibonacci retracement calculation speaks to a bounce that takes the shares to precisely that same $13.55 level (in black). 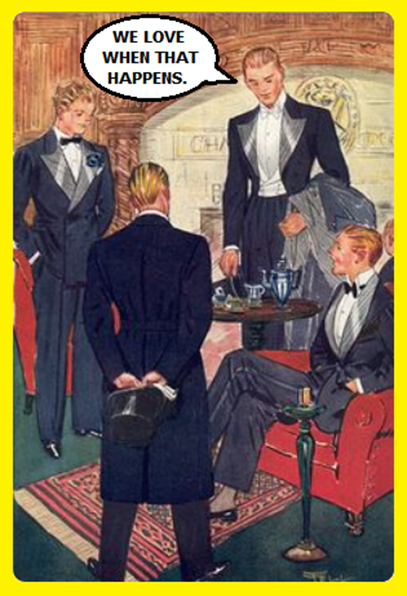 And it’s for that reason we’re recommending a mid-term play that’s long oil.

We’re giving this one more than enough clock to play out, so that even if there’s some play at the current level, the juggernaut will sure enough find time to proceed.

And that’s about as slick as it gets.

Next Post »
Play the China Trump Card, or Why Quarterbacks Should Wear Dresses (FXI)