I Yell, Therefore I am (SLV)

Before we offer up a new trade this week, we have one to report on.

We spoke about rising oil prices last week, and WHAM-O! Jack, we got ‘em.

In Higher Oil Prices In Store, we recommended a bullish trade on USO that looked like this –

The action has been bullish, friends, so we’re shutting her down.

And that smells nice… 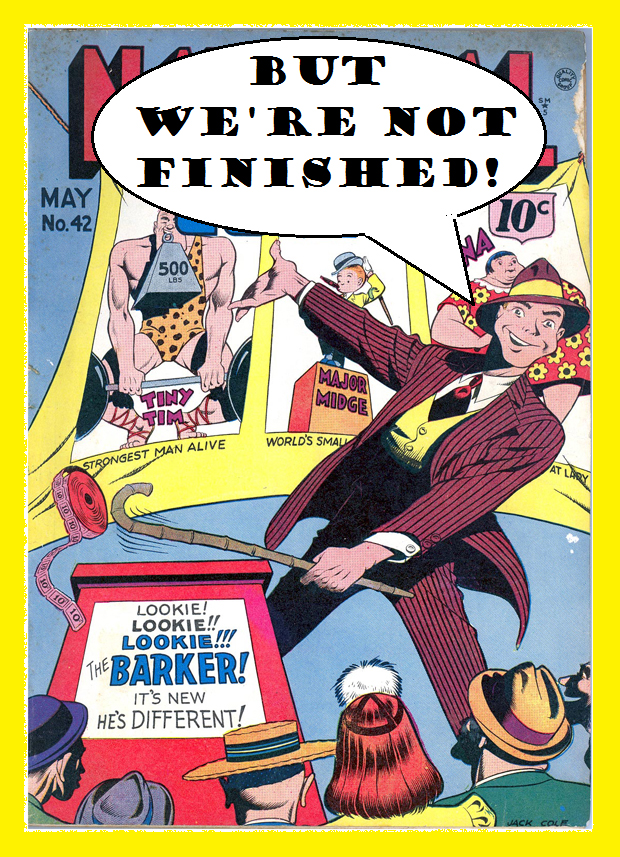 Part of the reason we’re terminating last week’s venture is the current strength of the dollar (not to mention the tidy sum earned on the trade).

In short, dollar strength is commodity negative, and we’d be remiss if we didn’t address the buck’s intermediate-term prospects.

With that in mind, have a look at the daily chart of the US Dollar Basket (DXY) for the last year – 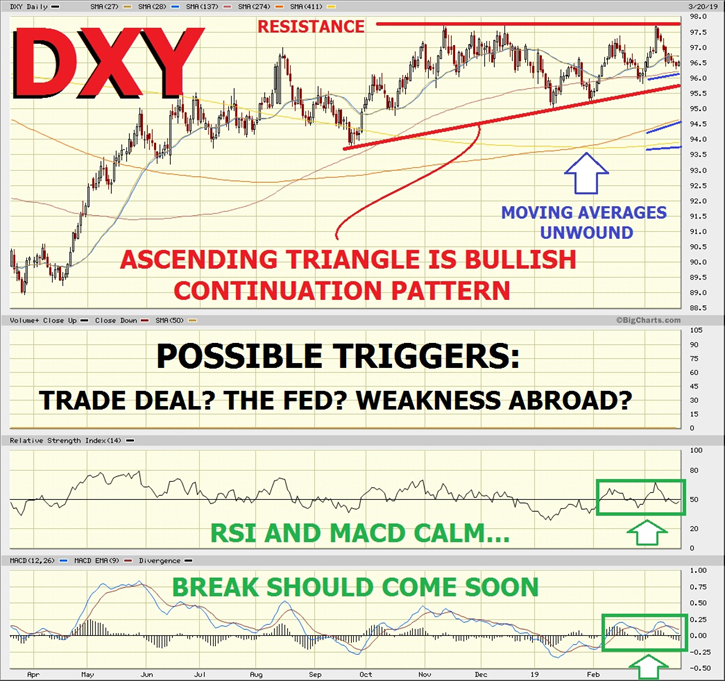 How long it will take for that to occur and what might cause it are, of course, unknown.  But what can be expected is a continued churn between DXY 96 and 98 until either 1) the Fed sees signs for another hike, 2) competing currencies (most likely the Euro) take a tumble, or 3) we get a MAGA trade deal that brings hoards of new money into the country to cash in on both perceived and real American economic strength.

What’s also clear is that the dollar has fallen out of favor of late.  After being THE pick of global investment managers back in December and January (and a close second in adjacent months), the long dollar trade has dropped out of fashion in a huge way.

And that, too, is a contrarian plus for dollar bulls.

It’s not the dollar, however, that’s caught our fancy here.  Rather, we see the potential for a meaningful drop in the precious metals as the buck heads north, and we’re recommending you consider the following trade – even before the dollar makes its move.

It’s silver we’re after, and this is half a year’s worth of the iShares Silver Trust (NYSE:SLV), the most widely traded silver ETF on the planet. 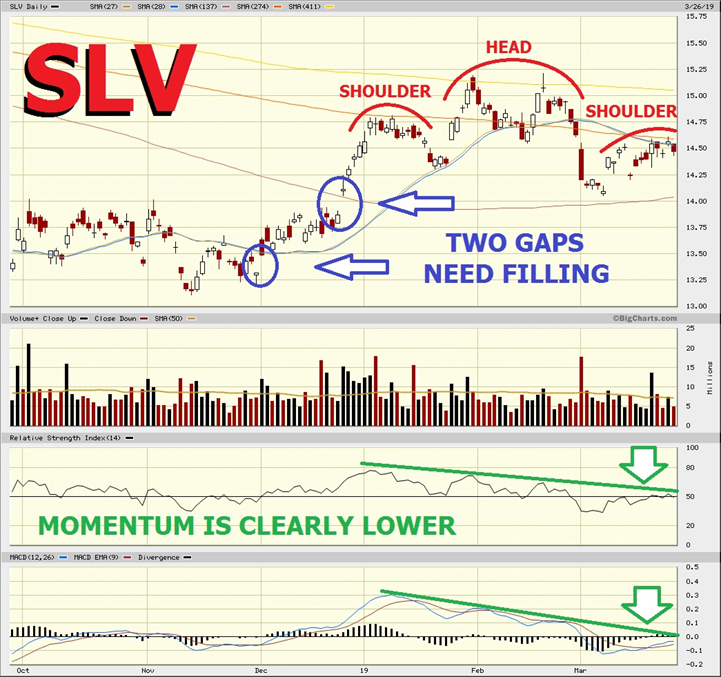 Both RSI and MACD (in green) show a security that has been losing momentum – even as buying has driven the price of SLV higher.  Both indicators are also sub-waterline as we write, indicating technical selling is likely to arrive shortly.

We note, too, that there are two gaps to fill on the downside (in blue), the lower of which coincides precisely with the southbound count on the Head and Shoulders pattern.

And expect it to unfold in the next eight to ten weeks. 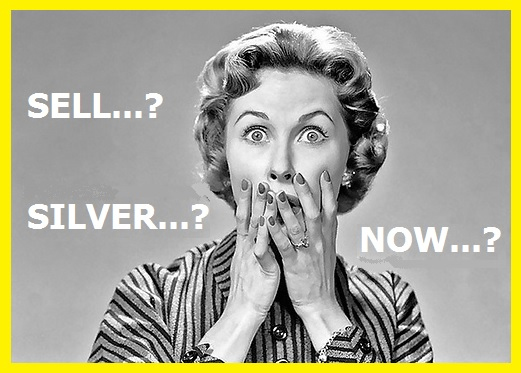 With that in mind that we offer you the following…