“I’m sorry, Junior. But Ketchup is not a Food Group” (KHC)

In our ongoing battle for nutritional supremacy, we’ve decided to move deeper into the field of publishing, penning what we believe will eventually become the Ur-text of all gut-happy, keto-friendly, GAP- and AIP-approved bullet-proof eating for centuries.

The book’s tentatively entitled Thus Sauteed Zarathustra, and though it’s still in beta (as they say), we’re confident the first printing will end up a collector’s item.

So keep your eyes peeled and wait dutifully for your Amazon Gift Card to arrive.  It’s the one book no home library should be without. 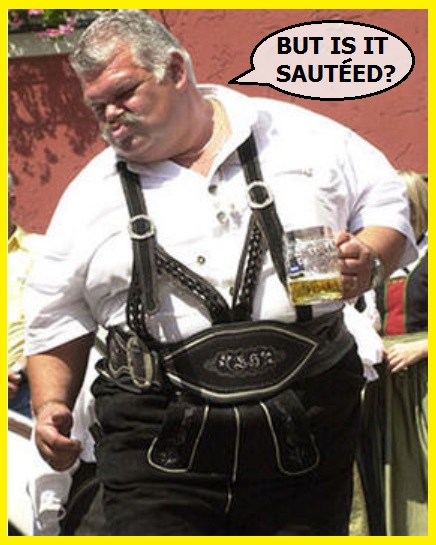 Now back to investing!

No, ketchup is not a food group, but it may be the most underrated stock condiment going.

And that’s not to say anything about macaroni and cheese.

Yep.  You guessed it.

Our trade today is with none other than Kraft Heinz Co. (NASDAQ:KHC), purveyors of edible poisons for over 150 years. 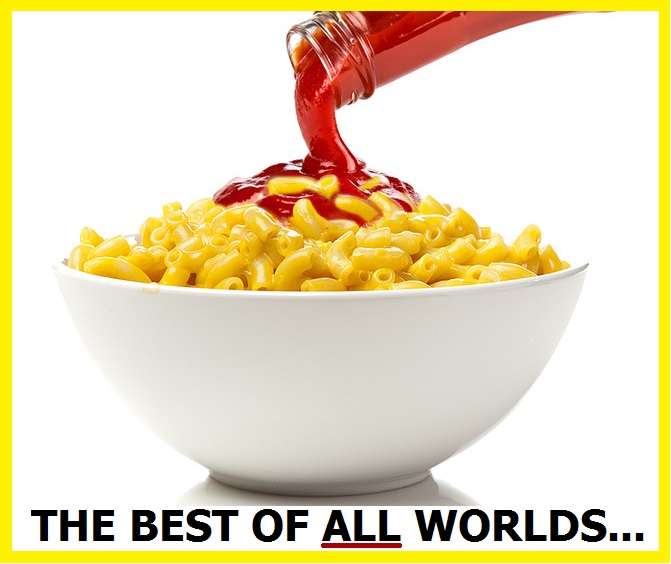 Yes, the company’s shares have been squashed for nearly three years, falling from a tomato red high of $98 to a powder-like, cheesy low of just $25 in August.

But valuations look brighter for that, and the company has done a great deal of soul-searching to remedy the sad decline of their stock.

And now to the charts… 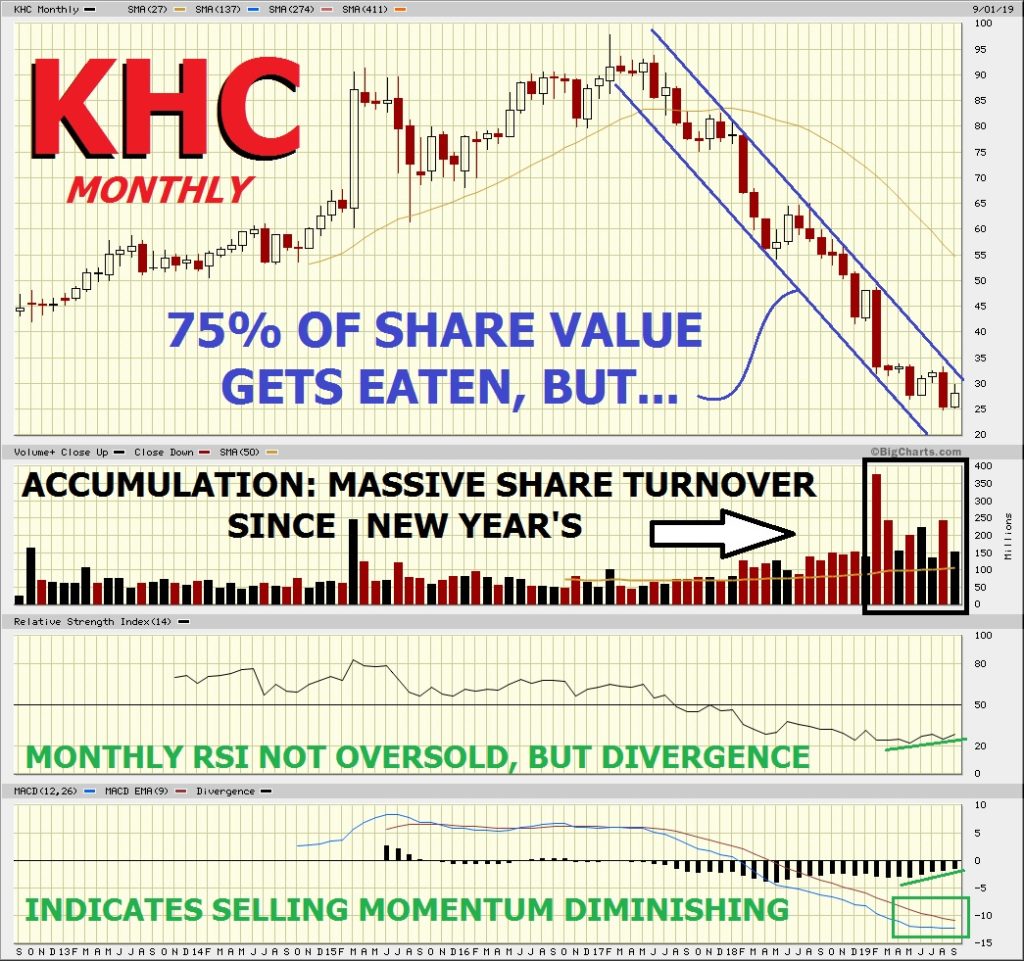 This is the monthly, and it illustrates well the length and depth of the stock’s decline.

But note, too, 1) the positive divergence (in green) over the last half year, coinciding with 2) the massive turnover in shares (in black).  This is a sign of accumulation and it bodes well for KHC bulls. 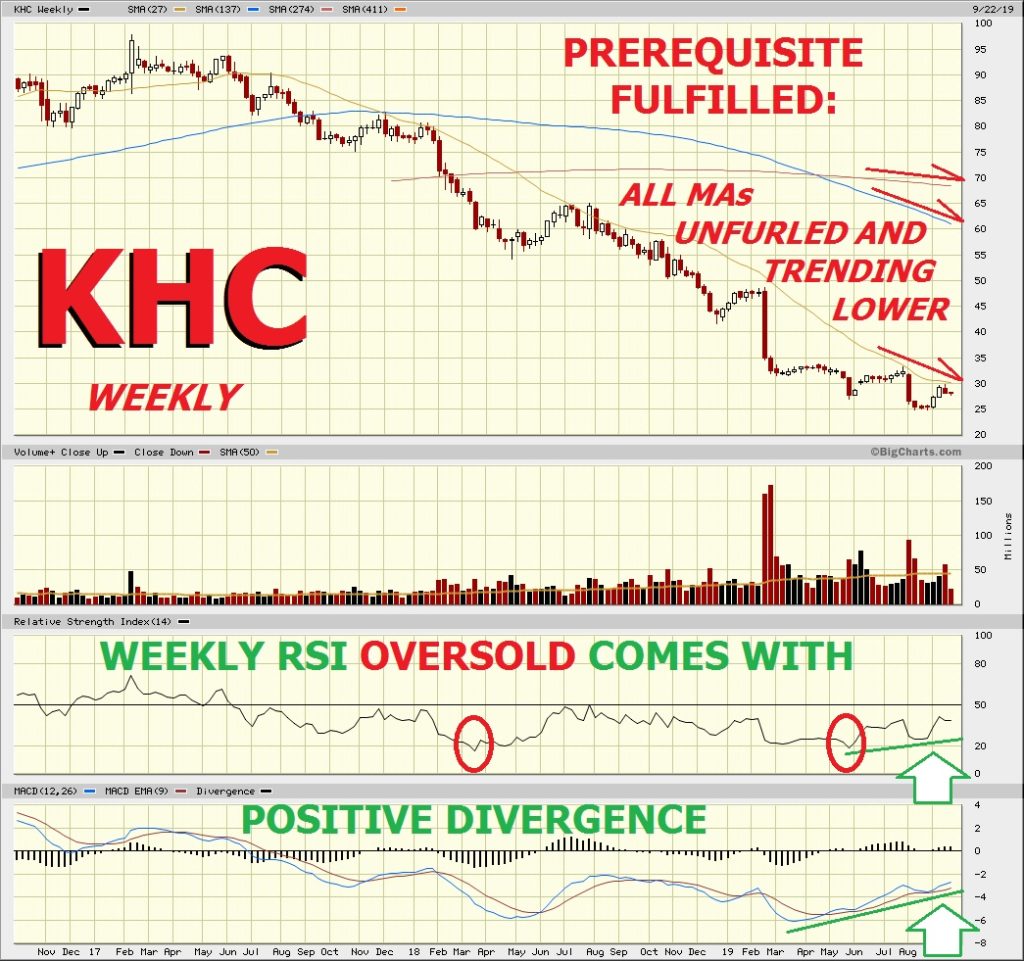 We’re generally of the opinion that major turns in share price occur only after all the salient moving averages are unwound and trending together – in this case, lower. 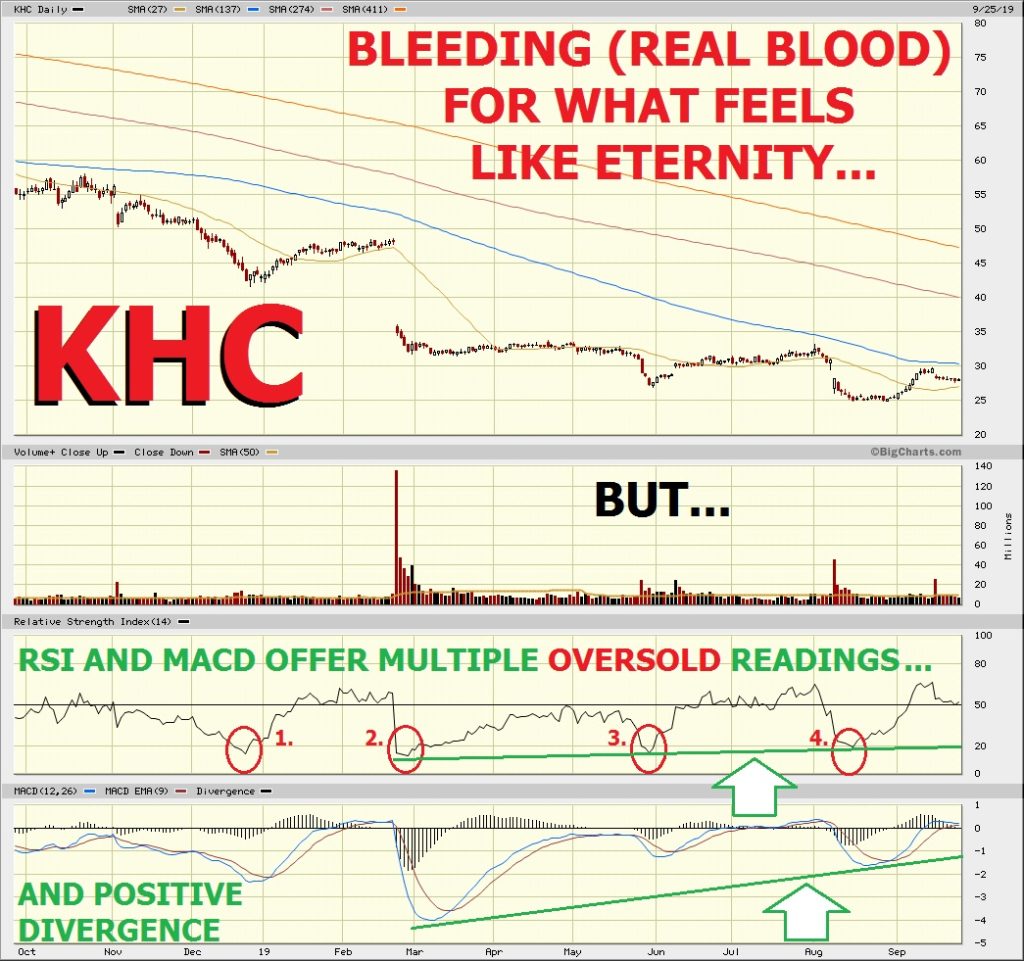 And one more thing.

One response to ““I’m sorry, Junior. But Ketchup is not a Food Group” (KHC)”