LGBTQ? – What Ever Happened to a Simple BLT? (KOL,TLT)

Who can understand the language these days…?

Don’t want to sound like an ol’ fuddy-duddy, but the way the kids write to each other is perfectly abominable.  Not only is their prose grammatically unsound, but their spelling, too, is downright atrocious.  And as far as we can tell, much of it’s done on purpose! 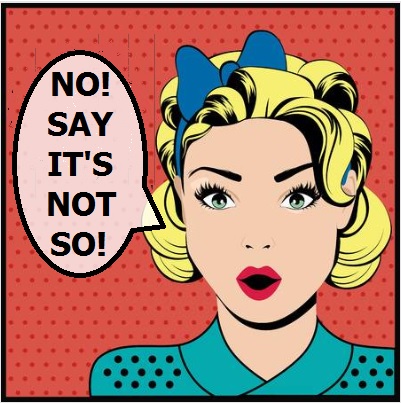 The web and chat houses and text lines are so full of newspeak and acronyms and short cuts and tzimtzumim that we find it next to impossible to figure out what’s being said.

And that’s not to mention all the new terms and language invented to promote the latest fads and ideologies that academia and the mainstream media regularly foist upon us.

Can you imagine – a fella can’t go to a restaurant these days and grab a BLT without seeing the letters rearranged to support that other abomination referred to in our title.  It actually happened to us.

Tell me, was anyone in that restaurant worried about the hogs, whose ‘B’ for bacon was culturally misappropriated by the restaurateurs’ deviant ideology?  Did anyone care about the clear micro-aggression committed against the patriotic porcine population of our land?  And was it politically correct to deny to the innocent piggies amongst us their legally enshrined animal rights? 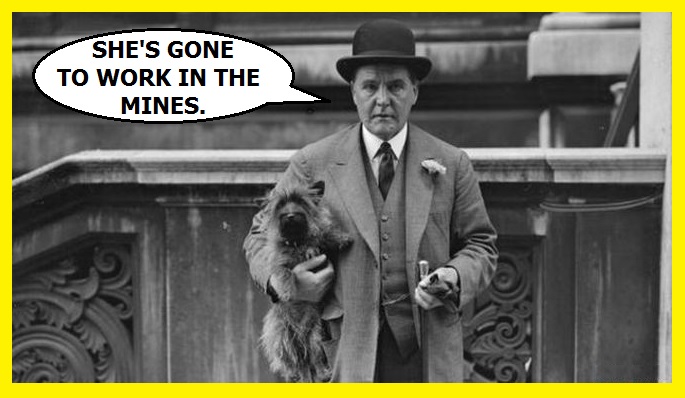 Our trade today is based on an industry that will outlive all of the above referenced nonsense, and whose employees are, on the whole, the salt of the earth.  Simple and decent – may they know only good health.

We’re focused on coal, friends, because it’s there we see there a tremendous chance to cash in on the continuing weakness that the ‘trade war’ is engendering.

Again with the Gender?

Here’s a daily chart of the VanEck Vectors Coal ETF (NYSE:KOL), a proxy for the coal mining group as a whole. 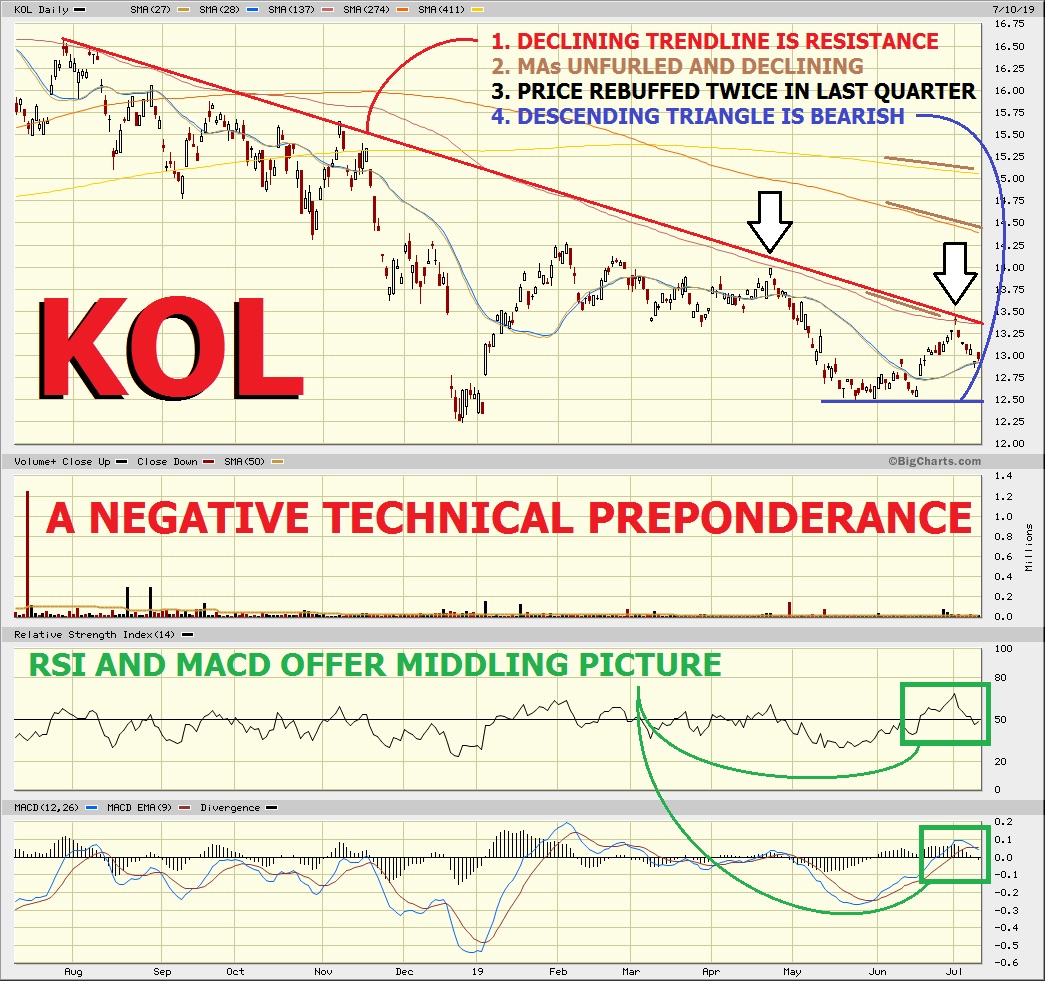 As you can see, the miners have pulled lower since the trade war kicked into higher gear last summer.

Taken together, it’s a picture of a sector being pulled lower, toward the center of the earth.

A look at the weekly chart shows additional bearish indications. 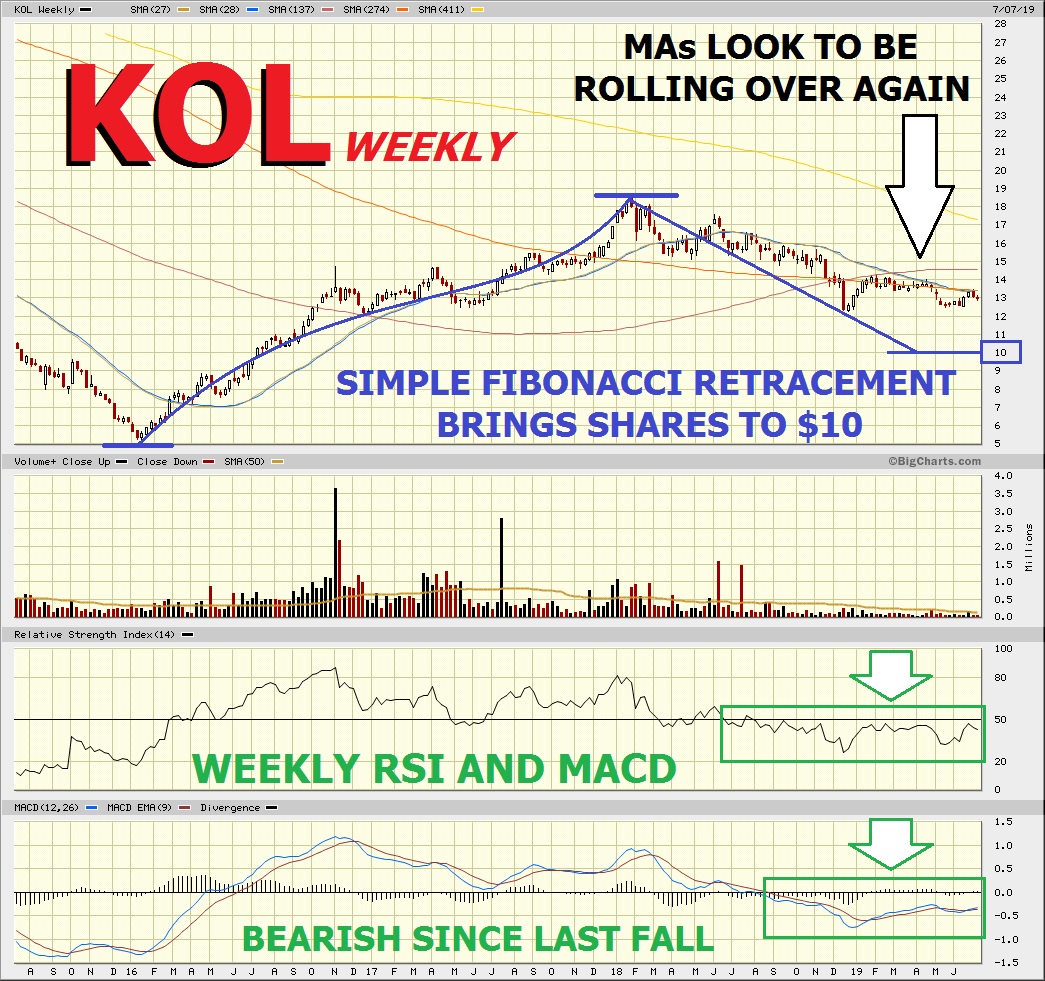 And with that in mind, we’re going to bet against the miners over the intermediate term, and count on a decline to the $10 range.

Details, Matty!  Load it up!

We’re going to pair KOL against the long bond, as represented by the iShares 20+ Year Treasury Bond ETF (NYSE:TLT), because so long as the trade war continues and interest rates look poised to fall, the coal industry will be under pressure, and the flight to the long bond will be sustained and attractive.

Next Post »
All aboard: From Penn Stn. to THE BOTTOM OF THE OCEAN! (PENN)

2 responses to “LGBTQ? – What Ever Happened to a Simple BLT? (KOL,TLT)”