Like a Libyan Dictator! – Gold Prepares to Die. (GDX)

We’ll try to do this as gently as possible.

Not least because the majority of precious metals investors are… shall we say, sensitive types, who, while not quite snowflakes, are easily triggered when someone announces that gold is about to decline.

And while we hate to play the role of micro-aggressor as much as the next right-wing, conspiracy-minded lunatic… someone has to tell the truth. 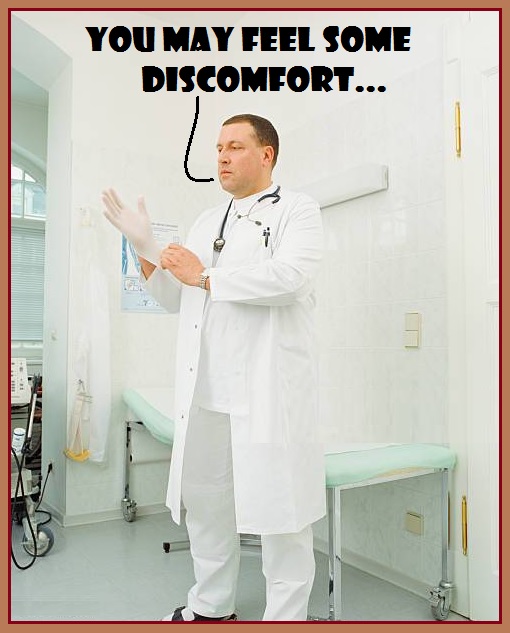 Anyway, the precious metals are on the verge of a nervous breakdown.  Along with those who’ve fallen in love with them.

The proof is in the charts – which we’ll get to in a moment.

But first a word on money.

To begin with, gold is money.

And it behooves us, therefore, to collect as much of it as we can, in keeping with the notion that having an abundance of resources is a smart, forward-looking and altogether realistic strategy of dealing with the vagaries and vicissitudes of life.

And yet, at times, that also means that we must sell it. 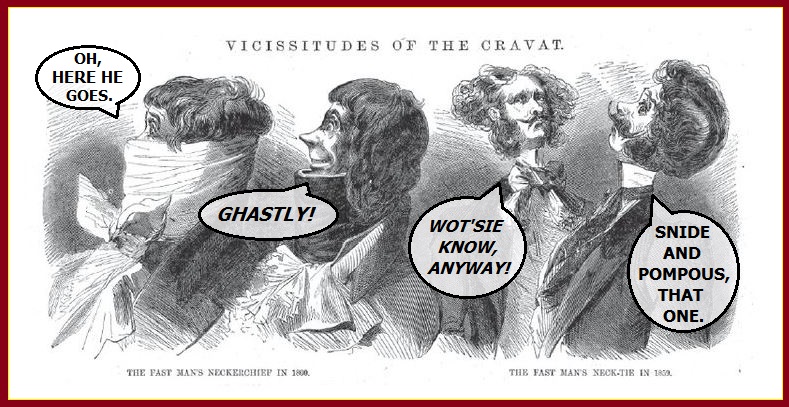 Why, indeed! – so that we might buy more of it later.

Because unless you’ve implemented a regimen of acquiring precious metals using a strict gold/silver ratio strategy, you require money – cash dollars – to accumulate the stuff.

And that means dumping your gold when it’s about to take a spill.

Or, at the very least, getting on the right side of the trade in order to profit now – the better to purchase more of that joyous, aurous delight, cheaper, later.

Our trade today is based on the miners, specifically the VanEck Vectors Gold Miners ETF (NYSE:GDX).

Did you know we’re the ONLY ones in this industry who post a track record?

And why do you suppose that is?

It’s a trade on which we’ve refrained from pulling the trigger for a while.

We wanted to be sure we saw the whites of their eyes.

The daily chart, below, will explain the matter in full. 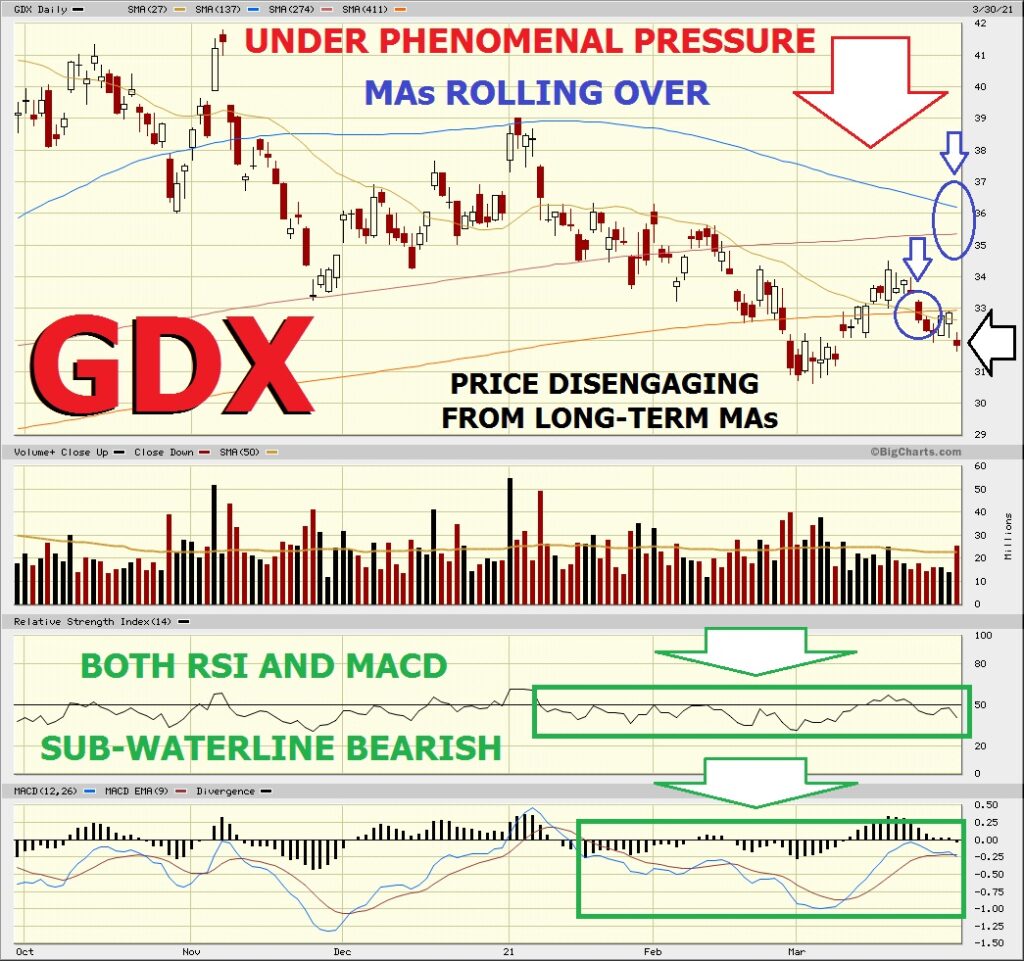 Technically, we have a breakdown in process –

Rationale: the technical picture for GDX is bearish.

The only challenge is finding a means of exploiting the decline cheaply and safely.

Fortunately, spreads on GDX are super-tight, affording us lots of possibilities to craft a trade that conforms to our understanding of the price action to come.

We’ve chosen the 36 strike because it lies north of the last retracement high at 34.50 and precisely in line with the descending 137 day moving average, where we expect significant overhead resistance to emerge.

Maximum loss – with proper STOPs in place – is limited to the initial debit (3.84).

Next Post »
96% PROFIT, While The Batflu Hammer Drops on The Credulous (KAI, IYT/DIA)