Another swing of the bat today with North Carolina’s Albemarle Corp. (NYSE:ALB), the company whose name no one can pronounce but everyone wants to date because of L-i-t-h-i-u-m. 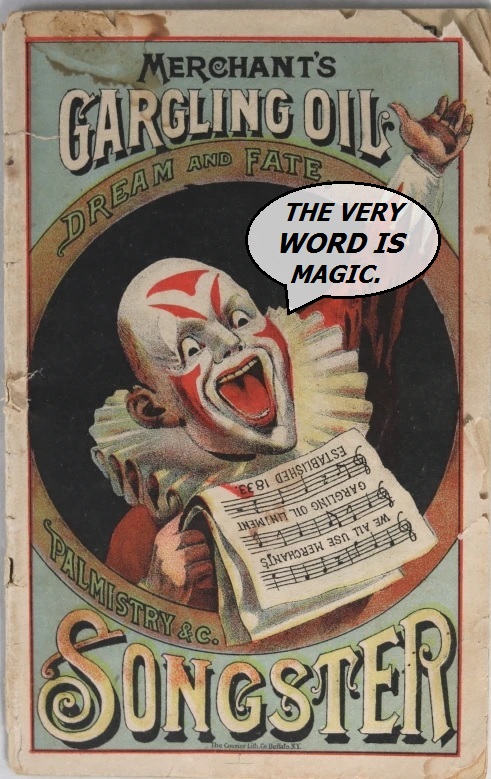 Albemarle is a chemical company that also has a lithium division.

And that’s all it takes!

You’ll recall that we played ALB earlier in the year, pocketing 102% in just ten weeks.

And now we do it again.

Because the situation is ripe.

Look first at the fundamentals – 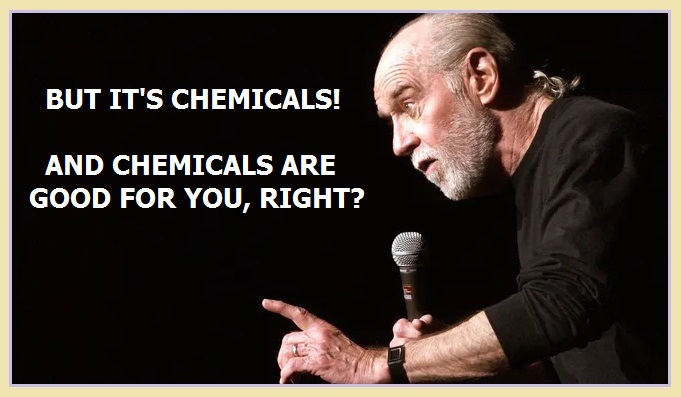 Aren’t we all made of chemicals?

Batflu labor shortages have kept the company’s expansion of their Western Australian Kemerton mine on hold – and driven costs up considerably.

No one knows when a balance will return to the Australian job market, but in the meantime Lithium prices have seen a boost.

That helped the company’s latest quarterly filing, but the meat of the earnings beat was a result of the sale of their Fine Chemistry Services business.

So whence the hype?

Have a look at the charts – 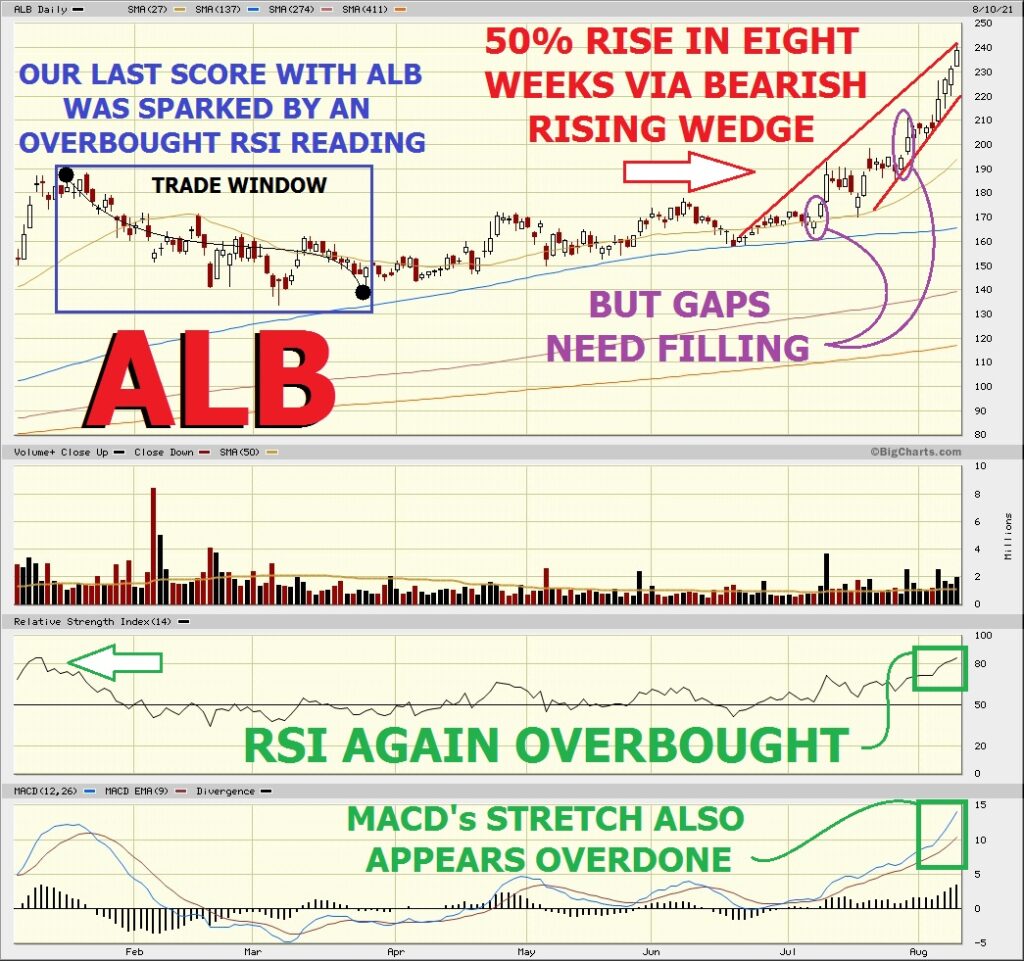 This is six months’ worth of daily trade on ALB, and it presents the following – 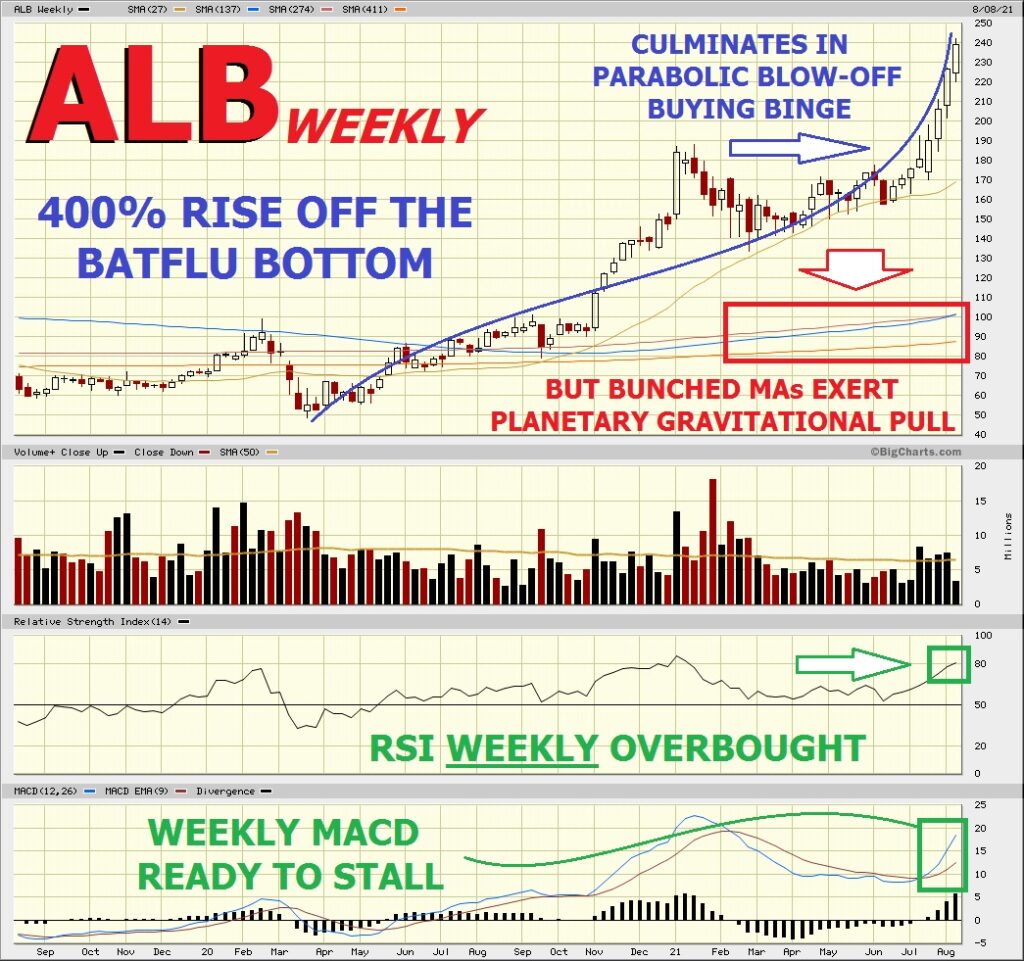 Tie yourself to the mast!

We’re expecting a significant decline, and we’re playing it SPECULATIVELY.

Rationale: With downside expected, we want to minimize our outlay while maximizing our profit potential.  The trade’s structure provides well for that.

The weeks leading up to Rosh Hashana are always fraught with danger, and this year should prove no exception.  The Al-mighty takes what’s His before the New Year strikes, and there’s nothing anyone can do about it.

The G-d of the world will judge, and our livelihoods will not be spared if that’s how he chooses to balance the books.

The danger here, of course, is that the decline will not carry as deep as our long 210 PUT, in which case we’ll be out our initial $0.30 debit.  With just five weeks to expiry, time is a crucial factor.

Maximum gain on the trade is $14.70 (difference between the PUT strikes less the initial debit).

Maximum loss is $10.30 (difference between the CALL strikes plus the initial debit).