Not For All the Gold in Egypt! (GLD)

We’re coming at you a day early this week because of the Passover holiday.  Lots of preparations still to make, and, hey… a little advance warning on an important development in the commodity markets never hurt, either. 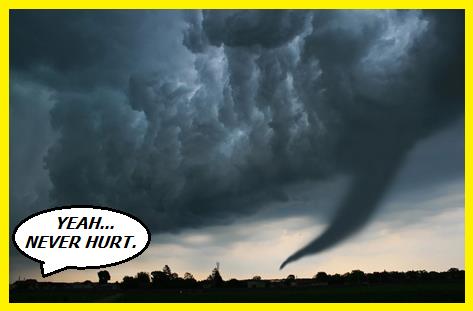 To begin, let’s look at some sentiment figures.

The latest AAII bullish numbers indicate that we’re at roughly 40% optimists, a figure that’s in line with long term historical averages.  Nothing out of the ordinary there.

But the bearish figures may offer a little more direction.  The latest reading there was a mere 20%, a full decile lower than the historical norm and a number that’s normally associated with stalls in the market over the short- to mid-term.

Taken together, however, the spread between bulls and bears now stands at almost 20%, which over the past five years has also been a relatively consistent inflection point – a juncture at which the spread between the two tends to collapse immediately.

So, if history is destiny…

Does that mean the bulls are about to lose their nerve and join the bears?

Or are the ‘neutral’ investors about to team up with the bears (they currently stand at roughly 40%)?

Or could it be that we’ll continue to see a growing spread between bulls and bears, as we did in January, 2018, when markets surged and everyone piled into the bull camp?

Our own thinking on the matter is thus…

First, retail investors may offer their six month equity market expectations to the AAII surveyors and help that group form pretty charts like the one above.  But more to the point is what Ma and Pa are actually doing at the moment, i.e., are they sitting it out, or do they have their backsides on the burner?

And there’s ample evidence to show that they’re out, opting overwhelmingly in favor of fixed income and fatter cash positions instead of stocks since the market began to falter back in October.

But it’s not just them.

This is a graphic of where global fund managers were allocating in March, as the stock market was logging its best quarter since 2009, racking up a 14% gain – 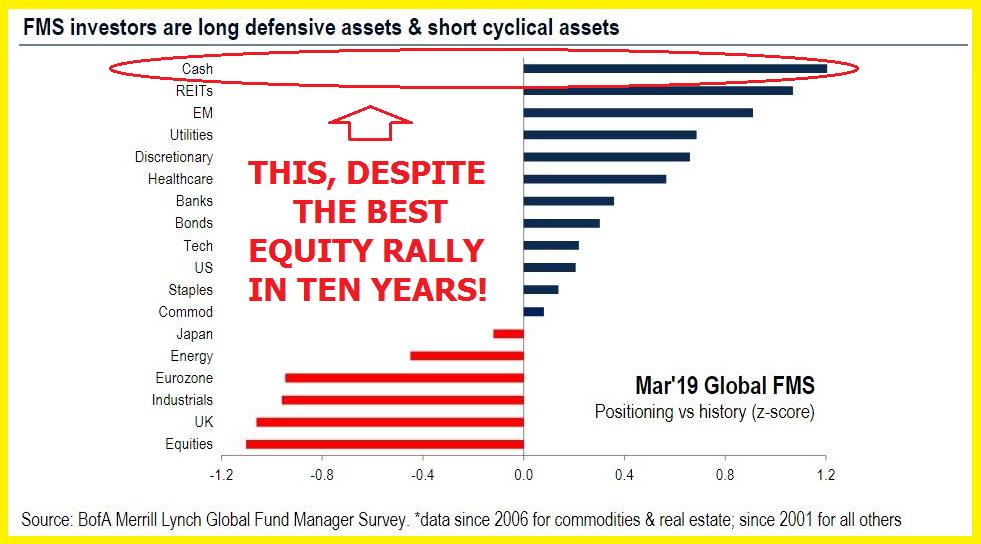 Crazy overweight cash and equally underweight stocks, despite the reality of a rip-roaring rally since late December!

Very simply that there’s still a thick wad of cash waiting to enter on both the retail and institutional fronts, and that until it does, the current move is not over.  There could be some mercurial action in the weeks ahead, sure, but our feeling is that the spread between bulls and bears – discussed above – will widen significantly as the current buying dribble becomes a wave that leads to a flood of equity purchases moving into summer. 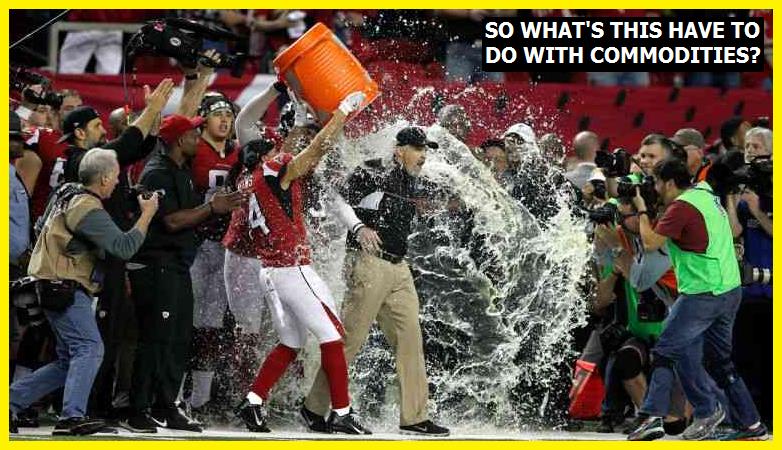 Consider – cash positions are huge, rate increases are on hold, earnings season is producing better than expected results and – as Alan B. Harvard writes – the Dow is likely on its way to a breach of the 30,000 mark.

As if foretelling its own fate, gold, as represented by the SPDR Gold Shares ETF (NYSE:GLD), yesterday dropped below its head and shoulders neckline in what appears to be the beginning of a decline to at least the $115 range. 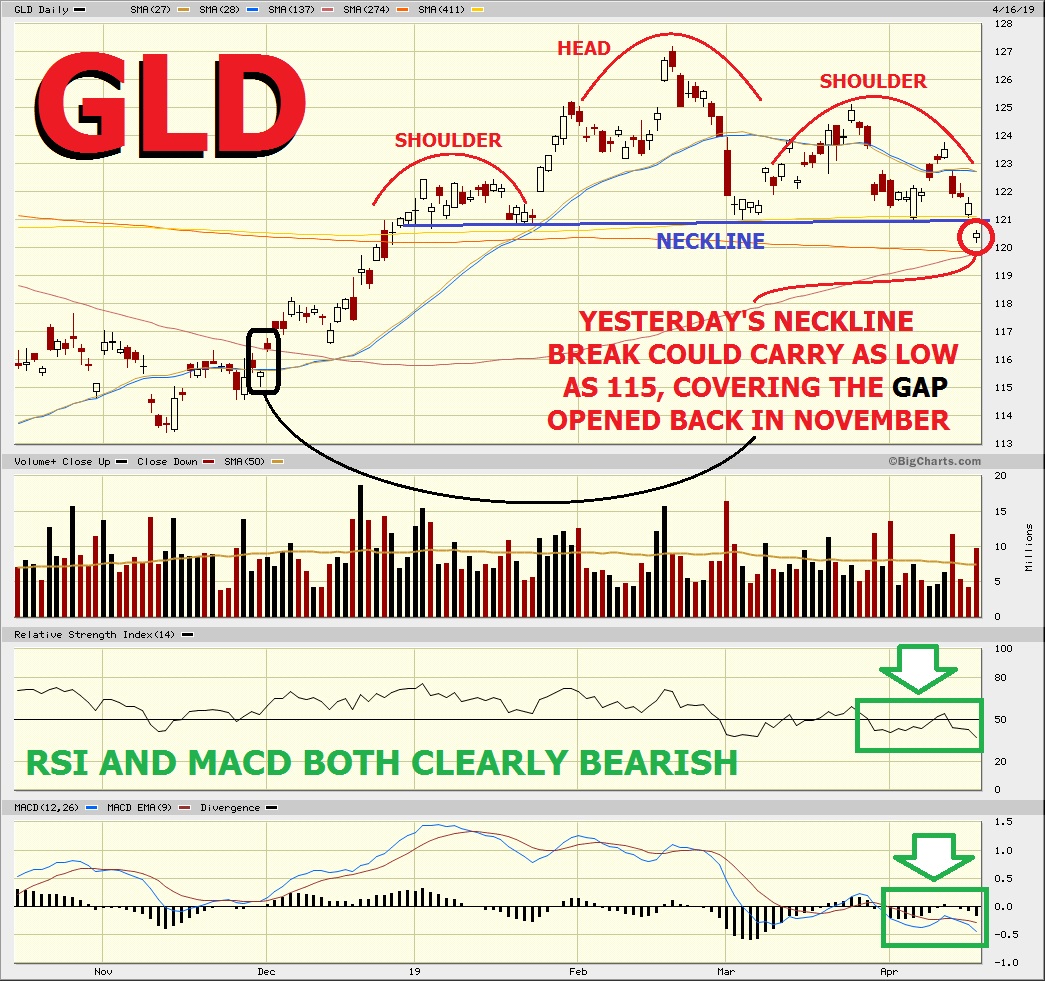 Both RSI and MACD (in green) have been bearish for weeks, but the break came in Tuesday’s trade, when GLD dropped below $121, slicing at once through its neckline and its long term moving average (in yellow).

The downside count is now $115, precisely at the lower end of a gap that has to be filled from late November (in black).

And it’s with that in mind, that we offer the following short CALL spread and PUT purchase –

Many happy returns, and a happy chag ha’aviv!

« Previous Post
Music for Life! The Melodic Chains of Freedom