After two court judgments against weed-killer Roundup that determined it was, indeed, carcinogenic, Bayer AG, the product’s manufacturer, has moved to appeal.

And well they should.  With a litigation line longer than a Trump rally in Wichita, estimates are that Bayer (NYSE:BAYRY) stands to lose anywhere between $5 and $10 billion before health claims are exhausted globally.  They might also lose the very lucrative Roundup brand altogether.

In short, them volk is in trouble.

Bayer’s history is a sullied one, to be sure.  And their current dalliance with cancer-causing garden products should come as no surprise to those already aware of their creation of mustard, sarin and chlorine gas for the First World War, Zyklon B in WWII, and Agent Orange and thalidomide in the 60’s.

Here’s their stock for the last two years – 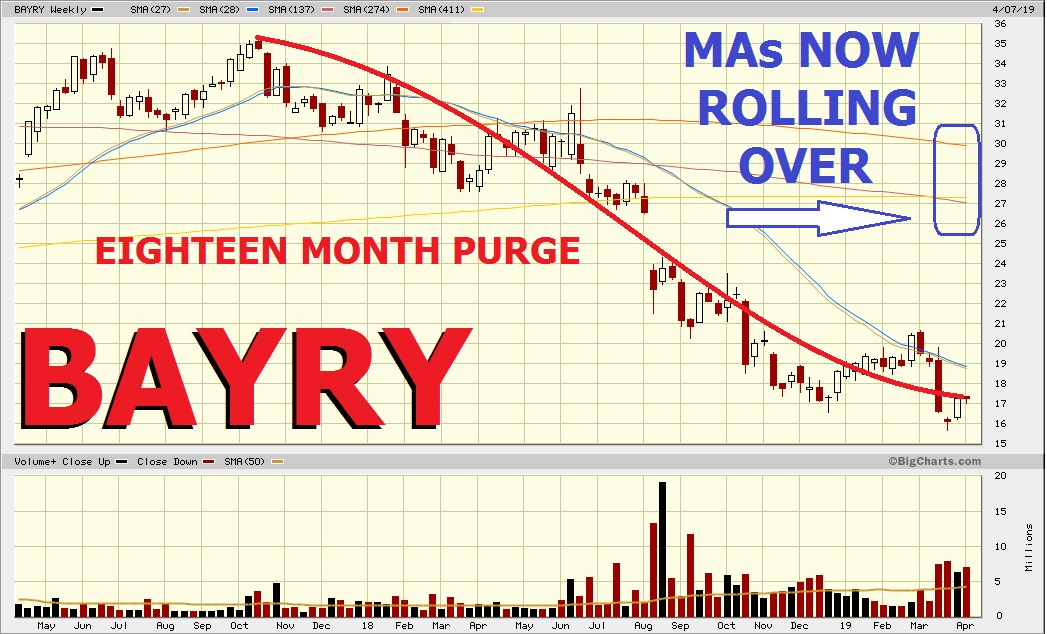 A straight line down.

BAYRY has lost better than 50% of its value since it began serious merger discussions with Monsanto some two years back.  But the declines became luge-like after the deal was officially inked last June.  And the final nail on the stock was hammered some two months later, when the first Roundup court battle was lost and shares shed another $20 billion in market cap.

To be honest, we never bought into the Roundup madness, even though the Mrs. and I enjoy growing a bevy of fresh vegetables in our own garden.  It’s an evil product, to be sure… but then again, why throw the baby out with the bathwater?

Neighbors advise us that even if it causes cancer, it may have alternative uses – like as a dandruff control application.  Heck, Rudy down the road insists that a drop or two in the pits keeps him dry all day long. 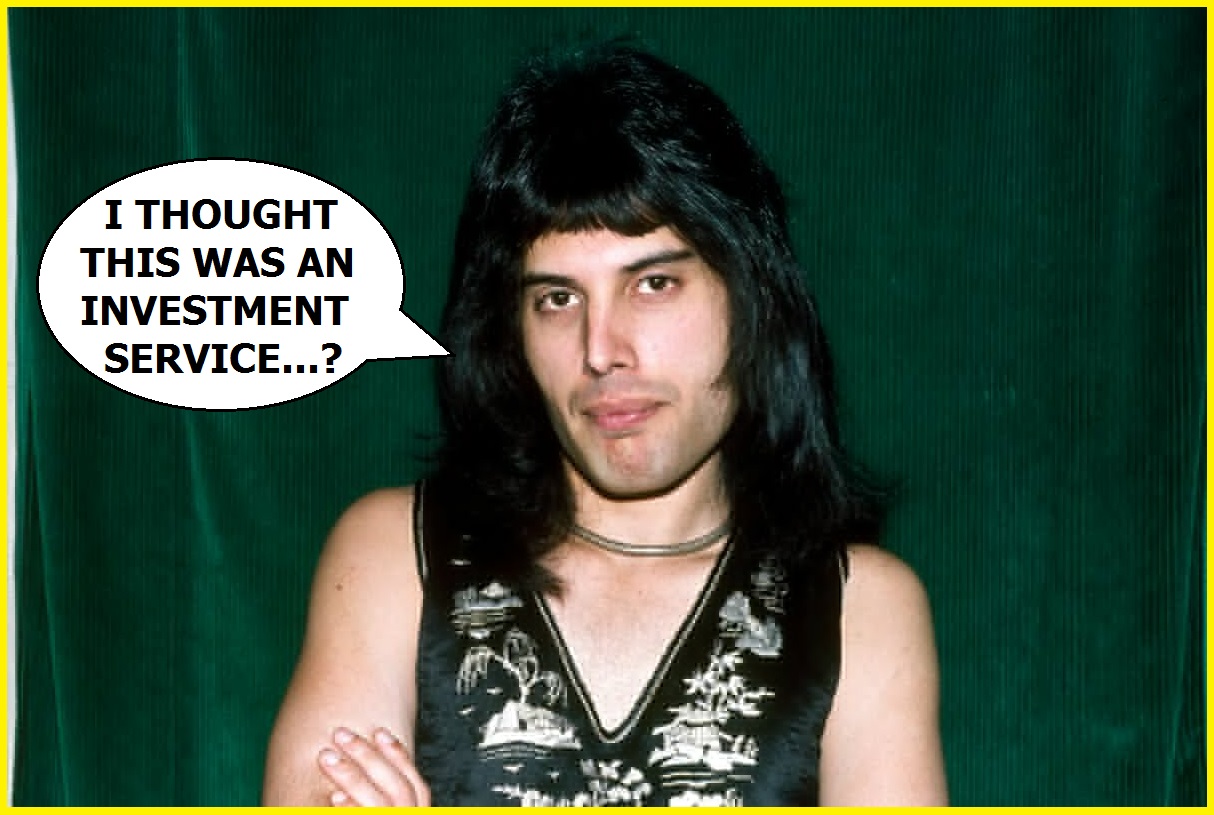 That it is, Freddie!

But don’t knock the common folk’s resourcefulness.  My brother-in-law got rich by developing Kling-Melt, a personal hygiene product available in spray and cream applications that uses only vinegar and goat milk as active ingredients!

As to investments, what we foresee for Bayer looks like this –

We’re suggesting a long-short trade that pits Bayer against Sprouts Farmers Market (NYSE:SFM), a growing franchise that has been gaining ground over the same two-year period we highlighted above. 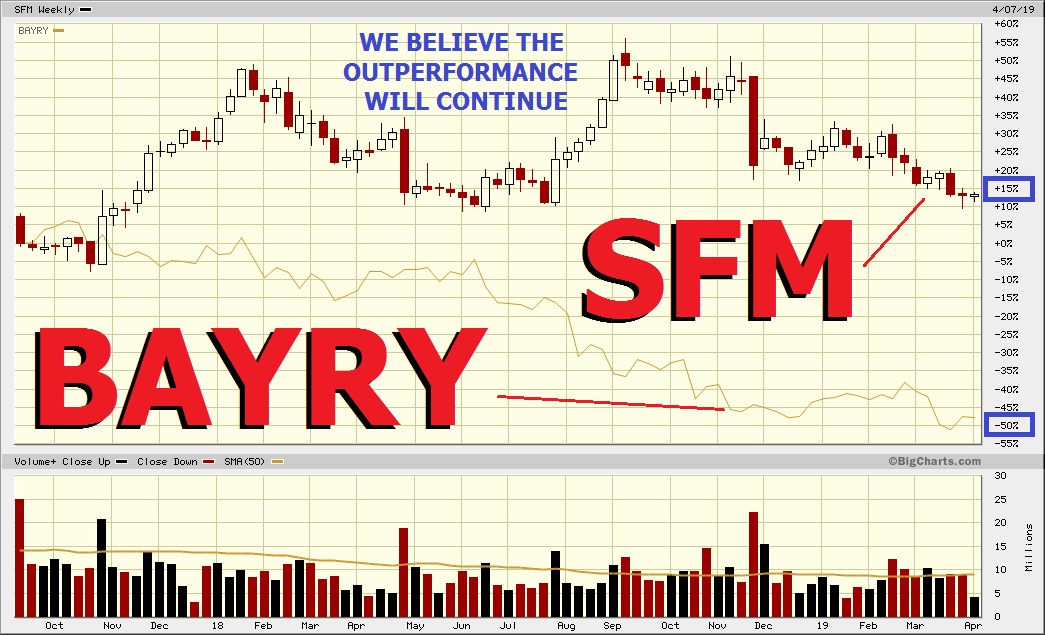 SFM has a market cap of $2.5 billion, sales of $5.2 billion, trades with a P/E of 17.6, and perhaps most importantly, has grown earnings by better than 27% annually for the last five years.  Recent weakness in the shares is attributable to the company’s CEO stepping down and is likely an overreaction.

A Jew and his Gold recommends you consider buying shares of SFM (now trading for $21.58) and selling shares of BAYRY (now at $17.08) IN EQUAL NUMBERS.  Total debit on the affair is $450 per board lot traded.

We win on any outperformance of SFM over BAYRY.