There are times when not only is the whole thing out-of-joint, but the tendons and ligaments are rotten and wasting, too.

And what you get then, is a body without any glue, so to speak.

And, of course, what follows thereafter is an involuntary dismembering of the parts. 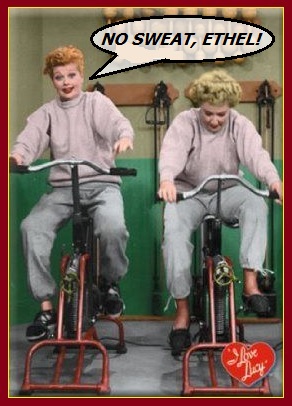 Which is what we now expect from exercise-bike maker Peloton (NASDAQ:PTON).

Now, the company may have a future – for the meantime, anyway.  But we can’t see it continuing into the messianic age, which, as you know, is right around the corner.

And it could be that Peloton’s days as a rah-rah, hedgie-loving security also has a date with the scalpel.

It also boggles the noggin how she continues to find buyers with a P/E ratio of 1291.33!!!

While insiders greedily pawn off their holdings at a rate that could give a guy a concussion. 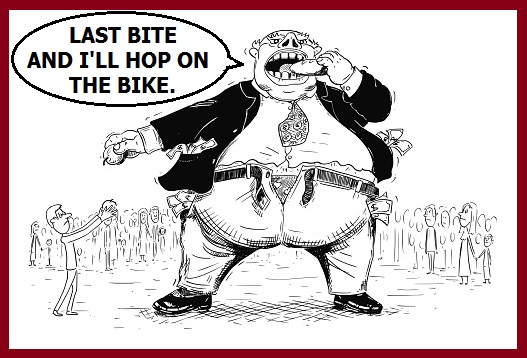 To wit – in the last six months, those in the know have offloaded 87.65% of their shares – for a haul of over $200 million bucks!  And since the outbreak of the Wuhan Batflu, they’ve absconded with better than $530 million!!!

And so we got to looking at the charts.

And there we found some dangerous looking indications.

This is a paste-up of the stock’s daily action for the last six months (Note: PTON only listed some 15 months ago) – 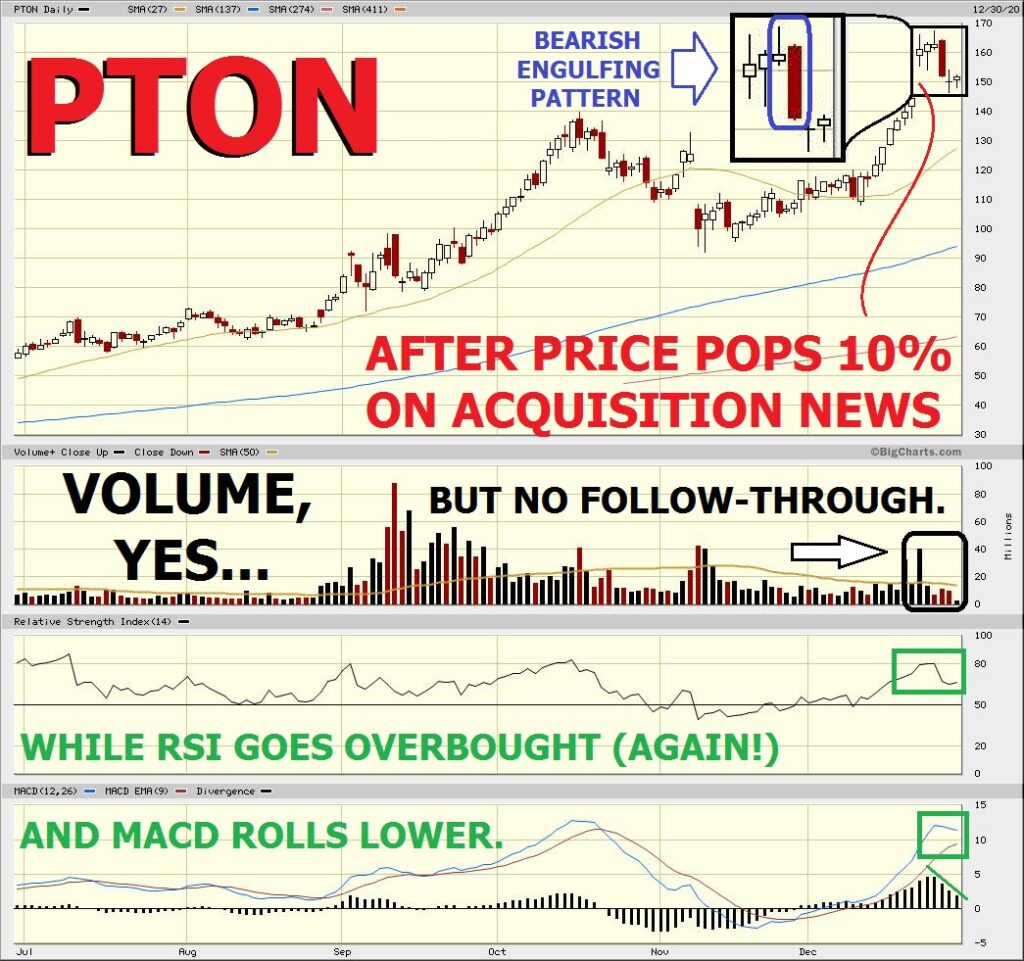 Let’s pedal through this one in low gear –

And there you have it.  A less than savory outlook according to the daily chart.

Pulling back to the weekly gives us additional cramping. 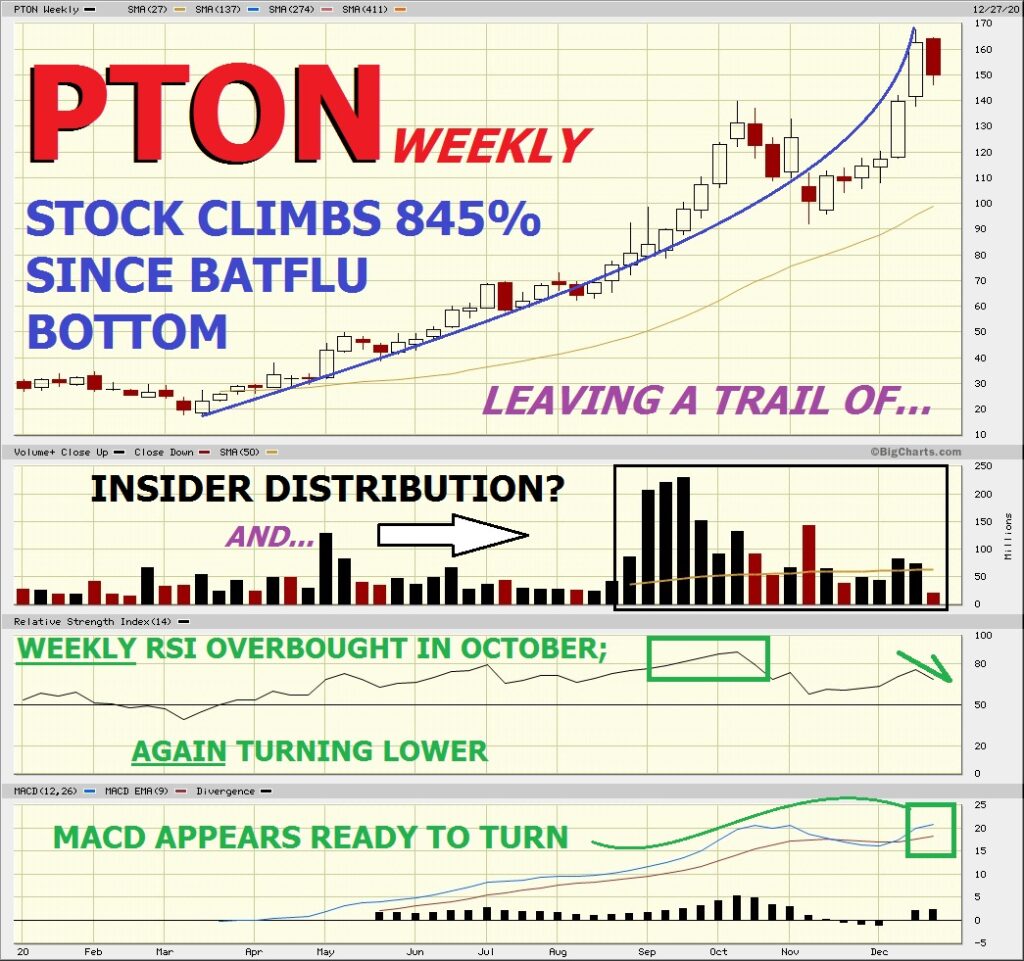 So let it be written.

So let it be done.

Rationale: we’re going to ride Peloton lower, on the back of a PUT spread that offers a maximum $9.20 return in the face of a maximum $5.80 loss.

We have nearly three months before expiry, and a lot of presidential/constitutional whiplash to endure before then.

Not to mention additional Batflu buffoonery.

Many happy returns to all our readers.

« Previous Post
Sell! Or Get Off the Pot! (GRWG)