Call us prophets or call us charlatans –

But be sure to call us!

Hate to say we toldya so…

But a mere two weeks – TWO WEEKS! – after we put on a bearish Bayer trade (Organic Producers Loaded for Bayer), the following bombshell hits –

The knives are finally out for Farben, friends, and a long time coming it is.

The same company that experimented with murderous chemicals on Jews in the Nazi era is now itself ingesting the Roundup! 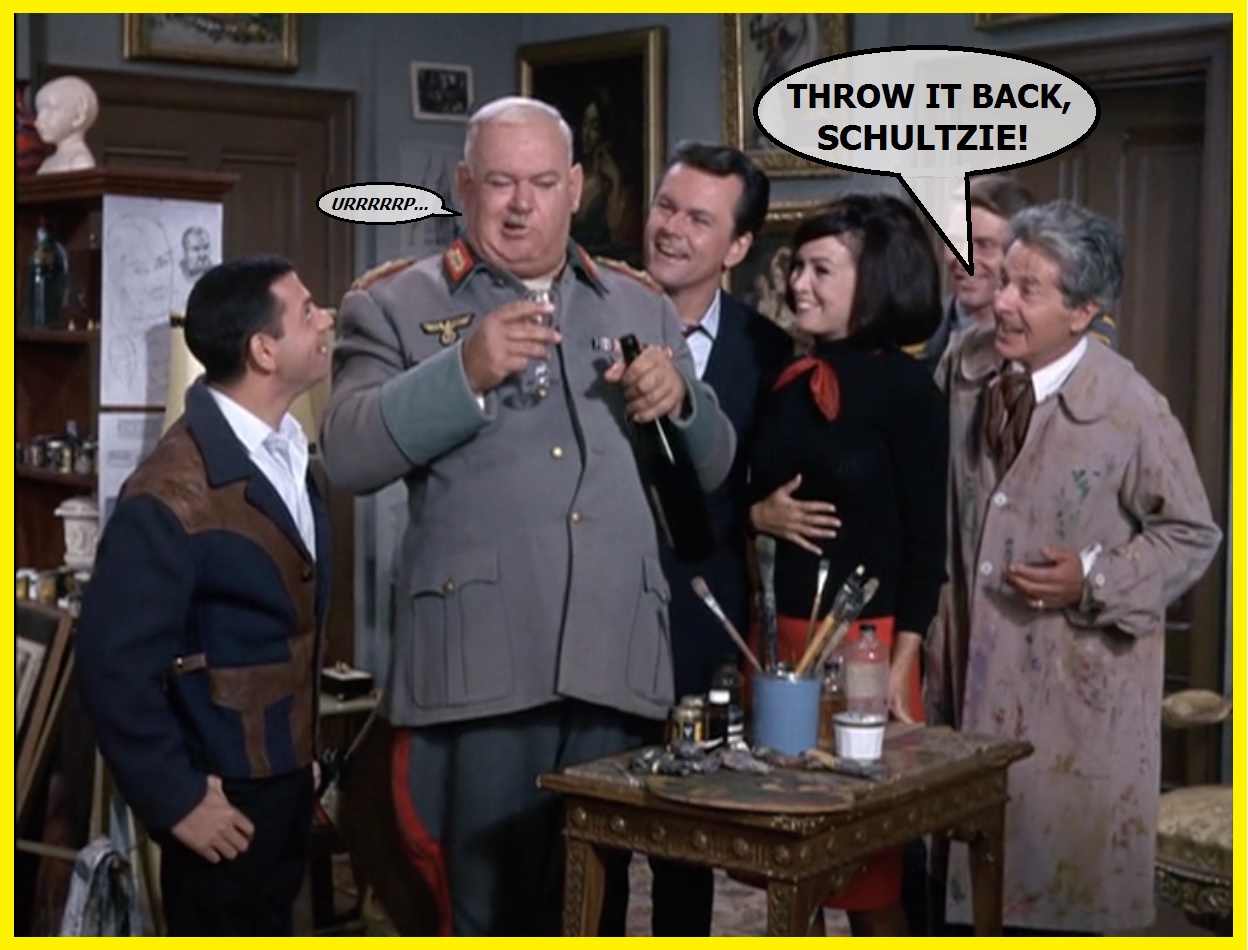 In Hebrew, they call it mida k’neged mida – measure for measure – ‘as you do, so is done to you’.

Now, there’s certainly a great deal more come-uppance on the way for Bayer and the rest of the German nation – all of Europe, even – but howdy-do, it’s nice to see this one unwinding as it is.

As for our trade, it’s not yet ripe enough to close.  We expect further declines from Bayer, but we just wanted to keep you updated.  G-d willing, we’ll see fruit from this one yet.

As to this week’s initiative…

We return this week to the precious metals front, where the declines continue, but the picture is not Napoleonic negative.

Yes, the Junior Gold Miners’ Index (NYSE:GDXJ) is about to go full pancake, but silver (SLV) remains borderline, and both gold (GLD) and the big cap miners (GDX) are showing resilience.

That may look like a horse’s rear a rearing horse to some, but it doesn’t mean the bottom is going to drop out in the days ahead.

Which is why we want to reexamine our bearish silver bet, placed on March 21st.

The letter was called I Yell Therefore I am, and in it we urged you to sell a CALL spread and buy a PUT.  Specifically, we adjured you to –

Let’s have a look at a chart to get the full picture. 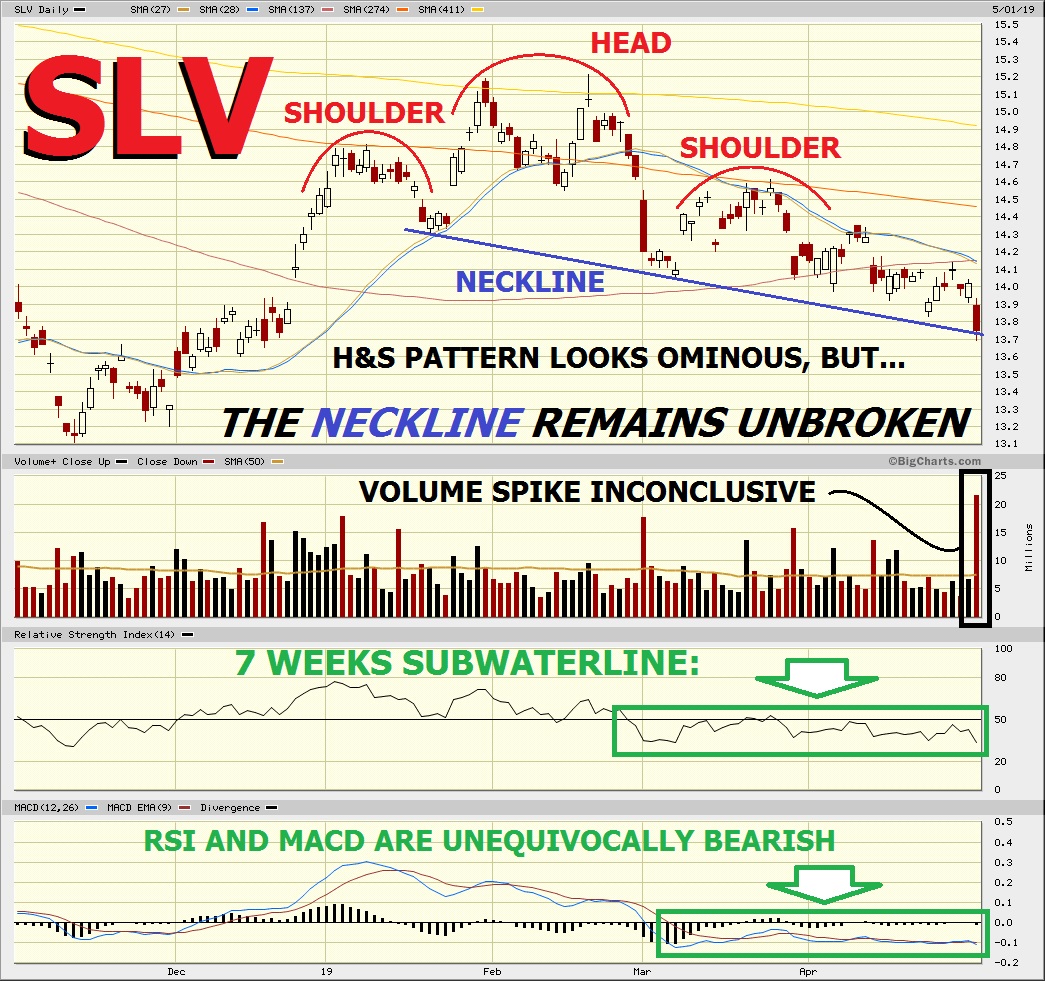 The stock has declined nicely, but the picture remains mixed.

In short, we’ll know by the end of today’s trade whether silver – and by extension, the rest of the precious metals complex – is headed lower, or if the jury remains out.  Silver has traditionally led the PMs both higher and lower, so bear that in mind as today’s market action unfolds.

Again, the telltale signal will be the neckline of the H&S pattern (in blue).  If it holds, we could see frantic buying and a big upside move.  If not, sellers will definitely dominate.

Because of the profits we have in hand and the uncertainty surrounding SLV’s immediate future, we’re closing our  March 21st initiative down.

And it beats a cold bowl of mac’n’cheese.

A Jew and His Gold recommends you consider closing down your SLV trade as per the instructions noted above.

[And a special congrats to all those (like reader Eric Bruce) who went into the trade with an excessively large multiple of noodles.  Enjoy your winnings!]