With the precious metals now officially chasing infinity (according to the goldbugs) and copper scraping catfish-like along the bottom of the investment pool, we thought it would be instructive to examine the possibility of a trade between the two. 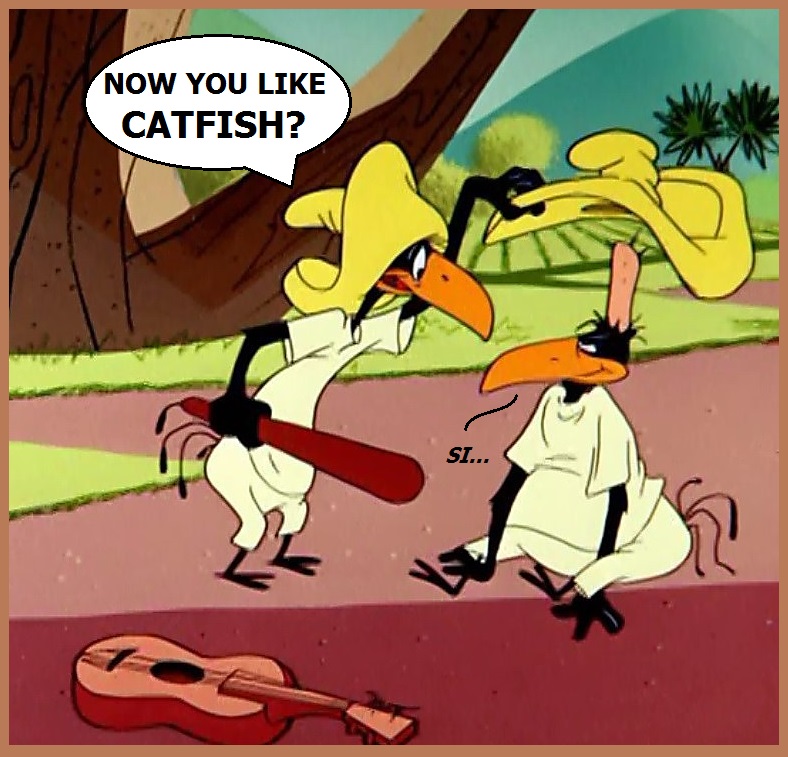 As everyone knows, “Dr. Copper” is a leading indicator, so it makes sense that with trade wars and tit-for-tat tariffs, declining PMIs and stalling production, copper would take a hit.

Gold and silver, on the other hand, tend to become popular during times like these, since they’re perceived to be a safe haven.

But like everything else in the investment world, things can always carry too far, and every dog eventually takes a bullet to the ear.  Sentiment can reach extremes in the metals’ trading pits just as easily as on the freeways of L.A.

And that’s precisely what we encountered when we took the microscope to our favorite gold and copper miners. 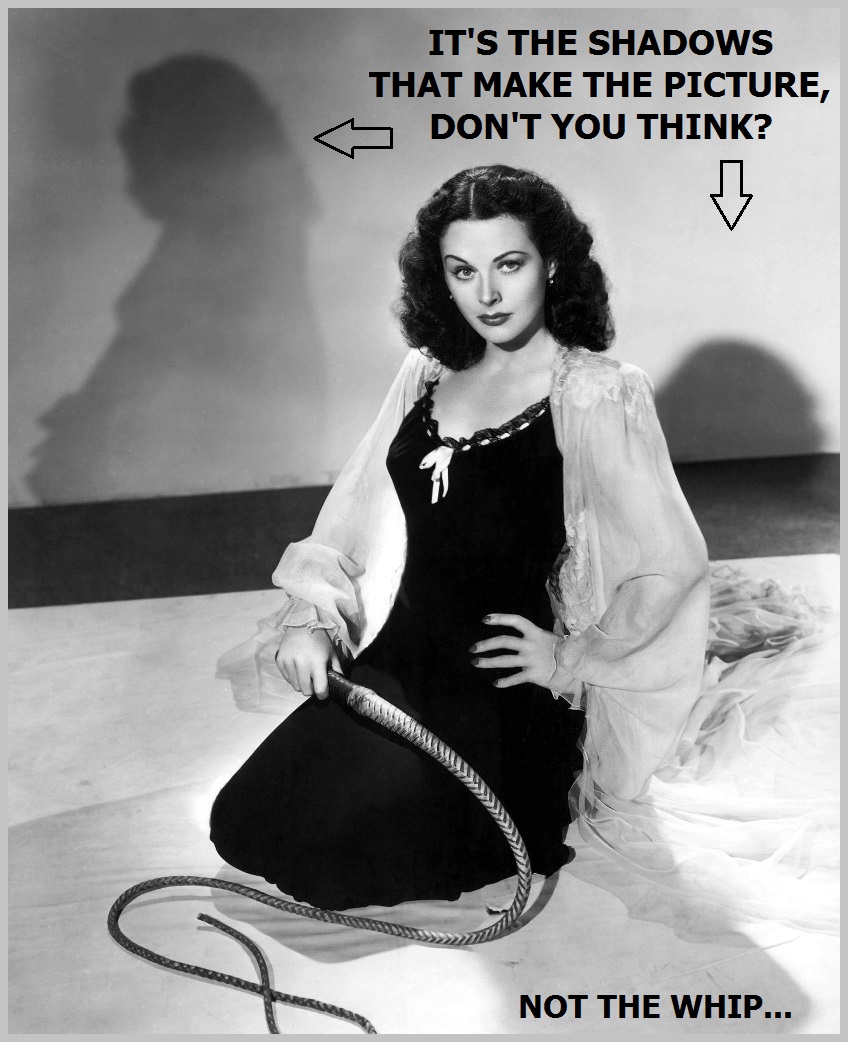 As we’ll show you below, the radical positioning of both the VanEck Vectors Gold Miners ETF (NYSE:GDX) and Southern Copper Corp. (NYSE:SCCO) lead us to believe that a whip-like snapback portends.

But first, let’s have a look at the behavior of the precious metals, as represented by the SPDR Gold Shares ETF (NYSE:GLD) and the iShares Silver Trust ETF (NYSE:SLV) since buying in the two went manic roughly three months ago. 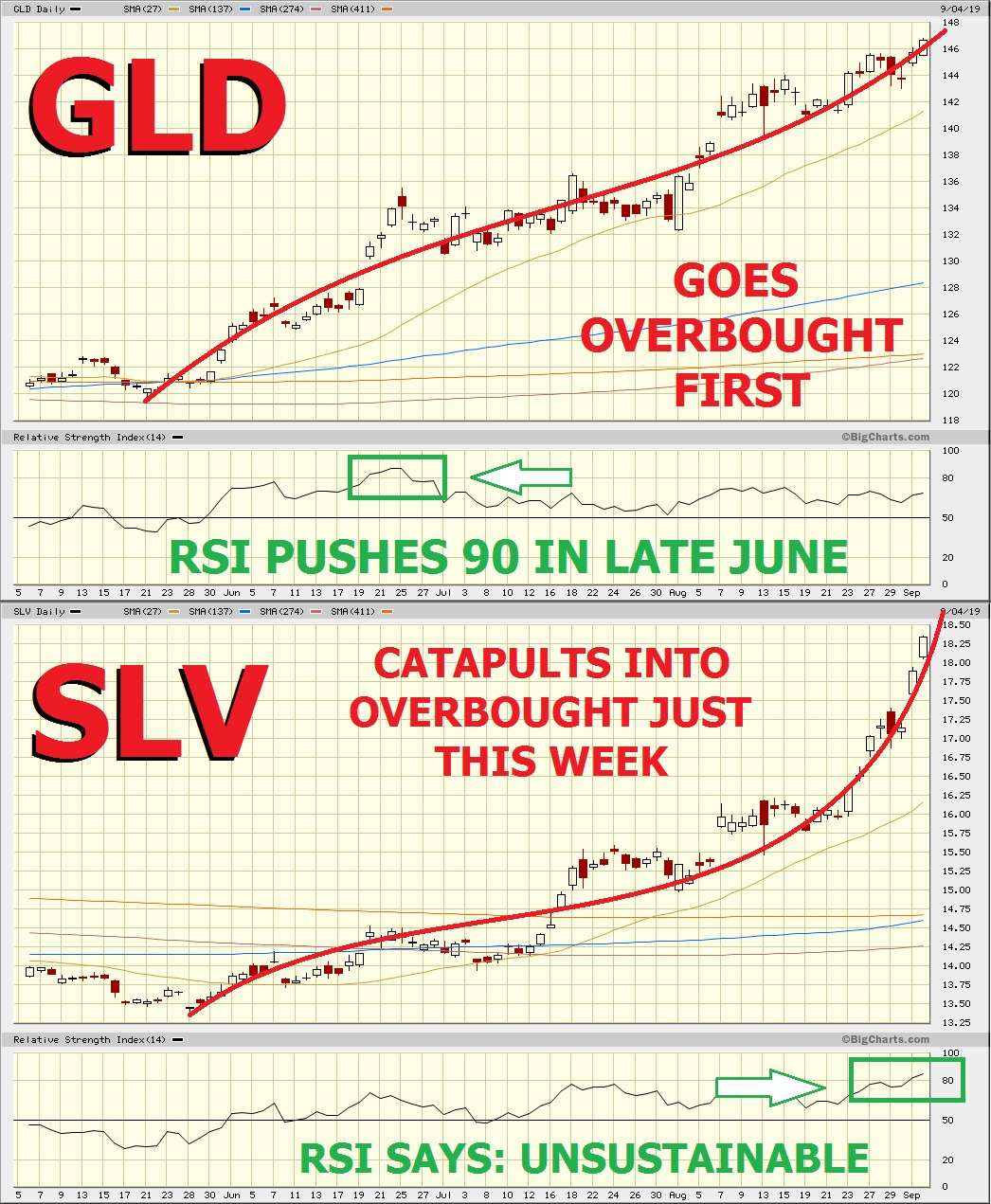 To begin, GLD gained 23% over the last three months (top, in red), an incredible rise, and one that we believe is now ready to correct.

We point to the RSI overbought read (in green), and a weekly RSI overbought condition that also registered this week (not shown here) that all but ice the deal for us.

As for SLV, the shares are up a preposterous 37% over the same time frame, and weekly RSI also went overbought this week (not shown here).

Taken together, the two charts spell D-E-C-L-I-N-E-S, with a capital watch-it, Yankee! 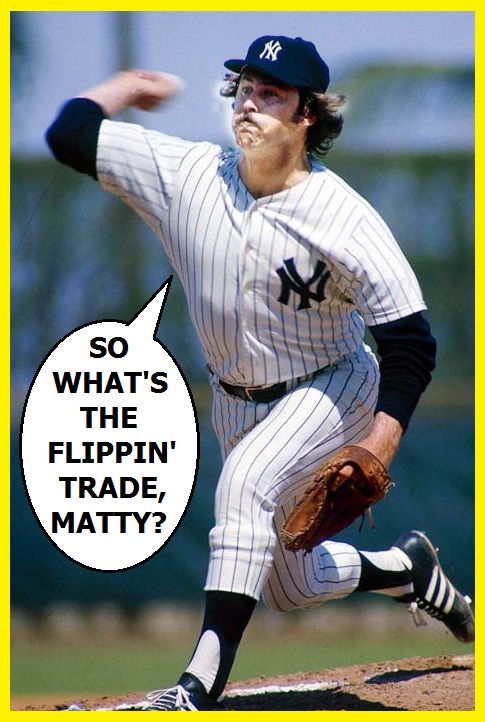 As we mentioned, GDX has been swinging like a small-town party girl, and for that reason we’ve chosen her to best leverage our profits.

On the copper side, we’ve selected mining behemoth Southern Copper Corp. because she’s a big cap who also possesses good leverage to the price of the underlying. 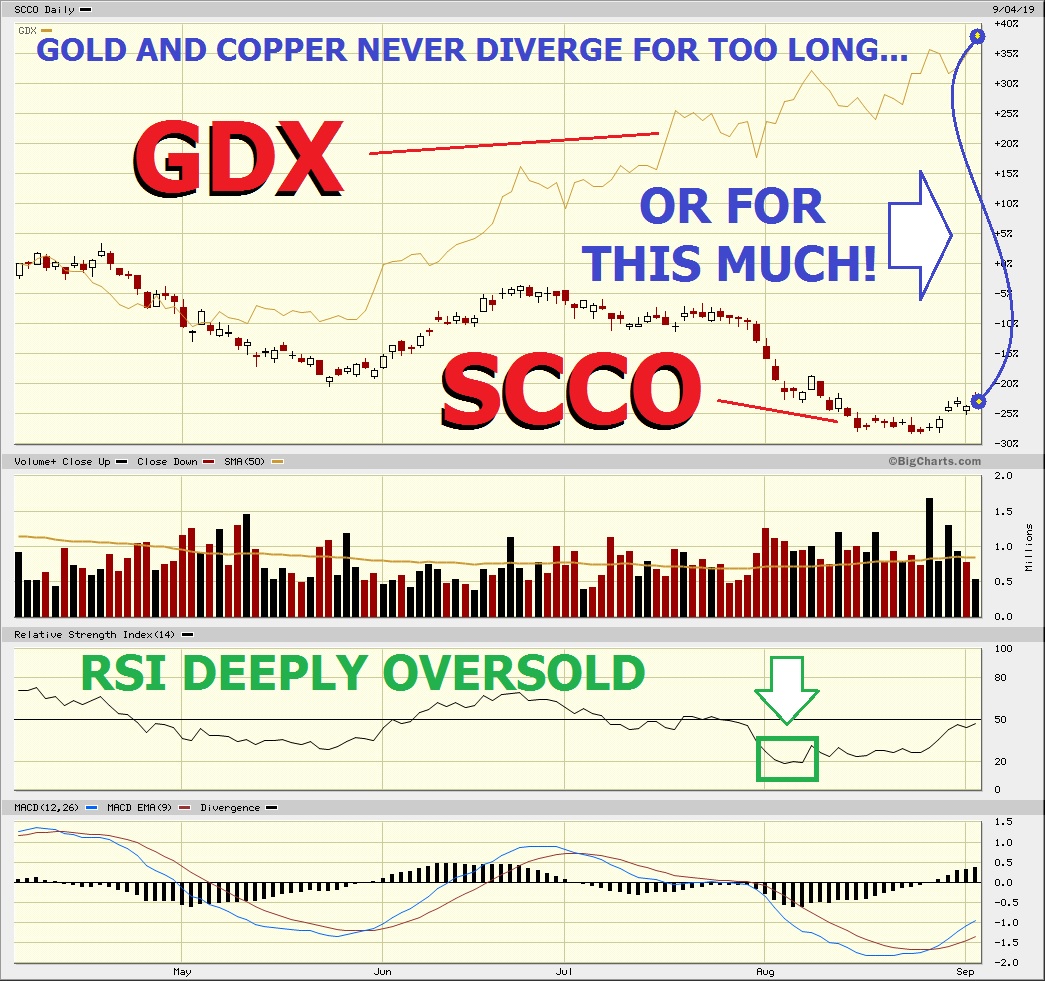 SCCO was oversold earlier in the month (in green) and appears to be recovering.  But it’s the gap between the two that we find most interesting.  SCCO is down 25% since the beginning of April and GDX up almost 40% (!); it’s rare we see things open this wide, this fast.

And it’s for that reason that…

Next Post »
Chocolate Salad, Please… With a Side of Lamb (AAPL,SBAC,QQQ)