Got a birthday coming up?

We know, you’re sitting in the sukkah having a tea, so it may not be an opportune time to importune with such matters.

Just a heads up.

Consider the gift that keeps on giving – a subscription to A Jew and His Money.

We’ve a number of options, each priced specifically for your budget.

And they’re all found here –

Action today on a number of fronts – including the Russian, where it appears Hilarity Clinkton is about to face the music…

Anyway, we’re moving on one open trade, so grab your pencil case and forage for something that writes.

We set this sucker up way back on April 27th in a note we entitled Shooting Oil in A Barrel.

Today, with oil in the doldrums, the short XLE 40 CALL sells for $0.23, and we’re recommending you buy it back, leaving open both the long USO 3 CALL and the long XLE 45. 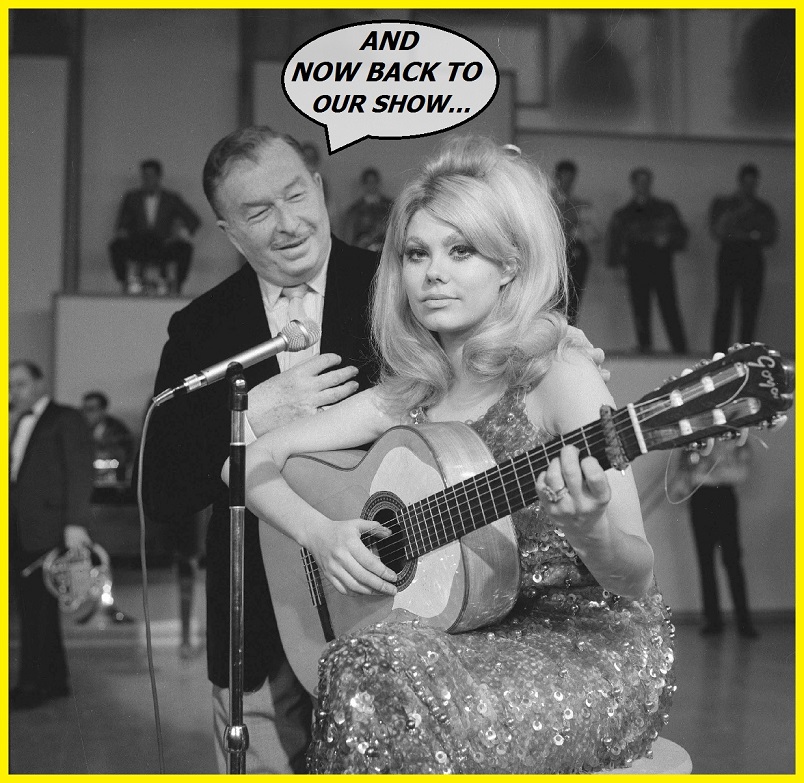 Our trade today is based on a continued, near-term negative outlook for markets and an imminent head-chopping for S&P Global Inc. (NYSE:SPGI).

You may have heard of SPGI – they’re the capital markets people who sell information and data to investors.

Fundamentally, the stock has some interesting numbers to offer –

Now look at the daily chart – 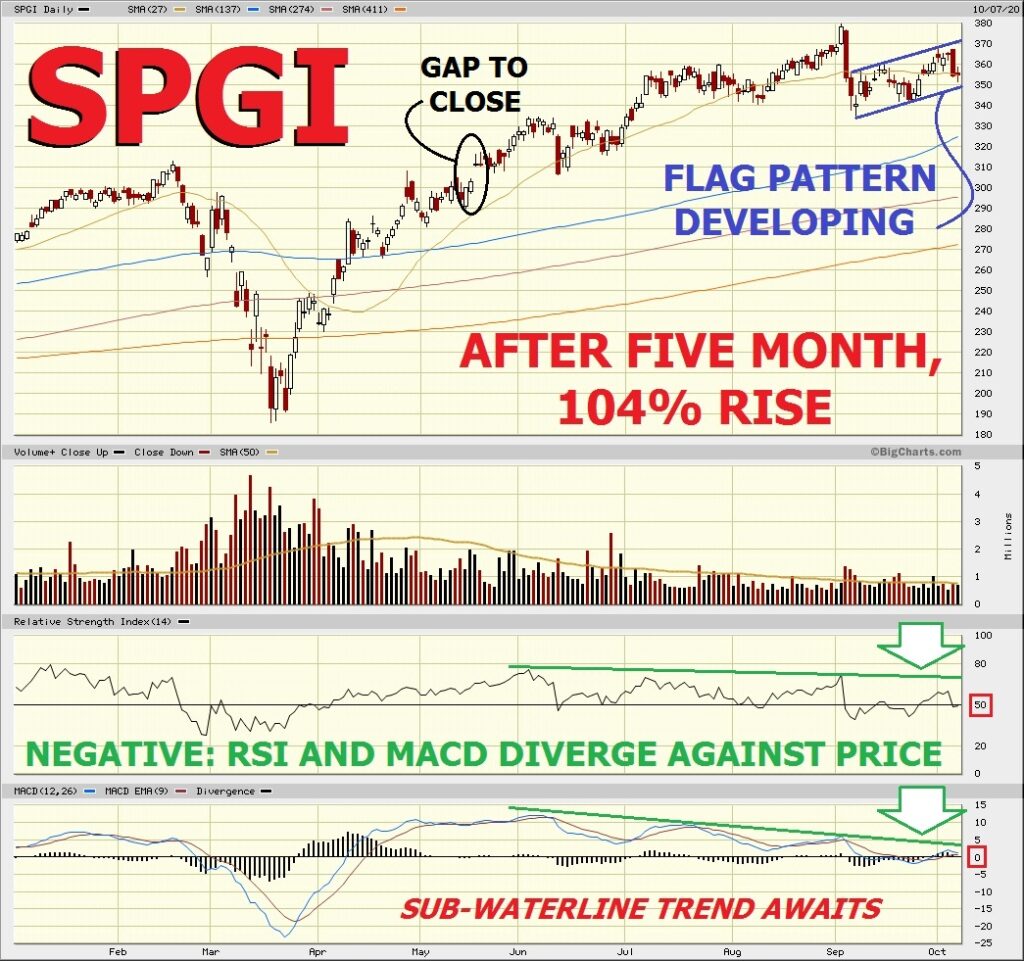 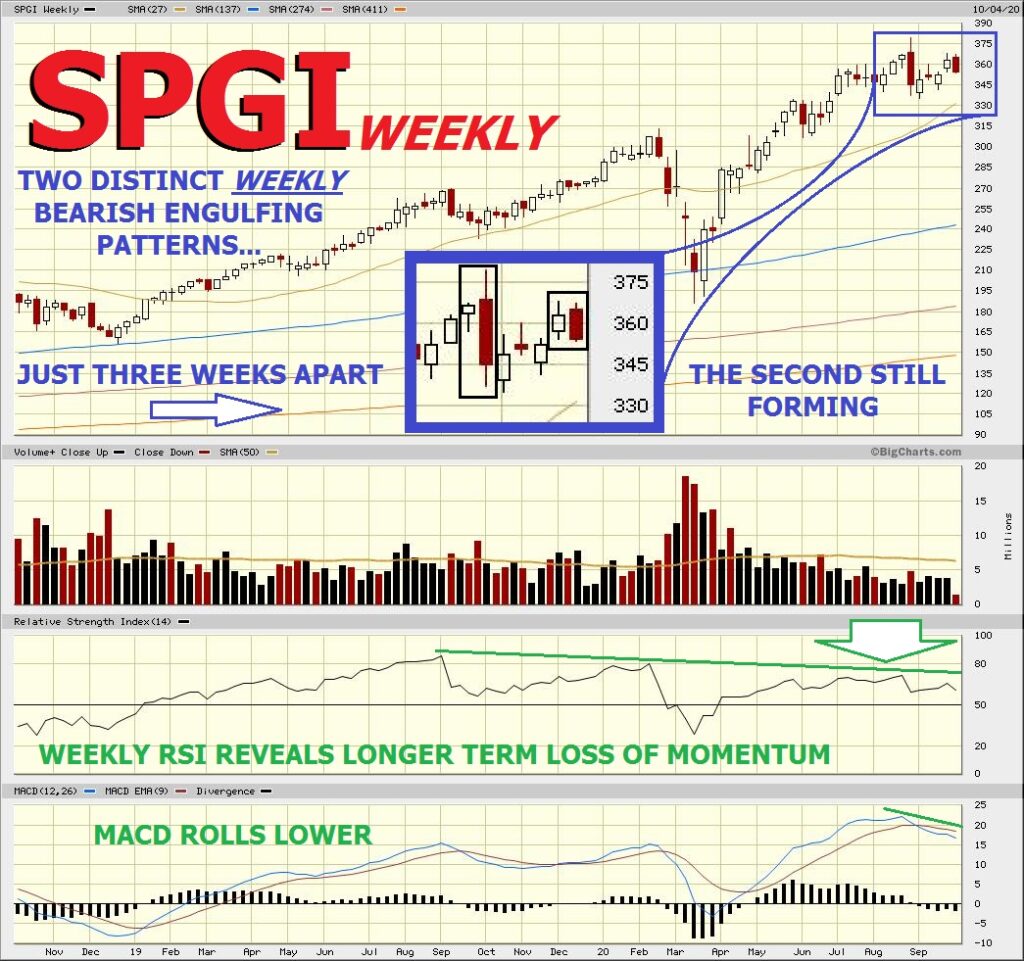 We offer you a look now at the monthly chart – not because our trade is a long term affair; it’s not.  Rather, to demonstrate that SPGI is fighting a broader technical tide that doesn’t bode well for the stock at all. 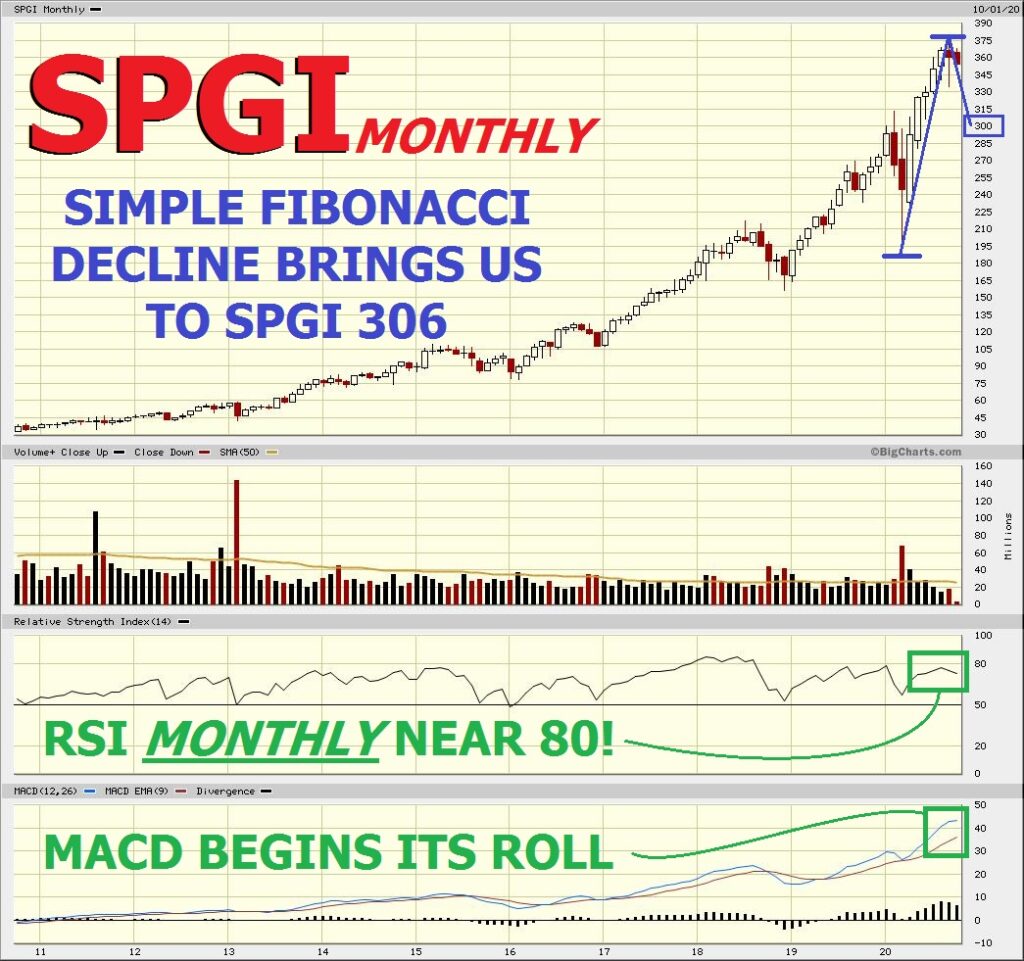 Bottom line is monthly RSI got too close to 80, and that coincided with the top.

Now MACD is rolling lower, and we’re confident it won’t end until SPGI closes the gap at $304 – which happens to coincide almost perfectly with a simple Fibonacci retracement calculation (306, in blue).

We’re going to play this one conservatively – though we stress it is a SPECULATIVE trade, considering the time element.

Here are the details –

Rationale: the trade foresees a decline in the price of SPGI over the next 15 days.

The short PUT pays for a nice chunk of the long.

To achieve full payout requires a decline of just 4.1% by expiry.