Rockin’ it in and Rolling it out (BHP,UNG)

The iron ore market has been a rollercoaster over the last year, and it’s our position that the most recent avalanche in prices is not finished. 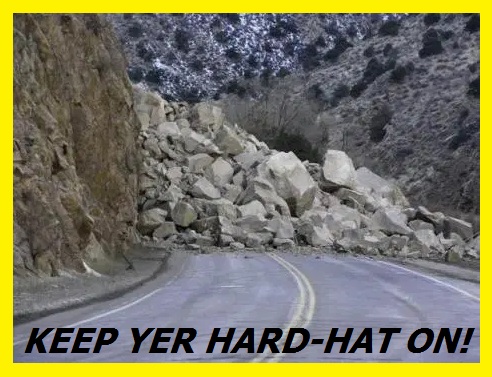 But before we get there we have to tend to a UNG trade that’s expiring this Friday.

We loaded it up on May 30th in a letter called Gas Rises From The Crypt, and it’s still not quite ripe, so we’re opting for a roll-out.

The details are as follows –

Sad to say that the long options are not likely to be worth anything at tomorrow’s expiration.  Grab what you can from the 19 PUT in the next 48 hours.  There could be something there.

As for the short UNG 22 PUT, we’re rolling it out.

You add a penny to the debit, but pull fifty cents from the strike.

Now on to our trade…

Earlier this month, mining behemoths BHP (NYSE:BHP) and Vale settled a lawsuit with Brazilian authorities that brings to an end a four-year legal rumble over an environmental disaster that killed 17 people, injured another 16 and destroyed the lives and livelihoods of thousands. 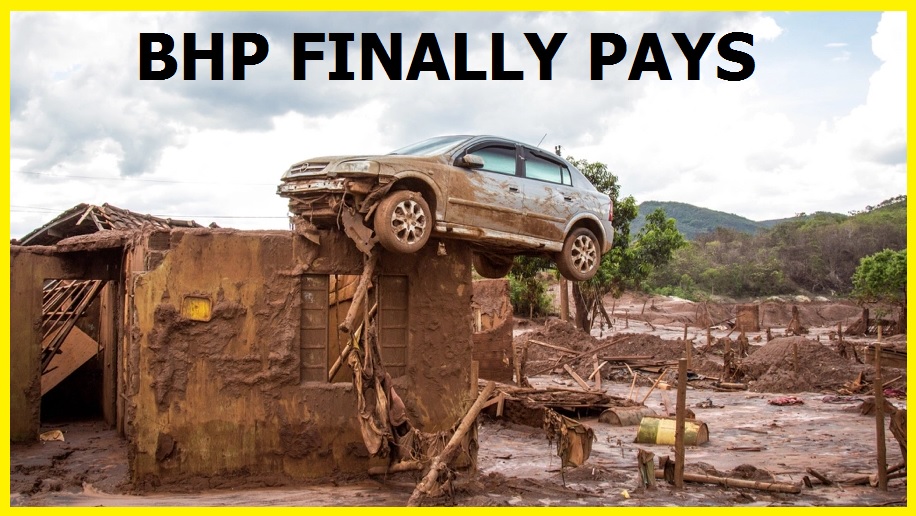 The market breathed a sigh of relief that the saga was over, and the bulls expected a quick rebound once the uncertainty over damages was lifted.

But it turns out this may be a sell the news event – particularly given the state of the global economy and an ongoing trade war that’s crippling demand for iron ore the world over.

BHP earns nearly 40% of its revenues from its iron ore operation, and even though the metal’s price has consolidated over the last few months, the outlook remains less than sanguine. 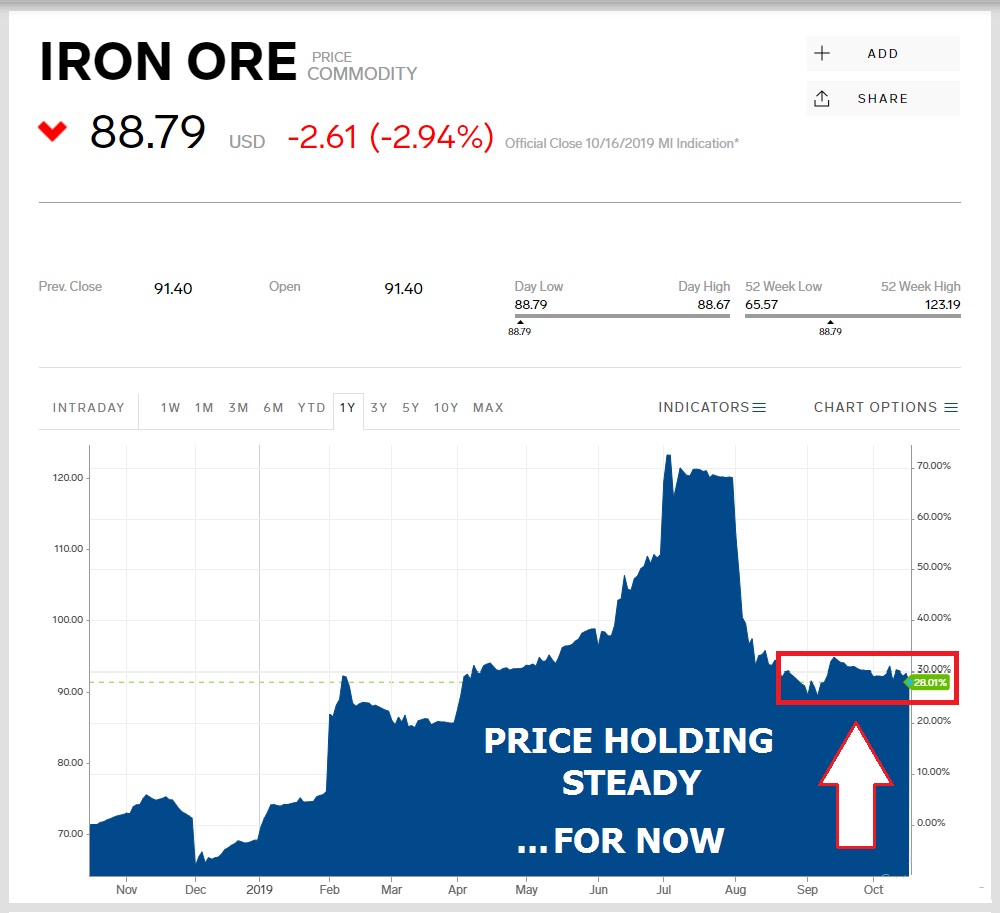 Iron ore needs a number of important catalysts to emerge – and quick – if price is to remain at current levels and not succumb to a mine shaft of gravity.

Have a look at their performance over the last six months –

Technically, we have a developing descending triangle formation (in red), evidence of weakening will on the part of the bulls with each effort to push the stock higher.

Support for the pattern arrives at $46.75 (lower red line).  Any move below that stripe would likely trigger large scale selling.

On the other hand, any move above $50 would put the stock into the ‘mixed’ category, and could engender some short term enthusiasm.

Finally, both RSI and MACD are trending below their respective waterlines (in green), indicating an ongoing bearish prognosis for the shares. 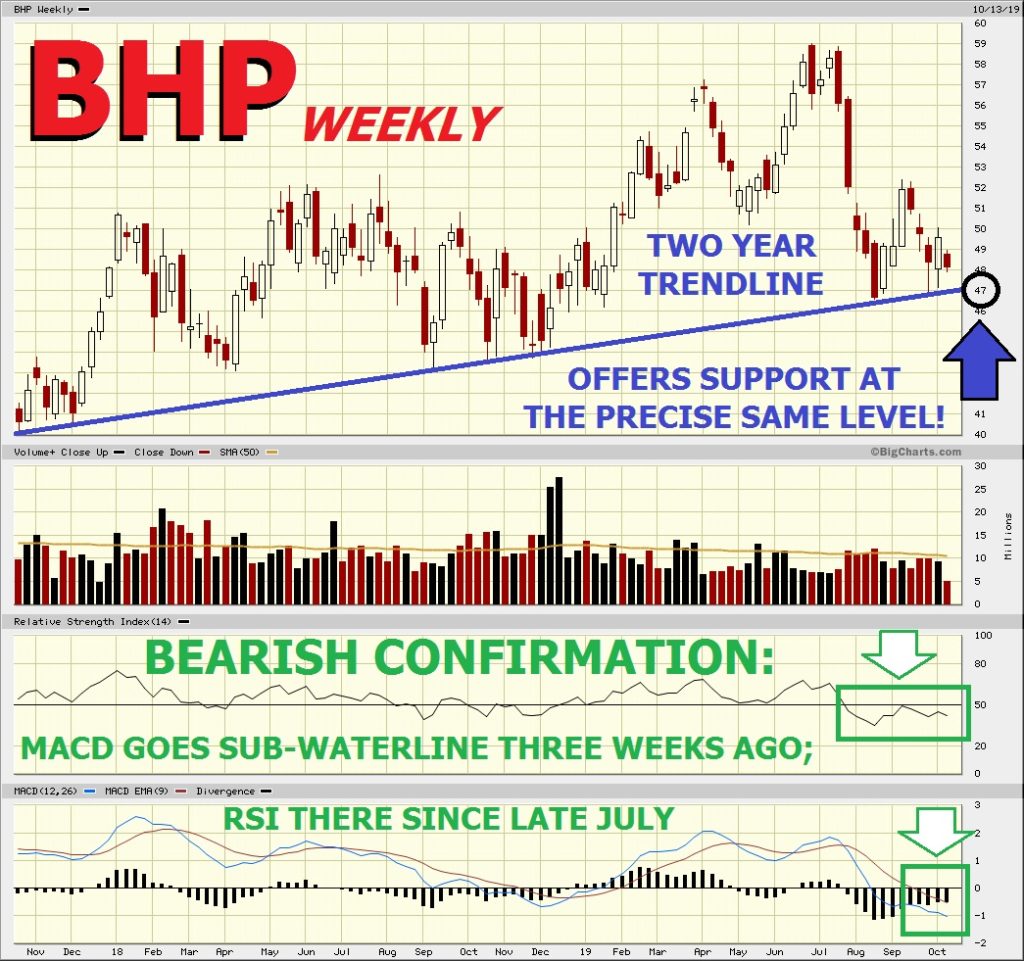 Here, we see long term support emerging at the selfsame $47 level (in blue).  Any break south of that line would set off an Appalachian selling jamboree.

A look at RSI and MACD show the latter confirming RSI’s dip below her waterline in July (in green).

The set-up is patently bearish.

And so we’re recommending you sell a CALL spread and use the funds to buy a PUT.

Next Post »
Simchat Torah – The Joy of an Intimate Wedding