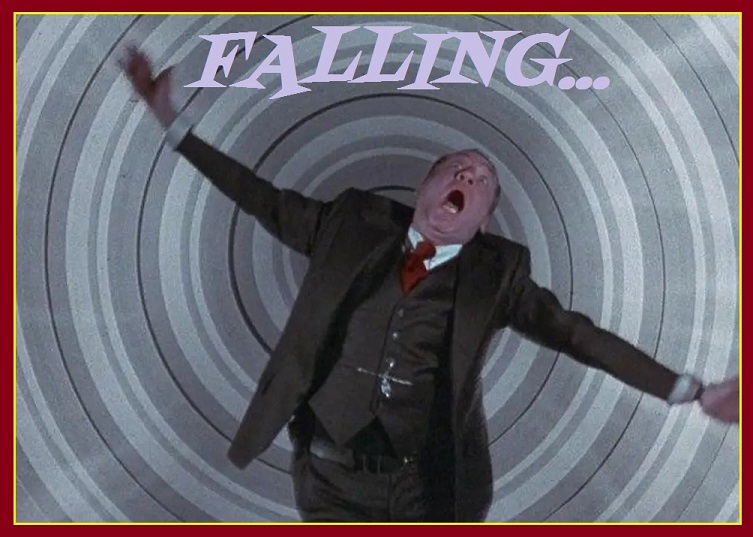 Gibraltar Industries (NASDAQ:ROCK) is under the microscope today, an outfit that makes everything imaginable for the building trades.

But that’s not reason enough to buy the stock.

Headquartered in Buffalo, N.Y. (why anyone in his right mind…), ROCK has repeatedly beat (revised) earnings estimates of late and is offering strong guidance for both the coming quarter and full year.

That said, there’s only so high and so fast a stock can climb.

With a P/E of 27 and no dividend, we say the latest move has been a tad enthusiastic.  Full of both Spanish machismo and British pub sot, ROCK shares ascended some 37% in just two early August weeks.

And now it’s time to cool. 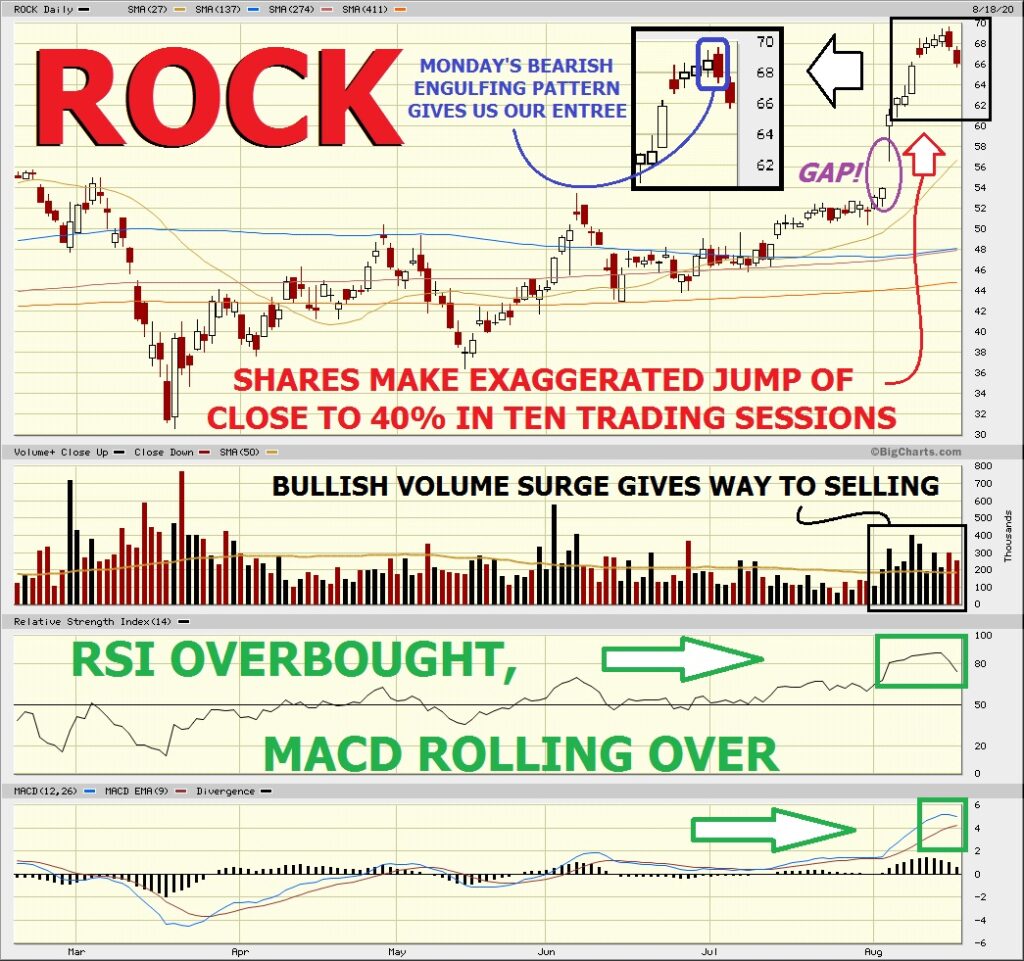 This is the last six months of ROCK, and technically it shows –

All told, we say that doesn’t bode well.

A great deal of the recent rise, we believe, can be attributed to massive short covering, as the stock was recently boasting a rather large short ratio.

That said, it’s our current contention that the shorts are on their way back. 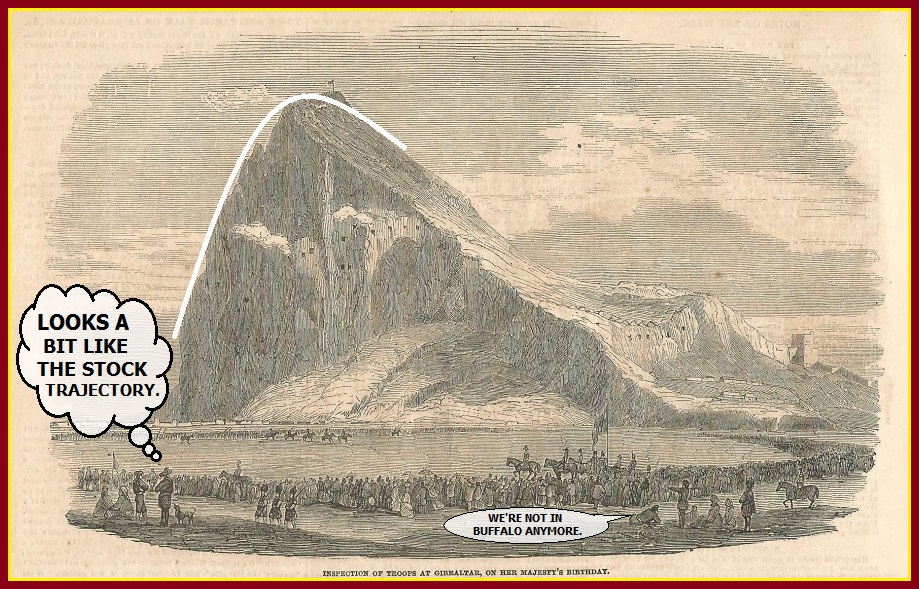 And it’s for all the foregoing that we’re now recommending a synthetic short sale with split strikes.

Rationale: with ROCK expected to decline, a synthetic short sale is designed to capture downside gains.

We have selected split strikes, however (both roughly 15% out-of-the-money), to give us a cushion in case we’re wrong.

A significant move is therefore necessary to cash in big.

That’s also why we’ve given the trade additional time (a half year) to play out.

Should the stock begin to climb rapidly, a STOP buy order at 75 must be in place to forestall any losses.

Maximum loss – with appropriate safeguards in place – is NIL.