Something to Hide…? (TGNA)

What does it mean when a 100 year old company with an established reputation changes its name? Did something happen to besmirch that name? Were there lawsuits and acrimony and hanky-panky? You betcha. But it’s not our duty to pile-on to the legacy media, stirring the pot of recrimination and hate.  There are already enough cooks out there adding fault to fault. 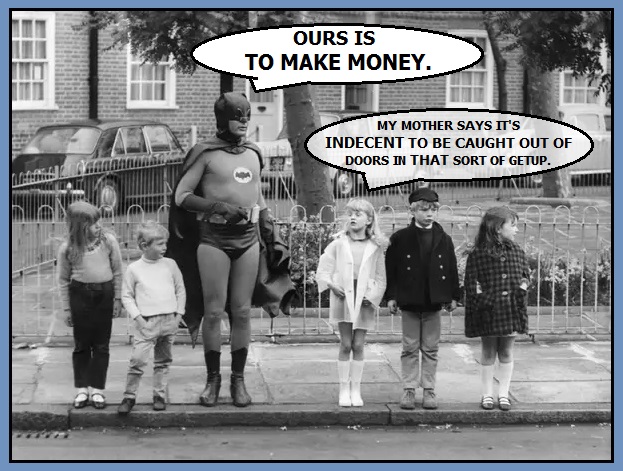 TEGNA Inc. (NYSE:TGNA) – once Gannett Inc., notice the letter scramble – operates television stations that commoditize you, the watcher, and then sell you to advertisers. The company is now the target of a buyout bid that the FCC is looking into.  If it closes, it will likely take place in the fall, according to Bloomberg.

A Lot Can Happen Until Then…

The market hasn’t yet priced in the deal’s success, though it seems likely it’ll pass scrutiny, as numerous other mergers in the industry have gone unchallenged by regulators of late. That said, any number of things can and have happened that could stymie the bulls. For one, the company’s debt load will rise considerably after the deal.  And that will certainly weigh on the stock in the meantime. Moody’s has already singled out the company for a potential downgrade. The market, in general, could also continue to decline.  And TEGNA could decline even faster.  Analyst estimates for the coming quarter are now mixed and falling, and since setting new highs at the beginning of March, the stock has underperformed the S&P 500, falling 7.5% against the S&P’s 4%. And that could portend further weakness.

The company beat earnings estimates exactly a month ago, and has done precisely nothing since. Unchanged. Nada. And that doesn’t bode well, either.

Here are the nitty-gritties –

Which just about says it all. Have a look at the WEEKLY chart for the last three years – 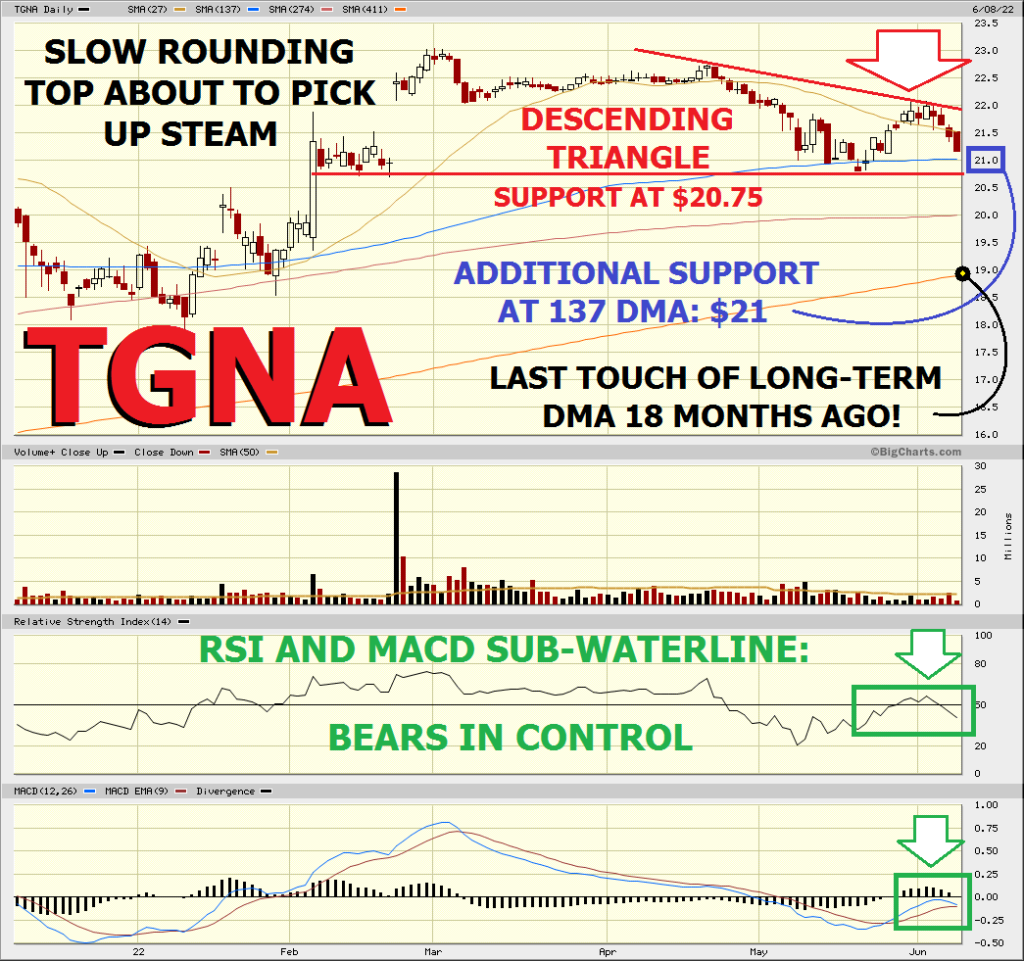 Rationale: the trade offers more protection and a superior breakeven with an outright short sale (over a synthetic short), though the synthetic short route* means less initial outlay.

And the G-d of Israel sees all and judges all.

« Previous Post
TAX: The Only Thing That Grows Without Rain (HRB)

Next Post »
The Pride and the Shame: Chicken-Pork Processor Gets Salamied (PPC, DE)