Steel Pair Profits, Side By Each (X,NUE,GLD)

Before we get to today’s action, we’ve got a single open trade to attend to.

It was initiated a’way back on April 17th but went against us, so we’ve been forced to roll it out. 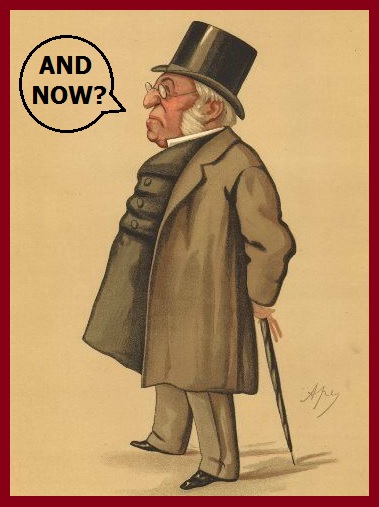 That move gives us better than two months breathing room on the trade (in addition to the added premium). 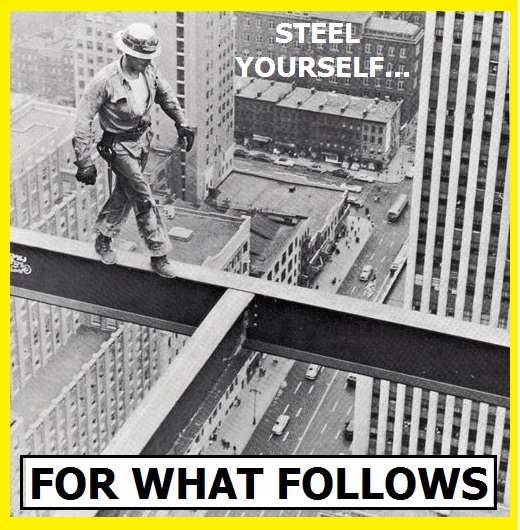 Our trade today pits two players in the steel industry against one another.

The first, Nucor (NYSE:NUE), has been a slow and steady performer in the sector for years, while U.S. Steel (NYSE:X) has a far more volatile trading profile. 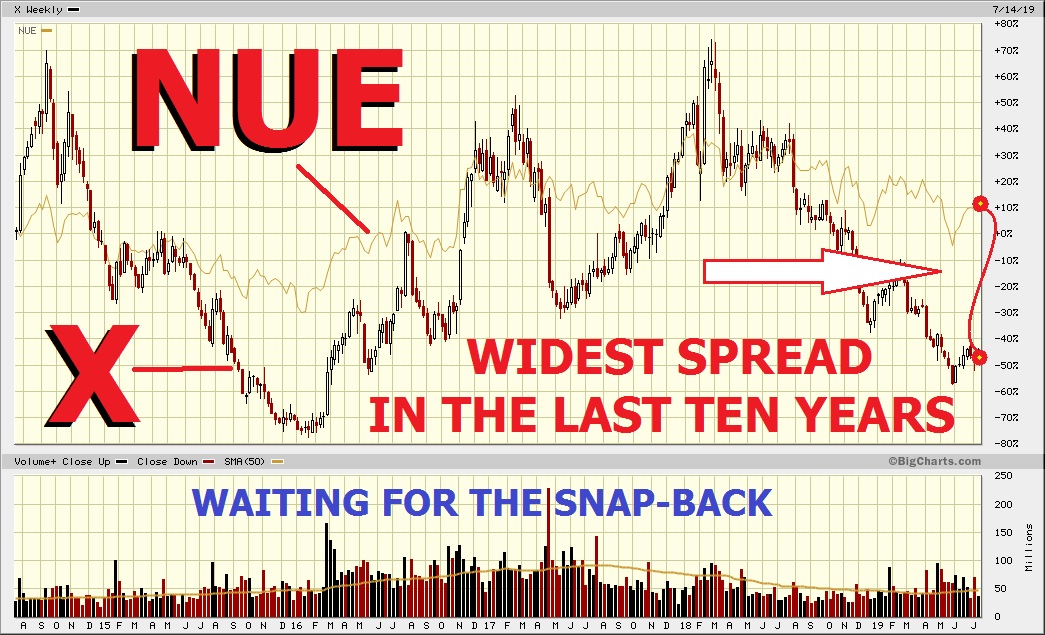 The steel business is going through some rough times both here and abroad, and that’s manifest in the charts.  Trade wars between the world’s biggest producers and consumers of commodities are simply not price supportive.

That said, it’s also clear from the chart that the action on U.S. Steel is consistently more volatile than Nucor.  When NUE falls, X nosedives.  When NUE climbs, X soars.  And that’s the way it’s played for the last decade.

The spread has never been so wide in that period as it is today, and that’s what’s informing our current bet.

As we write, NUE is announcing earnings, and the market is shrugging them off entirely.  The stock is down exactly two cents, or -0.04%, in what’s being taken as an altogether ‘non-event’.

We’ll see if there’s any movement in resolving the trade war by that date.

Until then, should the steel sub-sector see a rise, we propose being long U.S. Steel, and short NUE.  And we’re doing it like this –

« Previous Post
All aboard: From Penn Stn. to THE BOTTOM OF THE OCEAN! (PENN)