Stewed Prunes! There’s a 1400% Winner on the Table – And Semiconductors are Next (FAS/GS, USD/KLAC)

One trade to close today, another to open. 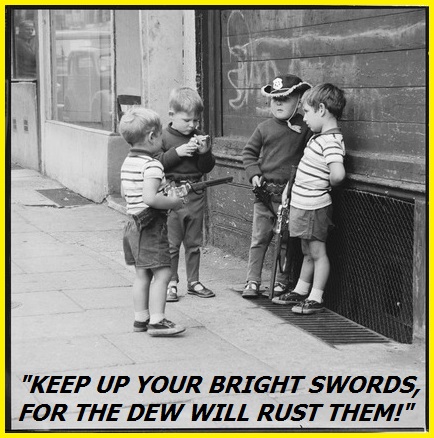 And now down to business.

On June 21st we sent you a bank-themed initiative called Congolese Child Warrior Arrested at LaGuardia with Two Ton Cache of UNPASTEURIZED Butter!

All praise the Al-mighty living G-d of Israel! 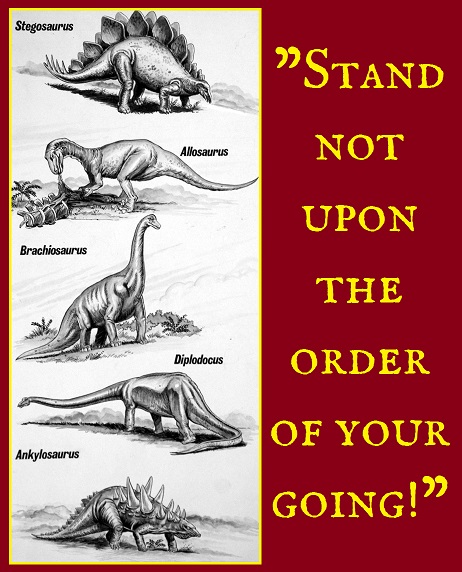 As if they ever REALLY existed…

Today’s trade is a play in the semiconductor arena, which is feeling a boost in share prices as 5G technologies are rolled out around the world.

Recent price gains, however, come at the same time as the market is showing signs of topping.

One such sign is short interest – which hit five year highs during the March selloff, only to plummet ever since. 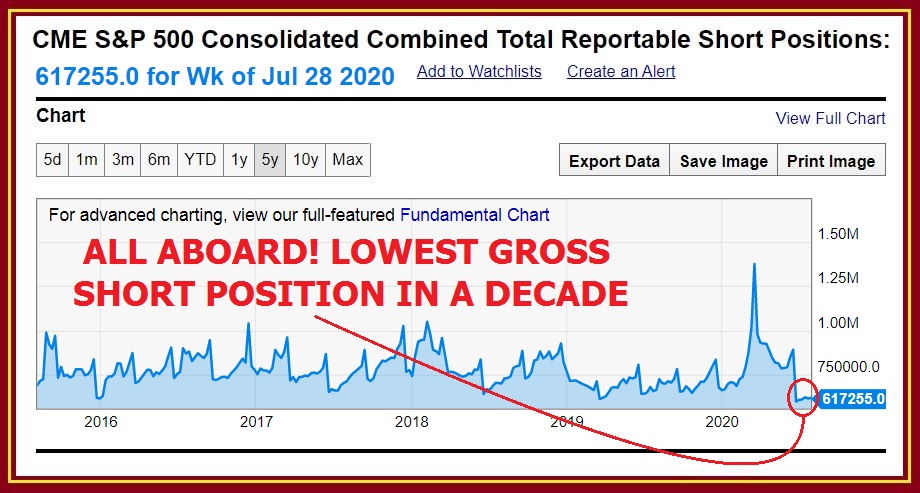 After the squeeze was complete, overall short positions dropped to their lowest levels in ten years, and that’s a contrarian’s dream.

But is a Fall Imminent?

As you well know, markets can continue climbing irrationally for a good long time; as they’ve done several times over the last few years, so it’s difficult to strike a definitive bearish posture at this stage.

And it’s because of that we’re preparing for an impending powerful move in either direction.

And that brings us to the chip makers, where we’ve focused on middle-of-the-road manufacturer of teeny tiny, nano-sized products that we know absolutely nothing about, KLA Corp. (NASDAQ:KLAC).

KLA is among the steadiest performers on the PHLX Semiconductor 30 Index (SOX), and that’s precisely why we’ve chosen her for today’s trade.

Our goal is again to employ our straddle Straddegy© by selling the appropriate KLAC pairing and using the funds to purchase the 2x leveraged ProShares Ultra Semiconductors ETF (NYSE:USD).

Here’s the way the two line up against each other – 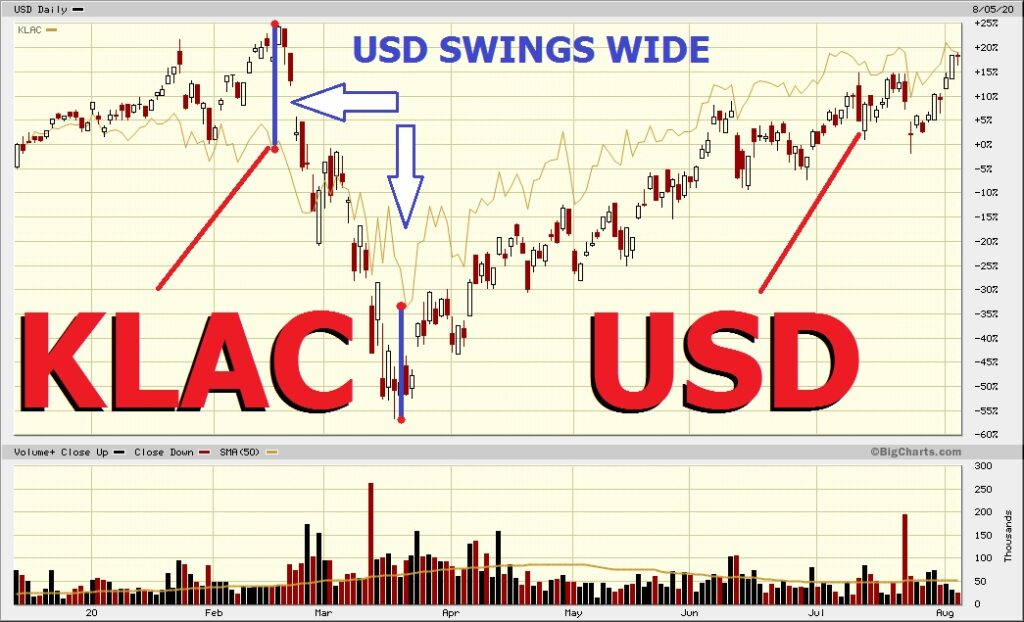 Because of the way these stocks are priced, and in light of the way USD swings against KLAC, we see an opening to go long/short in both directions.

Rationale: the expectation is for USD, the leveraged semiconductor product, to move faster and farther than KLAC in whichever direction the sector is trending.  This has been the history of the two securities for some time, and we see little reason for the relationship to change.

The greatest danger to the trade is that KLAC goes out of business before September expiration OR finds new (unexpected) vigor in what’s essentially a commodity business whose changes are glacial in speed.

In other words, both contingencies are extremely unlikely.

We like the trade especially for the additional time afforded us on the long USD CALLs.  Those options expire in November, a full 63 days after the KLAC short options are laid waste.

That likely means we’ll close the trade as close to the expiry of the KLAC options as possible (September 18), if not before – though we can certainly hold the remaining OTM USD option in the hopes of a turnaround.

Max and Mins are all but impossible to determine, but a weary, non-trending market through November expiry could lead to a small loss, if the trade is held until then.

And that, too, is unlikely.