StoneCo – Not a Marijuana Stock (STNE)

Today’s underlying is an ecommerce outfit based in the Cayman Islands, banking home of the independently wealthy, both criminal and hard-working. 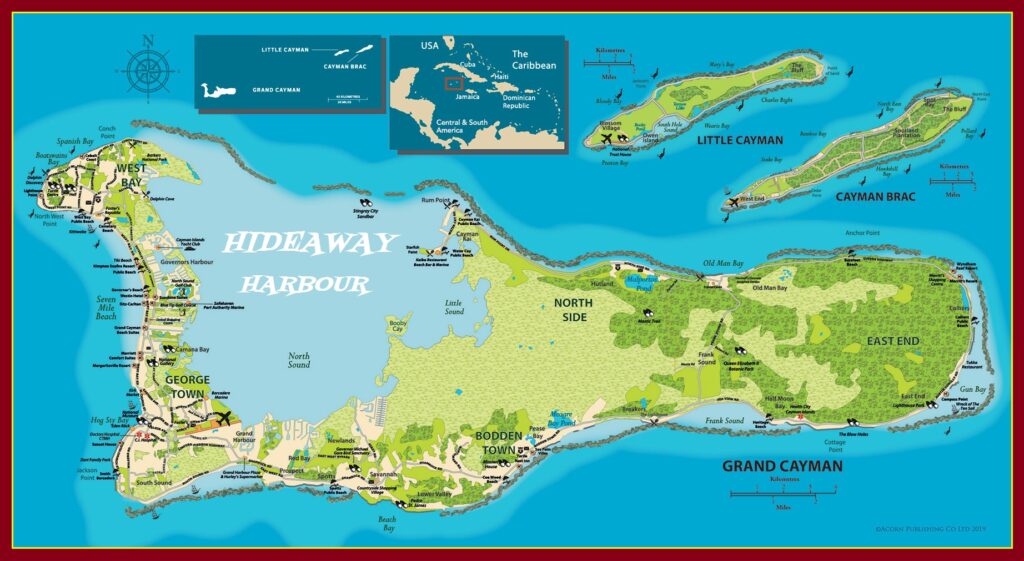 They call themselves StoneCo (NASDAQ:STNE), and they claim to facilitate financial transactions for small business in Brazil.

Granted, she’s an online business – and that explains, at least in part, the inflated metrics – but with 6000 employees, we’re beyond start-up stage growth numbers.  So something’s amiss. 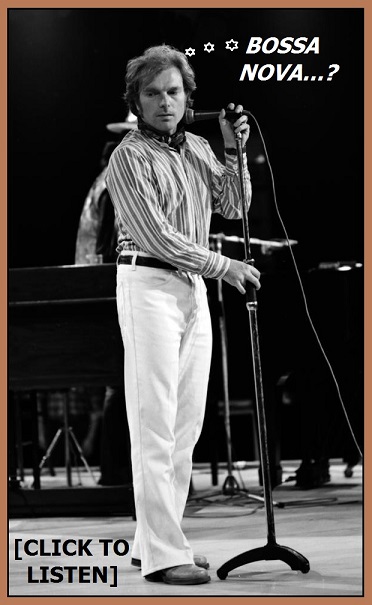 A scan of the company’s press releases reveals little in the way of thrill-inducing buy signals.

Yes, Berkshire Hathaway owns a chunk of the company, and yes, that’s exciting.

But at some point, buying must needs exhaust itself.

And we believe that time is now – for now.

Have a look at the daily chart for the last year – 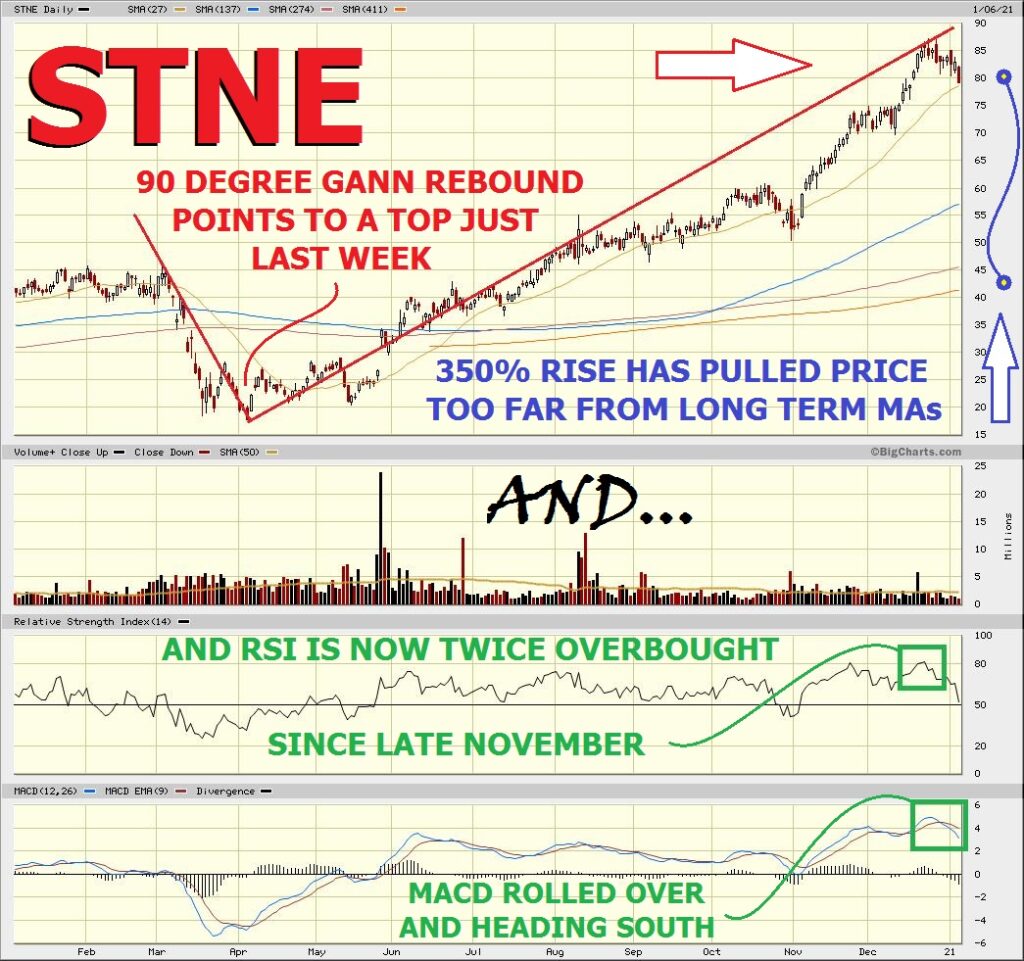 The weekly chart is also problematic, because here, too, we have an overbought RSI signal – 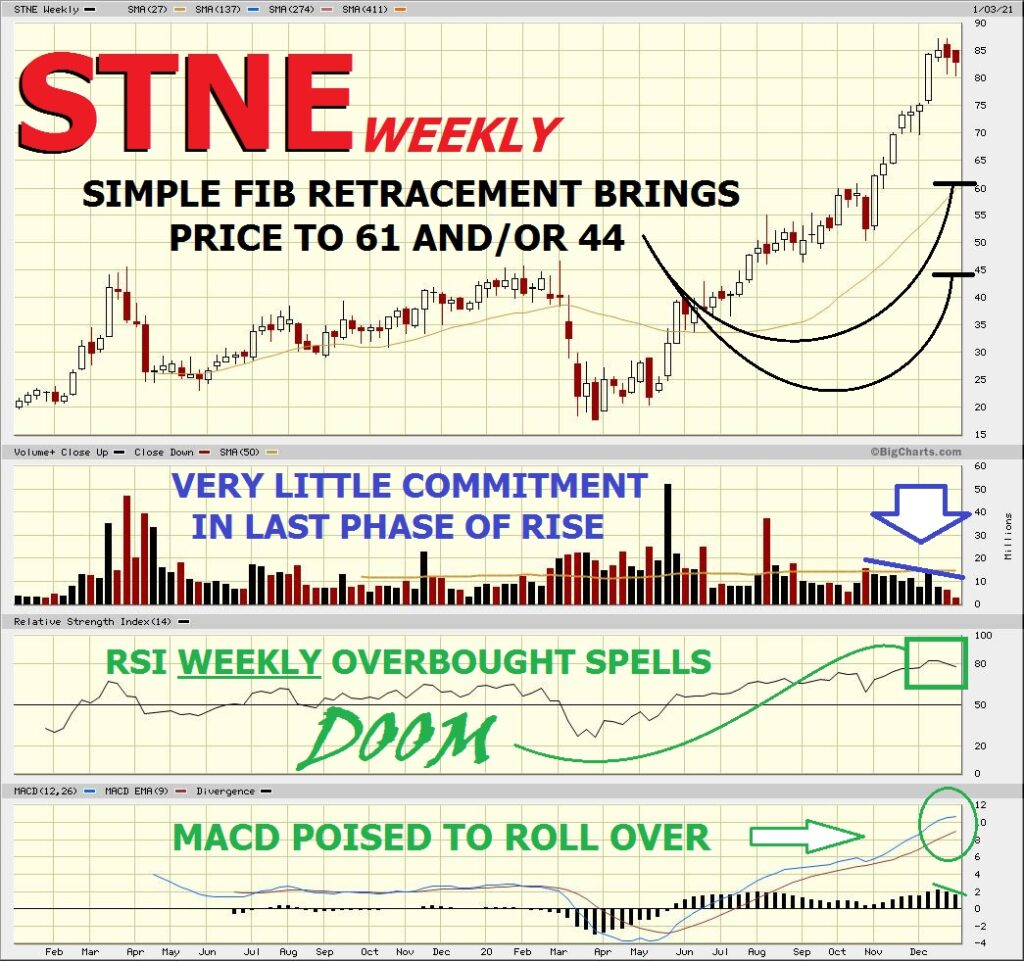 Rationale: when the great sucking sound is heard across the land, STNE will drop like a … well, you get the picture.

Maximum gain on the trade is $6.05 (difference between the strikes less initial debit).

Next Post »
You Say You Want a Revolution… (RVLV)