Today’s trade requires little commentary.  The set-up is straightforward, and the trade is a short term bet based on technicals pure and simple. 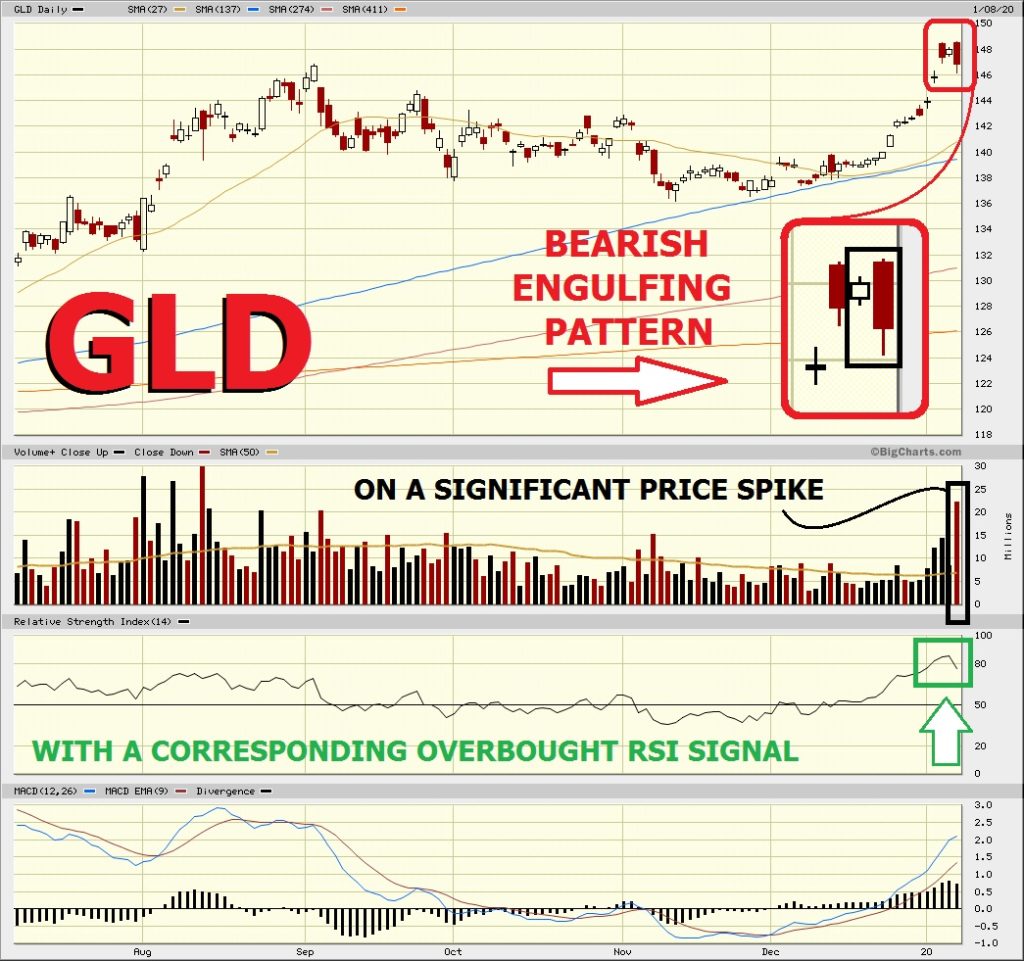 This is the SPDR Gold Shares ETF (NYSE:GLD) for the last six months.  And as you can see we have a bearish engulfing pattern as of yesterday’s close (in red).

We also have a very clear overbought RSI signal (in green), while MACD appears to be rolling over.

The spike in volume yesterday (in black) also speaks to an immediate top in GLD.

And these three items form the basis of our near-term bearish take on gold. 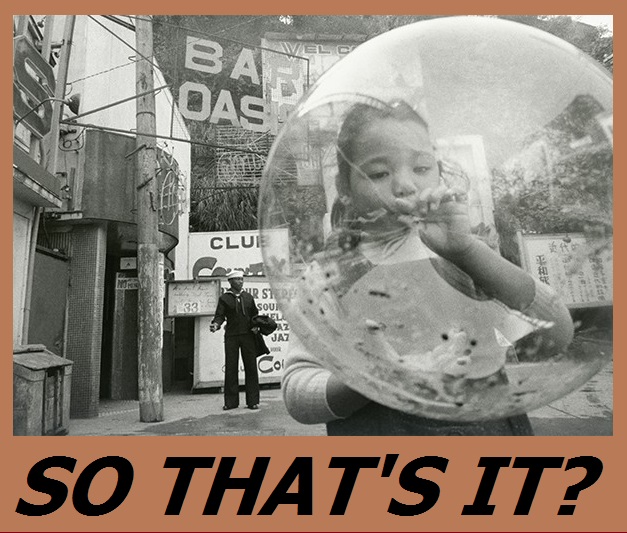 It always behooves us to scale back to the longer term chart to ensure that our read is the correct one.

And here’s what we find there – 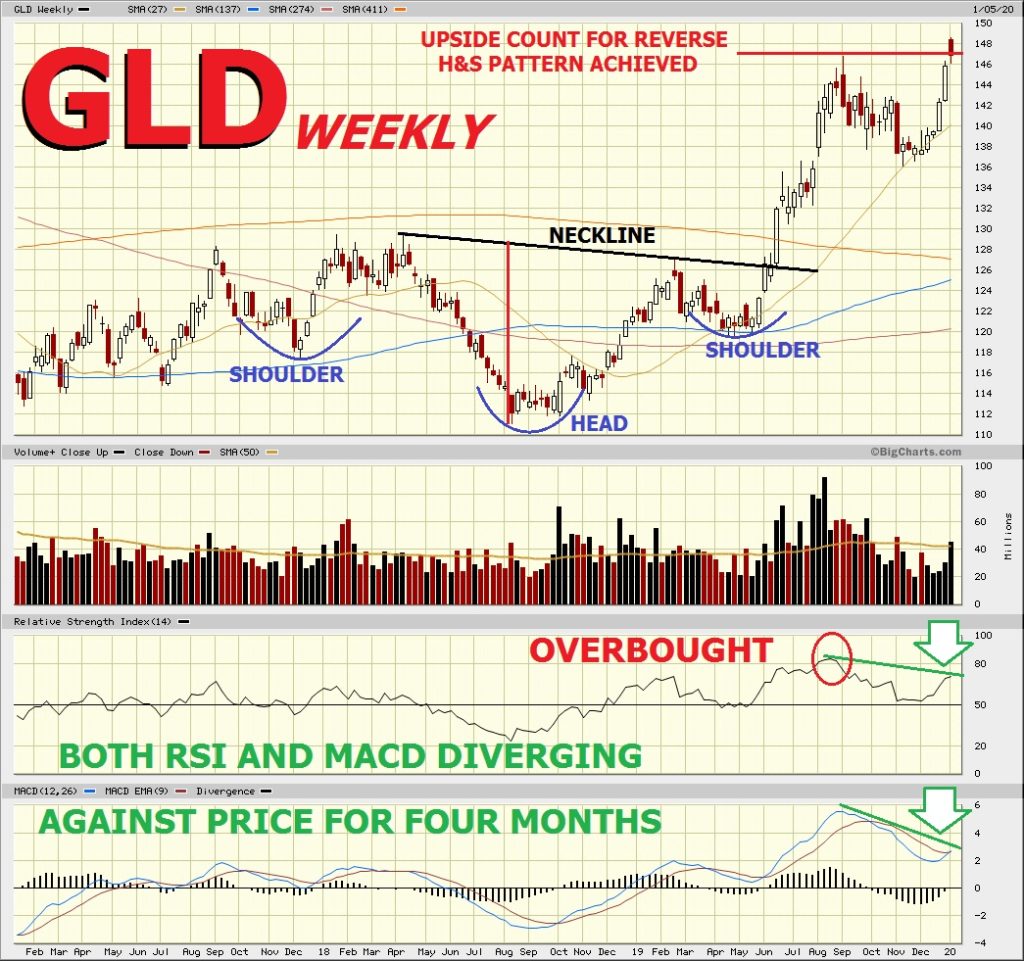 There was no overbought RSI signal on the latest rise, but the last top did produce one (in red), and this is a common pattern on both daily and weekly charts as tops are developing.  The first signal results in a pullback, the stock then moves to new highs – but without triggering a fresh RSI overbought signal – and then the descent begins in earnest.

We’re not certain that will be the case here, but there are a number of factors militating towards that end. 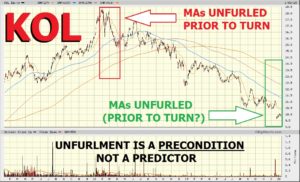 We therefore see the future of gold… as red. 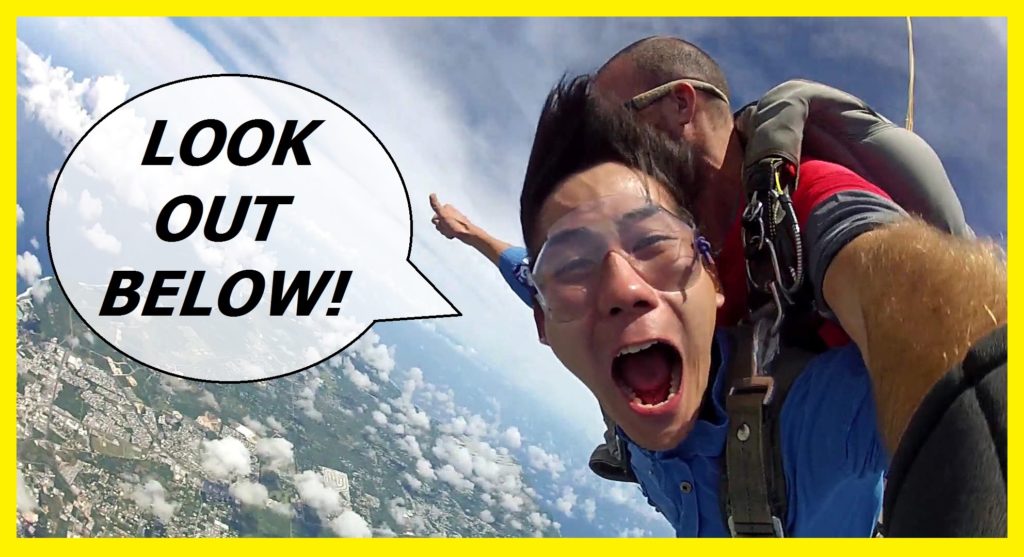 And we’re playing it by selling a CALL spread and buying a PUT spread.