There’s a money war shaping up globally that pits the dollar against a number of upstarts, physical, fiat and virtual. 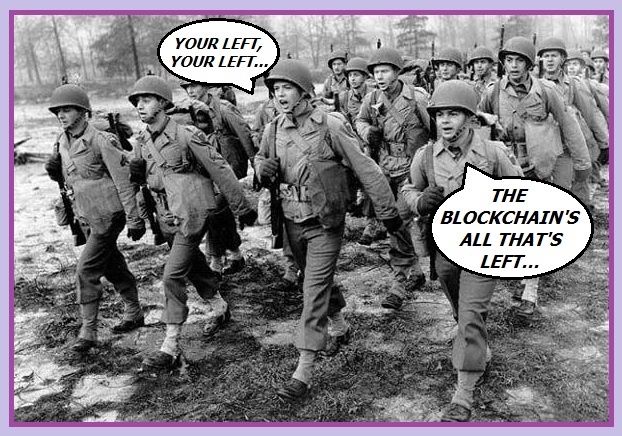 The Yuan, Bitcoin and, of course, silver and gold are contending with the buck, in a battle from which only one will emerge as the world’s moolah hegemon.

And as the war develops, we’ll see flips and turns in the relationship between all of the above, some growing in value, others diminishing.

And it’s precisely there that we’re basing today’s trade.

The U.S. Dollar and silver have a long volatile relationship that today offers us a great opportunity to cash in. 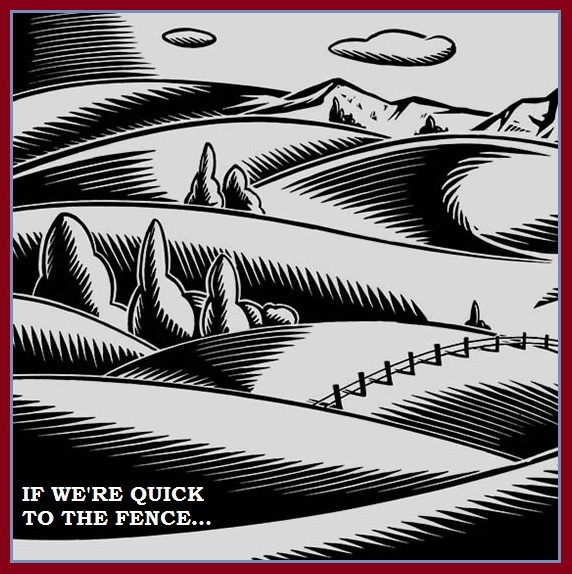 In order to understand the trade, let’s walk through a few charts of the iShares Silver Trust ETF (NYSE:SLV), a reliable proxy for COMEX silver.

We’ll then match that stock against the dollar, as represented by the Invesco US Dollar Index Bullish Fund (NYSE:UUP) and see how things shape up. 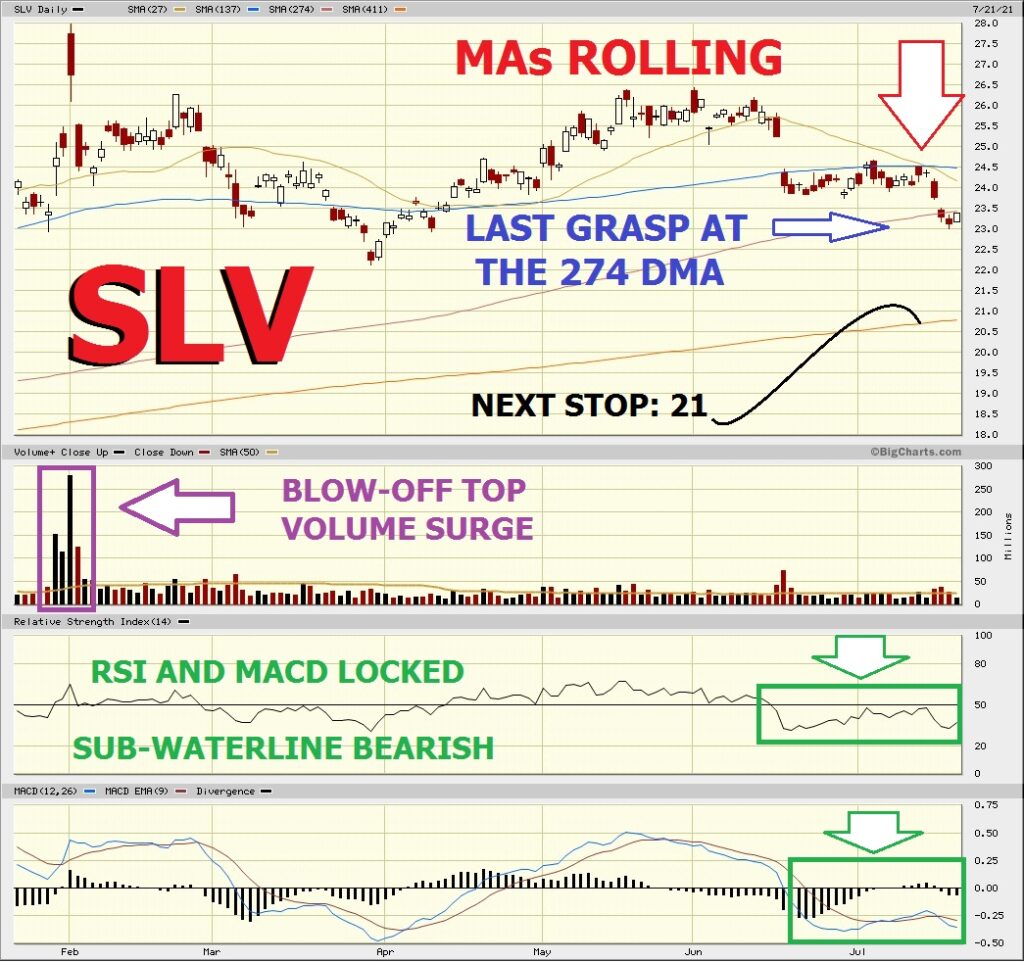 This is the daily for the last six months, and it shows – 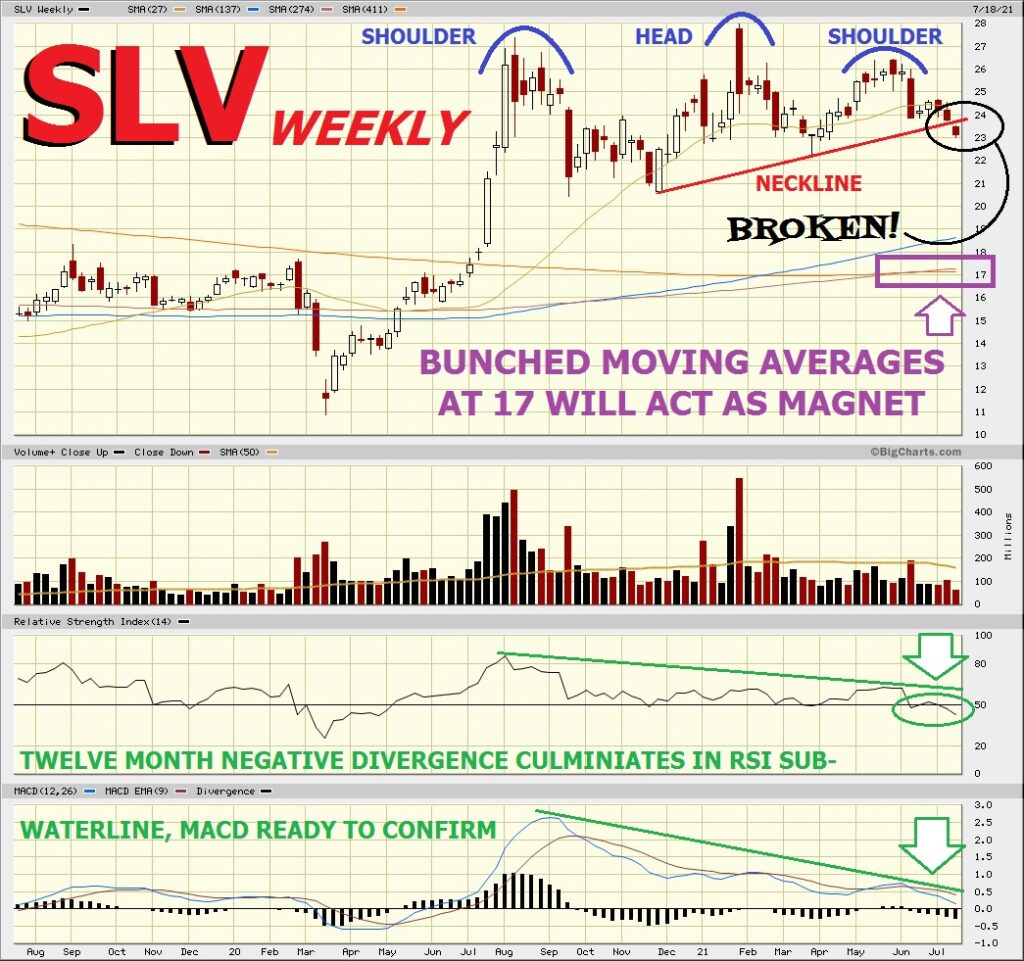 With the downside case for SLV looking very likely, let’s turn now to a comparison of SLV with UUP. 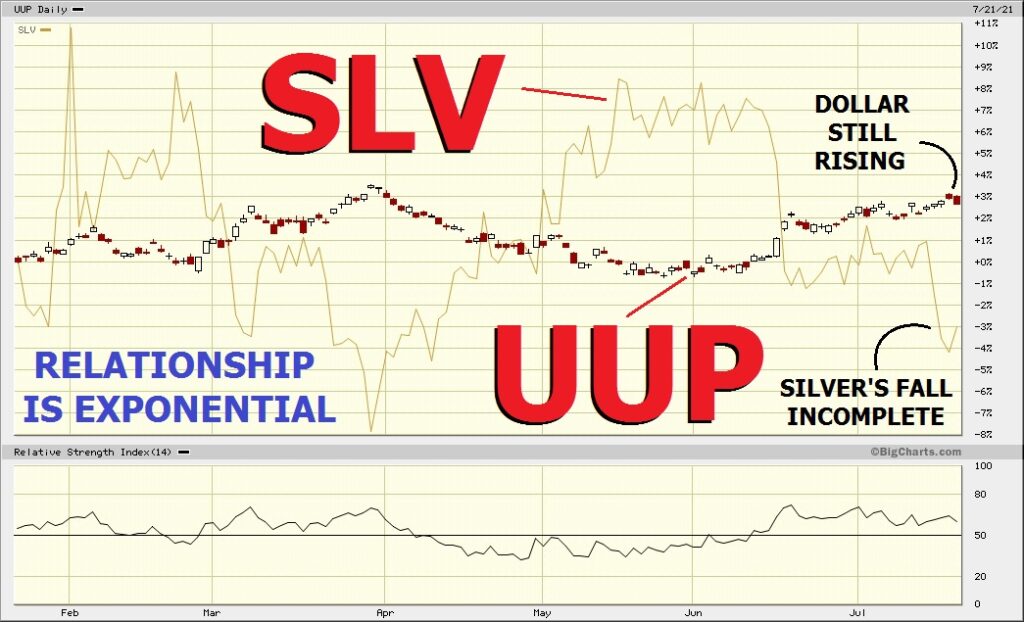 Most important here is the relationship between the dollar and silver.

As you can see, any move in the dollar triggers a massive, opposite reaction from silver.

Rationale: these two ‘moneys’ generally travel in opposite directions, and the trend is now toward a stronger dollar.

That means we can cash in on SLV weakness, but we want it for as cheap as possible.

Maximum loss is $2.56 (difference between the UUP strikes plus initial debit), should UUP decline below 23 by expiry – an eventuality we consider dubious at best.

Consider multiple units for a larger haul, if it strikes your fancy pants.

We’ll consider closing early in the event of a swift move lower for SLV.

Place you faith in the Al-mighty G-d of Israel, and like David HaMelech, you’ll never lack.