We’re coming at you early this week, to take advantage of some excellent pricing.

A Grocery Store, friends, is the vehicle Hashem has chosen today to transport us to financial freedom.

But before we get to the trade, we have two to close.

Sharpen your pencils and sit up straight.

First up is our SAIA trade, whose details can be found HERE.

Adjusted for minimal commissions gives you a 2773% profit.

And that makes it all worthwhile…

And now to Albertson’s (NYSE:ACI), the aforementioned Idahoan grocery that beat on revenues and earnings two months back – but still lost better than 20% in the weeks that followed.

What’s more amazing is that directly following that decline we saw an incomprehensible rise of better than 20% on the stock.

The shares are manic.

And everyone’s trying to figure who holds the upper hand – bulls or bears.

But our charts below make it abundantly clear.

In other words, the stock ain’t goin’ nowhere. 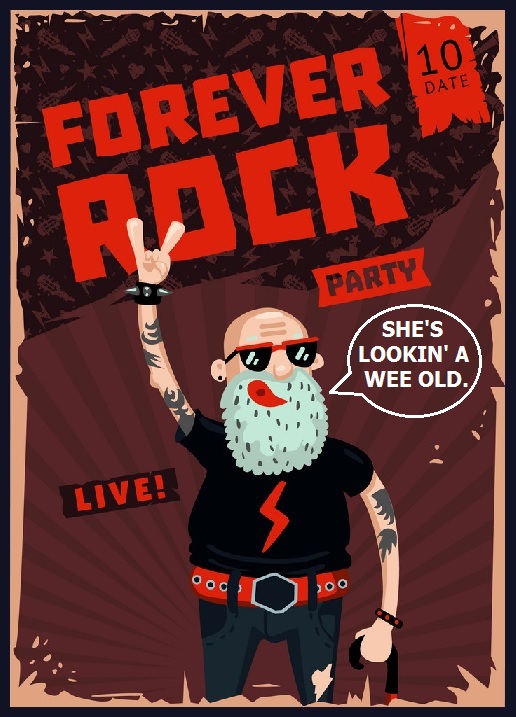 And why is that…?

You can bet they’re cutting out the non-essentials, too.

And all a result of price inflation, including gas costs, which are now starting to bite.

As the chart below shows – 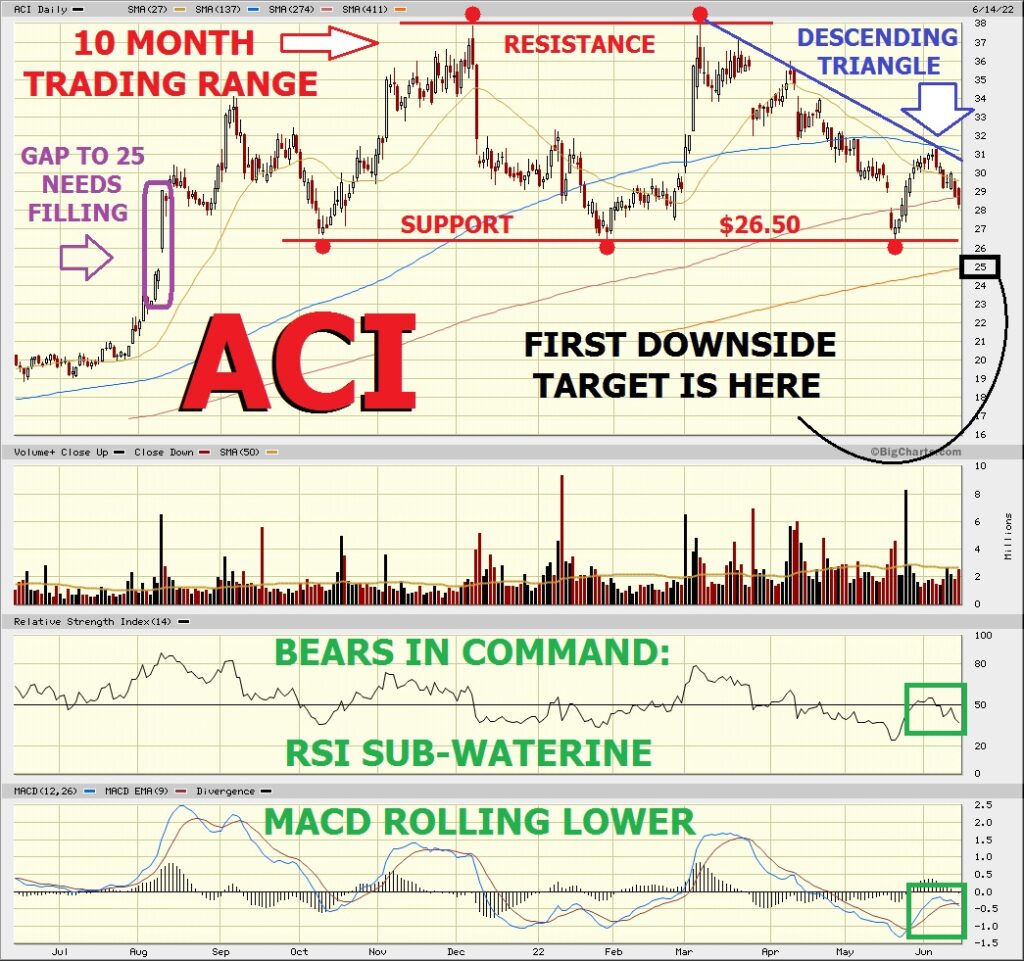 This is the daily for the last year, and it clearly shows –

Now check out the weekly –

This is the same, full year of chartitude for ACI, and it presents –

That could take some time to ensue – if it does – but we’re not betting on it over the short term.

Our trade requires a far more modest retreat to cash in.  But it’s SPECULATIVE.

Max loss is $2.10 (difference between the CALL strikes plus the initial debit).

We label the trade SPECULATIVE because it expires in exactly 30 days – a shorter time period than we’re used to offering.

That said, the G-d Of Israel will have His way.