The Jeanie’s Out Of The Bottle! (LEVI)

A declaration of war is not a thing to be taken lightly.

So when the holy tribe of Levi issues a warning to the denizens of Shechem to prepare for battle, one would surmise that those with an operating cogitative function would take heed, prepare for the worst and – at the very least – pray.

Heedless as they ever were, they appear to prefer the fate of their forebears. 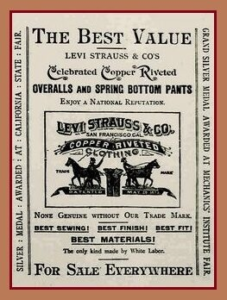 So let it be written.

And in the midst of that initial fog of war, let us now take a closer look at the descendants of the warrior tribe, LEVI, the better to examine their pant-making acumen…

Speak only in whispers.

And may G-d be with you.

The cryptic nature of today’s posting is necessary only to throw off the evil Erev Rav. 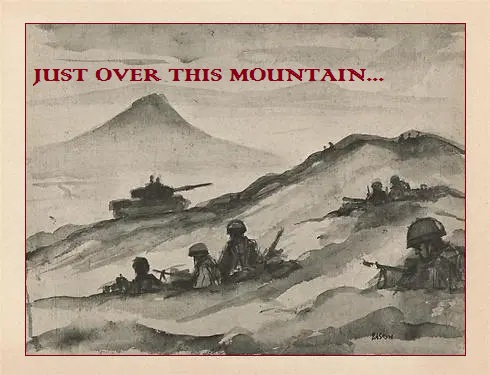 Levi Strauss Inc. (NYSE:LEVI) has been selling jeans and other casual apparel for better than a century and a half.  For a much briefer period, however, their stock price has lacked the rivets and durability that made the original product so legendary.

Could it be the Jeanie’s out of the bottle?

But have a look at the daily – 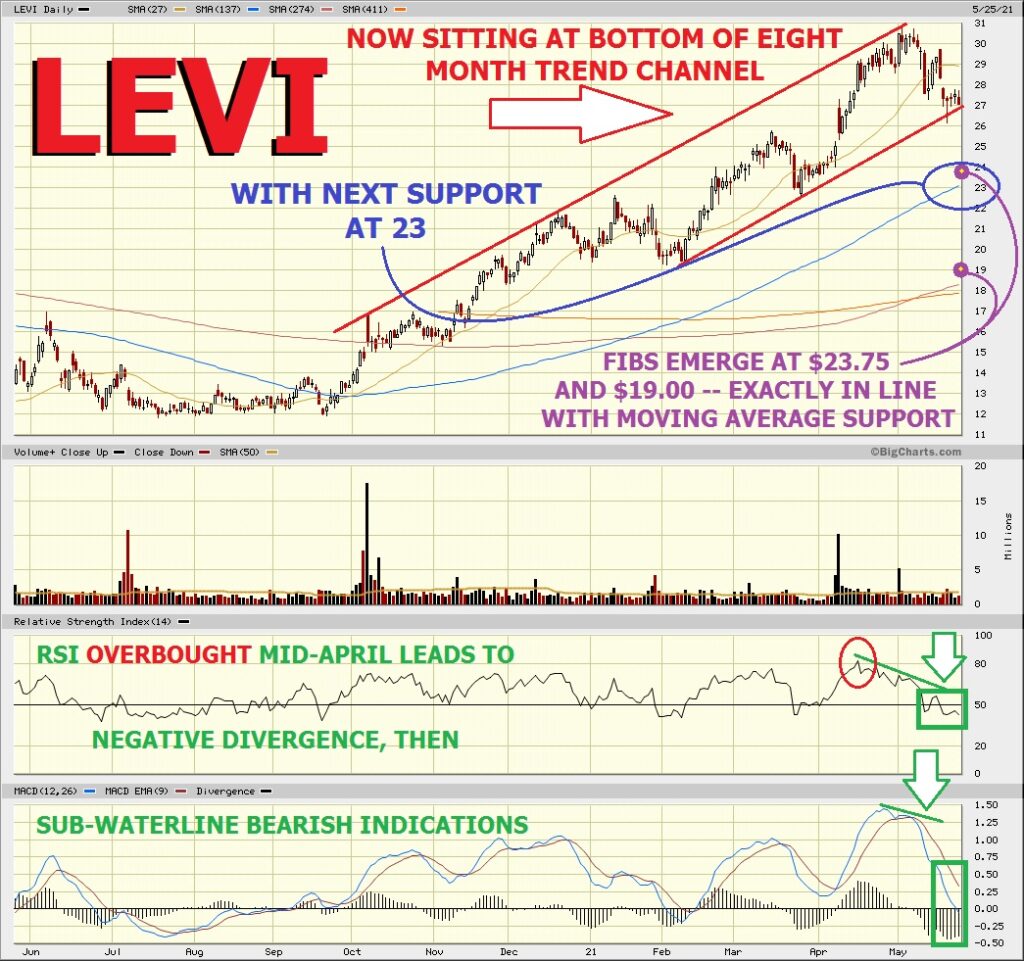 This is a year’s worth of LEVI chartitude, and it presents the following –

We’re going to leave it to the market to decide where this one ends up.

Maximum loss (with proper STOPs in place) is limited to our initial debit.

After that, it’s a stone-washed bank robbery.

As mentioned above, 23/24 is a likely first stop.  Depending upon how fast that target is reached – and the technical condition of the stock at that hour – we’ll determine whether to close.

The 31 strike was chosen because it resides above the stock’s all-time high, and therefore out of reach at this stage of the rally.  All the same, should our STOP buy be triggered, be sure to reset a STOP sell at the same level, in order to keep the trade square.  Should that STOP get activated, reset a STOP buy at 31.  And so on, until the trade is closed.

Next Post »
A Cold Day in Hell! – Watsco Stock Meets its Maker. (WSO)