In mid-summer we played mega-miner Freeport MacMoRan (NYSE:FCX) for a doozy of a profit.  And today, we return again to the thieves of Indonesia to do it again.

Now, when we use the friendly monkier ‘thieves’, we do so, of course, with tongue firmly in cheek, the better not to upset or otherwise needle our corporate overlords.

Thieves is a term of endearment, after all, for those at the head of the corporate dragon, who, in fact, bear responsibility for the better part of the killing, torture, oppression and the rest of the sodomite panoply of sins that affect the world.

But more on that another time. 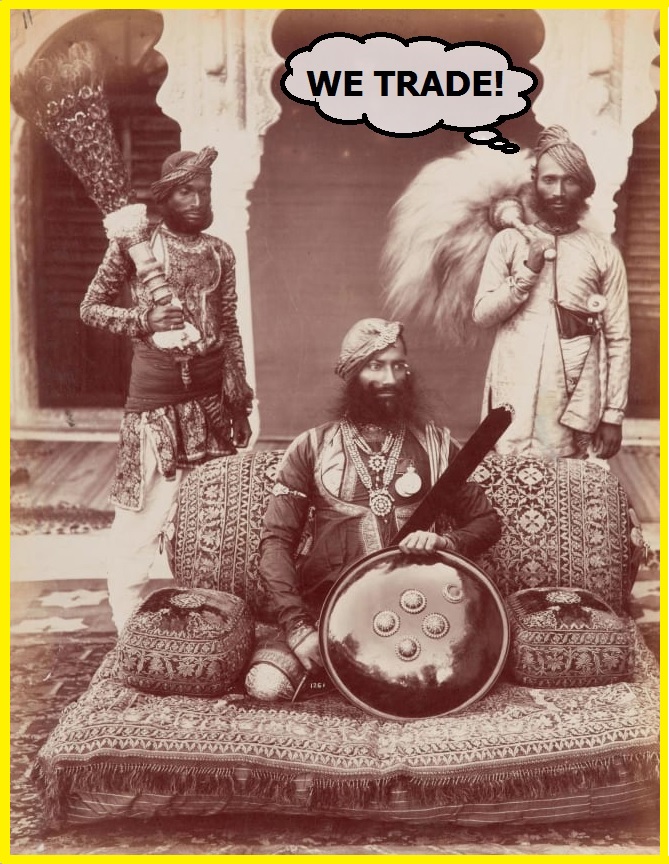 Every few months finds that stock some 20% to 30% distant from where it stood before, and we say that’s also going to be the case when New Year’s rolls around, and we’re all buckling our galoshes and sporting woolen mittens in the depths of a Dr. Zhivago winter.

FCX, of course, specializes in copper, and the price of that metal has several important drivers now pushing it in a bullish direction.

The first is Chile. 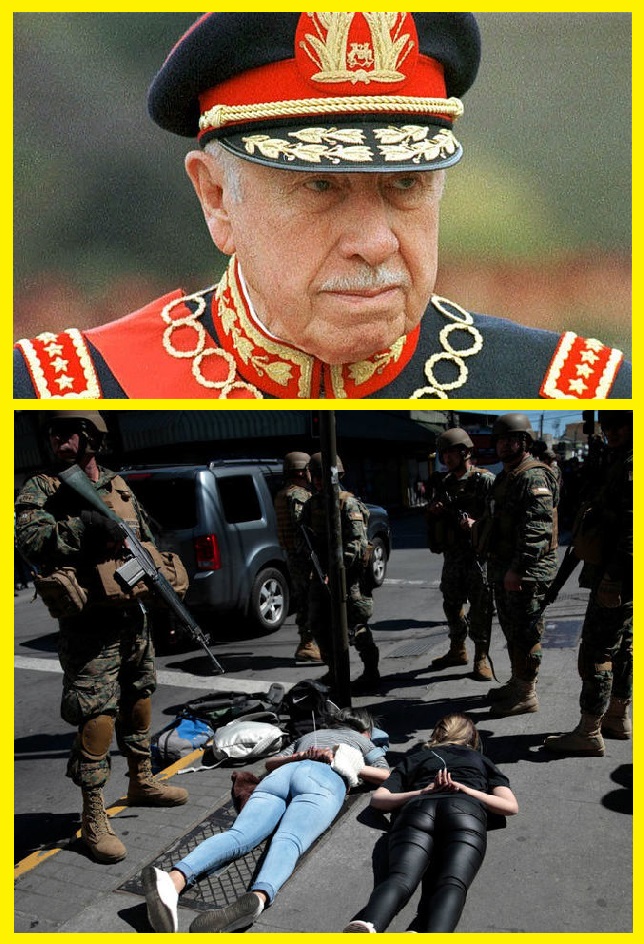 Riots in that country have drawn unions from the world’s largest copper producer into their orbit, meaning production delays and potential shortfalls will push prices northward.

The second is trade talks with China.

There, too, we have leaks of preliminary dealings that could immediately unshackle the price of copper and send it significantly higher.

Copper prices are broadly tied to global growth, as you know, and there, too, we’re seeing ‘green shoots’ – despite yesterday’s disappointing (but better than expected) 1.9% GDP number.

Here’s a chart of his orangeness for the last year – 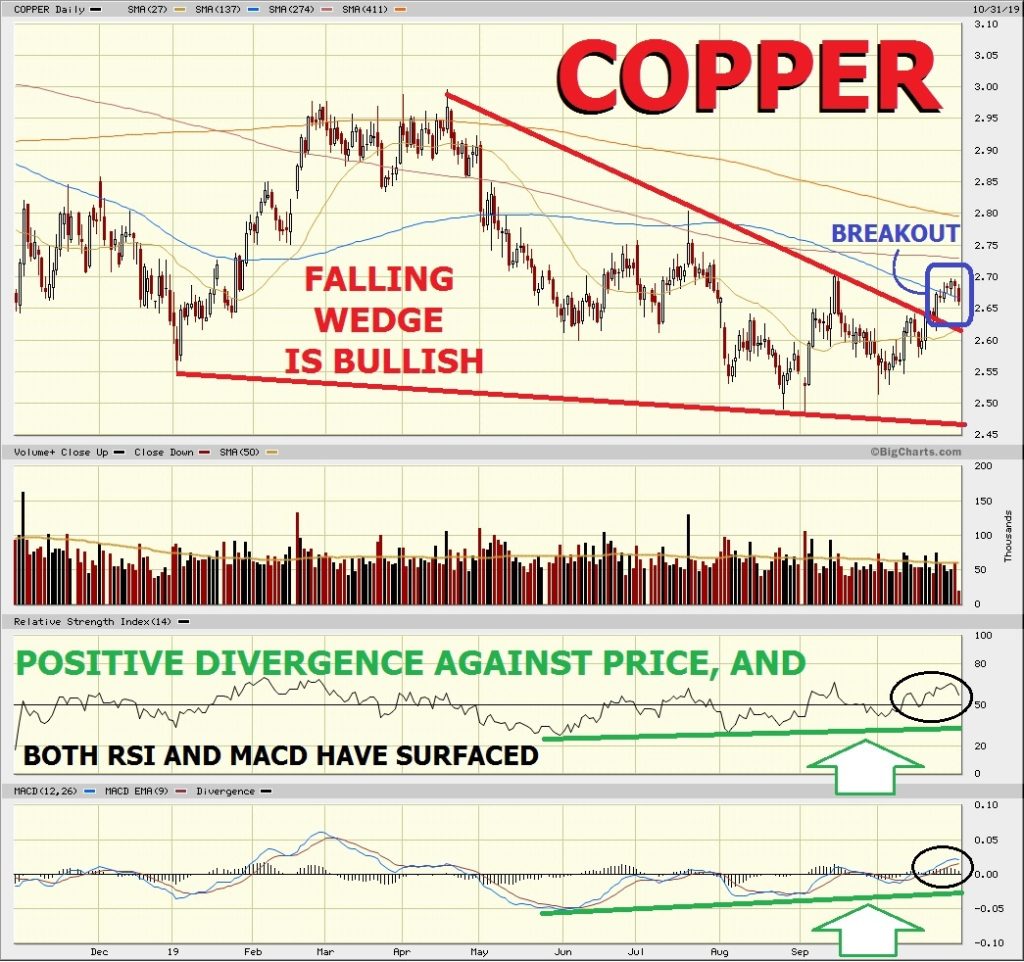 Technically, there are a number of bullish indications here –

Altogether, a pretty constructive setup for the copper bulls, and one we believe bodes well for the Freeports of the world.

Nothing expensive about that.

And now the technicals.

This is Freeport stock since the spring – 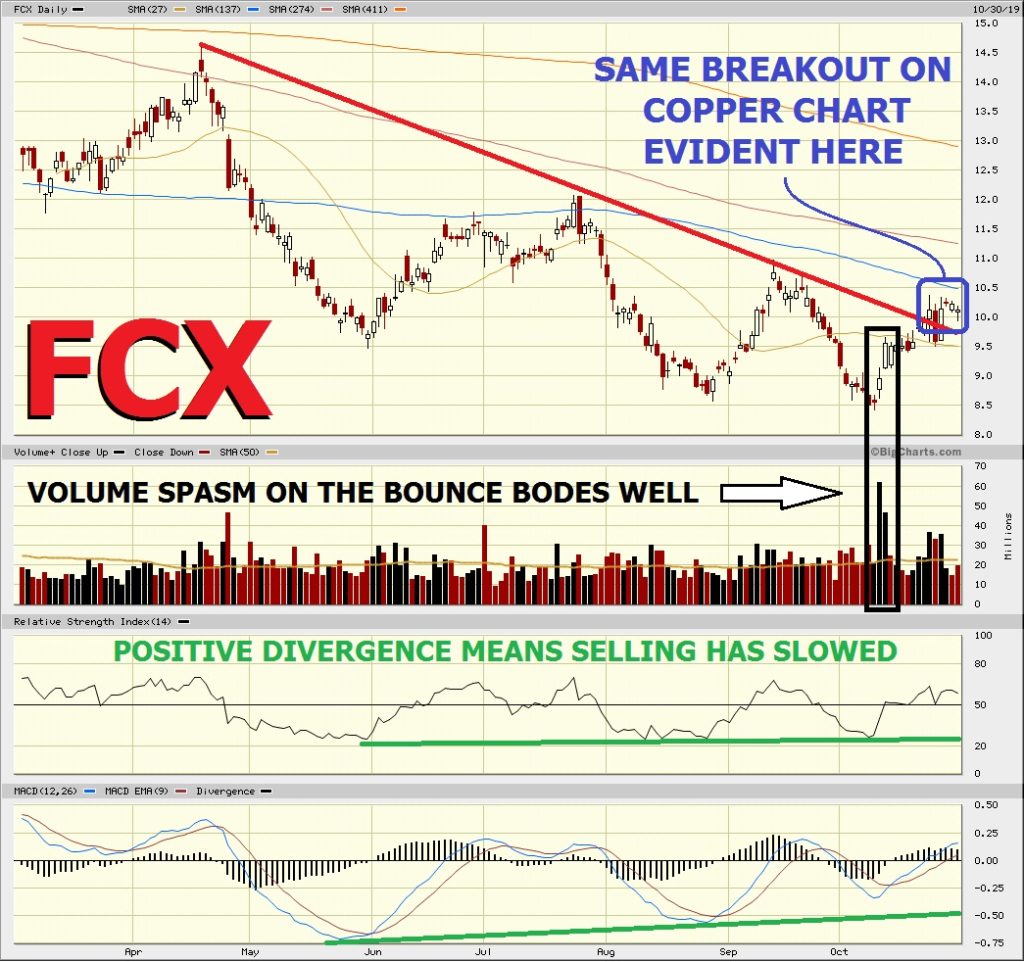 It may not take too long to capitalize on this one, but we’re going to give it a good length before expiry.

« Previous Post
The End Of The Current World Regime

Next Post »
Emoluments and Stimulants – Two for Profit, One Narcotic (BMY,CMG,LKQ)