This Building Stock is Termite Ridden and Due to Collapse… And 20% and 369% Winnings! (BMCH, BJ, USO/XLE)

We’ve got another stock on the brink of a mighty tumble today, but before we get there, we’ve a couple that require your attention.

The first is our BJ initiative, the details of which can be found here.

And we’re urging you to shut her down.

The short 45 CALL will cost you a nickel to repurchase.  Do it, and toss the protective STOP buy order. 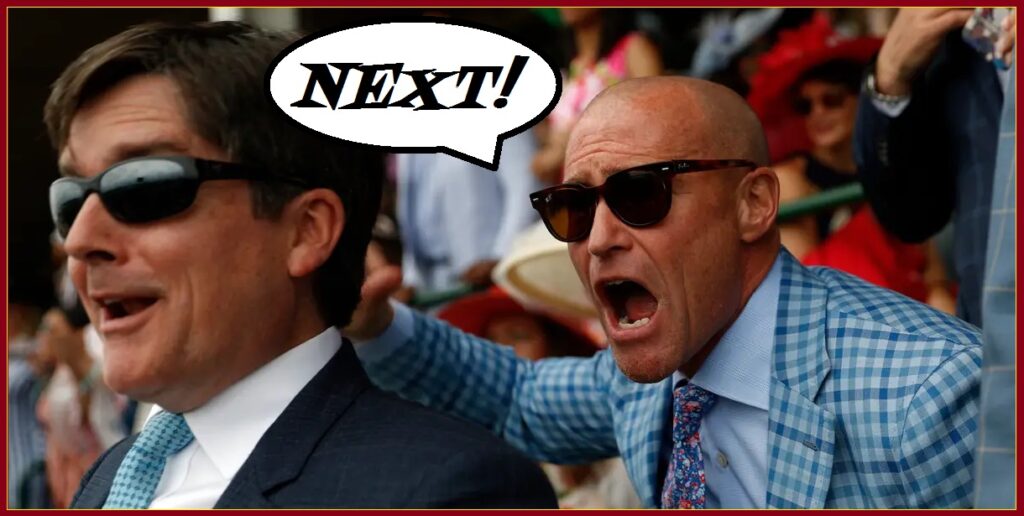 Our USO/XLE pairing was set back on April 27th in a letter called Shooting Oil in a Barrel, where we took advantage of a once-in-a-lifetime pricing anomaly to get in big on the NYMEX-based crude ETF, USO.

It was a short XLE CALL spread set against a long USO CALL that we subsequently turned into an all out bullish bet when we repurchased the short CALL here.

And that, too, is the work of the Almighty. 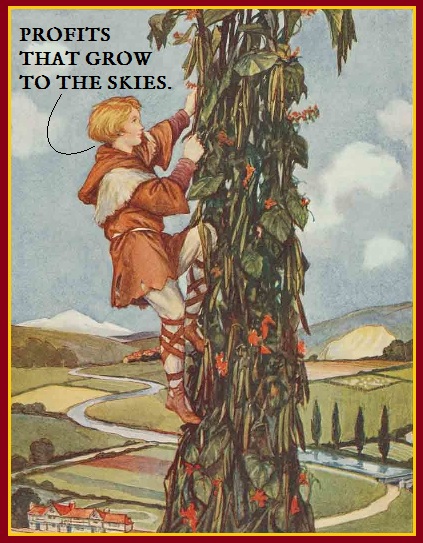 And now for this week’s initiative.

The stock has a reasonable fundamental profile (P/E is 23.90, P/B is 2.81, Dividend Yield is zippo), but technically it looks very weak. 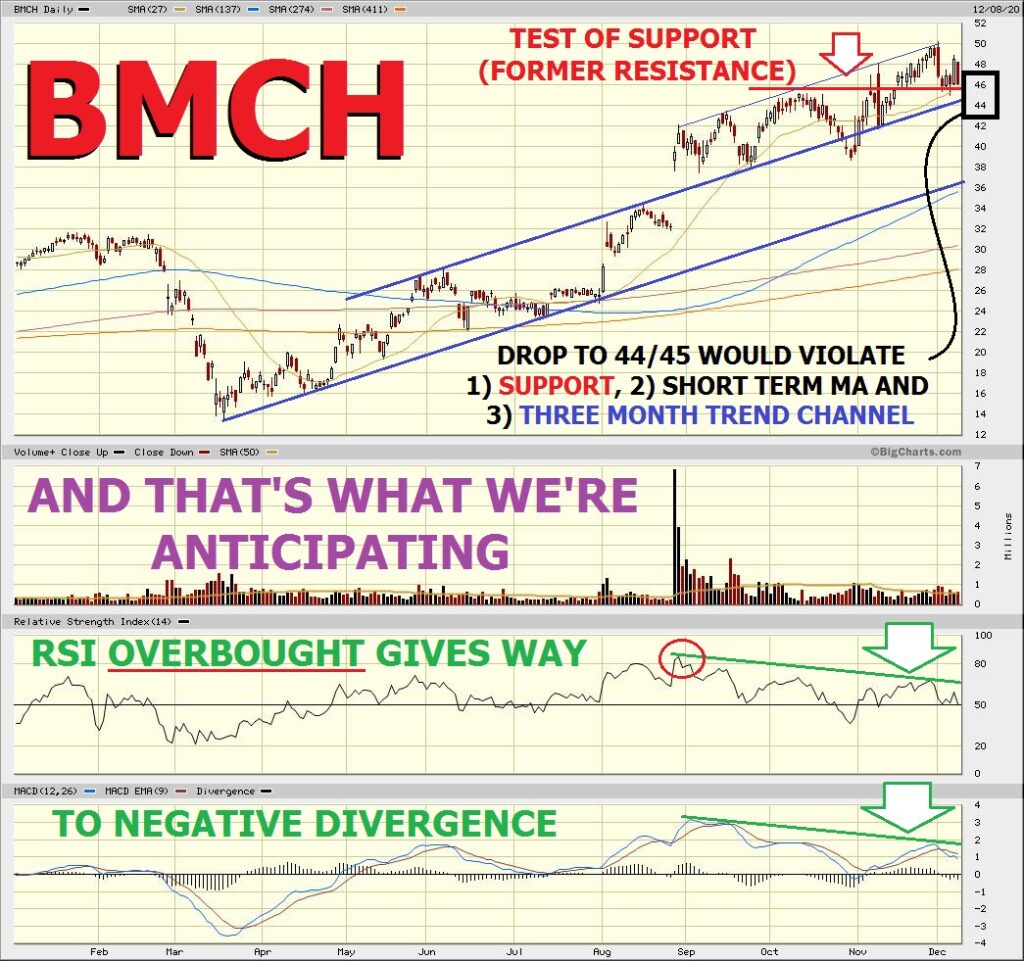 Technically, we have a number of key indications to highlight.

Have a look now at the weekly chart, which also presents weakness – 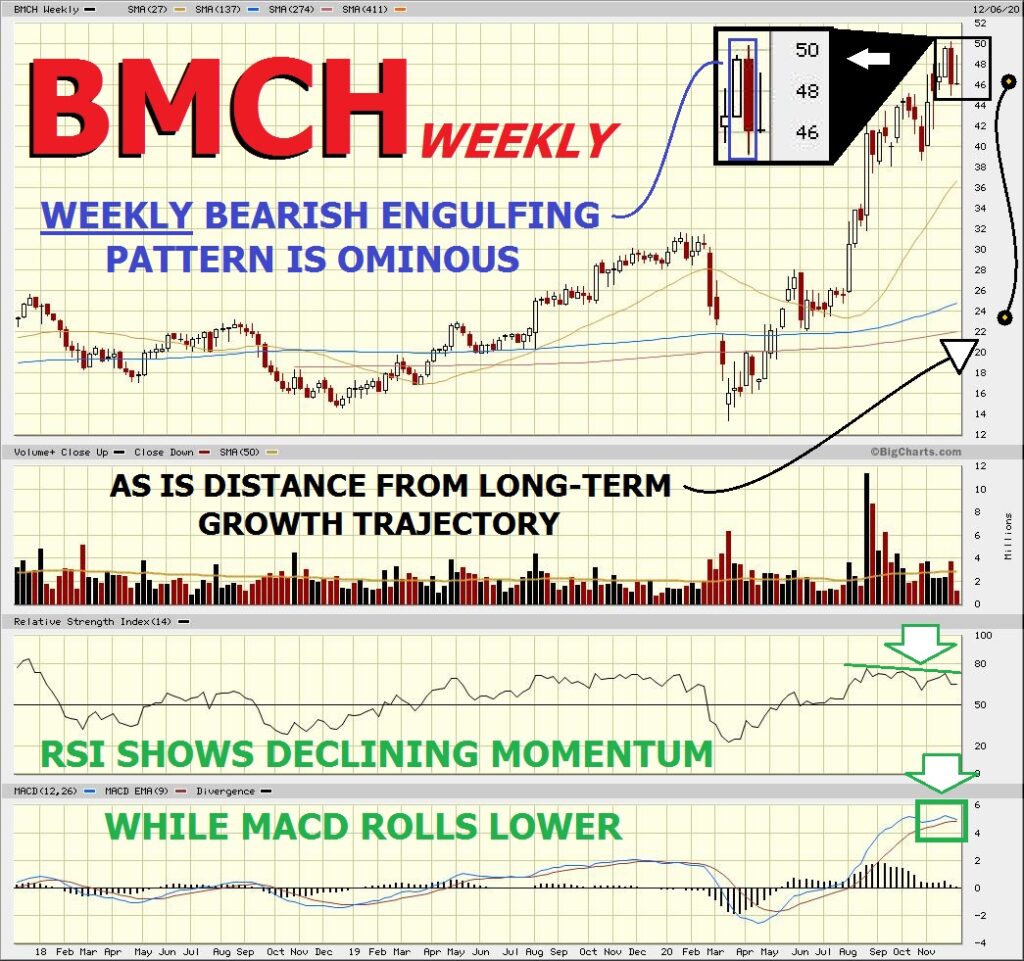 Rationale: with downside imminent, we believe the synthetic short is the best way to go.  It’s cheap (offering a small credit), and it’s protected by the STOP buy order at $50.35.

Our maximum loss for the trade is $5.20 (the difference between the short CALL and our STOP, less the initial credit).

We’ve set the STOP slightly higher than the recent all-time high at 50.26, to allow for some play.  Feel free to adjust this to your own taste for risk.  Just remember, though, that any STOP purchase should lead to an immediate entry of a STOP sell at the same price to keep the trade square.

Until it’s closed, the trade should always have an open STOP order.

Many happy returns and a freiliche Chanuka to all our wonderful readers!

Next Post »
Kicking and Screaming – You Will Know He is G-d.