This Energy Stock Outswam the Pack, And Now It’s Floating Face-Down in the South Platte River; And Winners, Too – 111% & 22% (AM,EVRI,BBY)

“A man who is happily married – whose wife loves and dotes on him, whose children are cheerful and help out – leads a charmed life, inhabiting an existential Garden of Eden.

A man who is not happily married, however, and who’s ever in conflict with his wife and children … he becomes a philosopher.”

Under the cover of humor, we now offer this deadly serious piece of intelligence –

Our sources deep inside the DNI (on the good side, of course) inform us that tomorrow, Friday, December 18th, 2020, the lid could blow.  A truly national and world-historic occurrence.

It could be disinformation, or it could be true.  We can’t say. 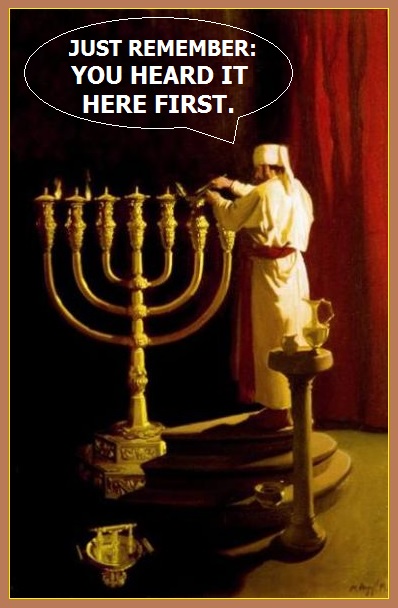 There are indications that on the last day of Chanuka we will see the President make a statement either declaring himself the winner of the election or something approximating that.

Whether de facto or de jure, or both, we can’t say, either.

Only that there could be fyrewerks, and they could come soon.  Of course, with all eight candles burning, the chance of pyrotechnics is manifestly greater.

CLICK HERE TO LEARN ABOUT OUR EXCLUSIVE
Eight Days of Chanuka, Hellenic Wars Membership Drive!
IF YOU WANT FANTASTIC SAVINGS ON OUR ANNUAL SUBSCRIPTIONS
AND GIFT GIVING IDEAS FOR LOVED ONES AND FRIENDS,
Snap to, and check this out!

And Now to Business…

We’ve got two trades closing tomorrow that are well in-the-money, so we’re reporting on them now.

The first was our EVRI initiative of June 3rd, the details of which can be found here.

It was a covered CALL, and as of tomorrow our shares will most certainly be called.

And it beats slipping on an icy sidewalk. 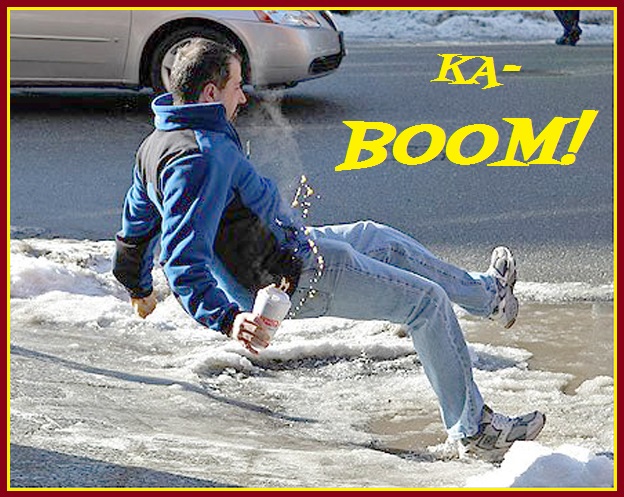 Next up was our BBY play that we issued a fix on here.

And now to this week’s action.

Earnings per share for the last year were down 343% and insiders dumped over 50% of their holdings during the last six months – a hefty $161 million, if anyone’s counting.

Technically, there’s what to worry about.

And we expect that to occur over the next few months.

For comparison sake, this is how AM stacks up against XLE, one of the largest energy sector ETFs going – 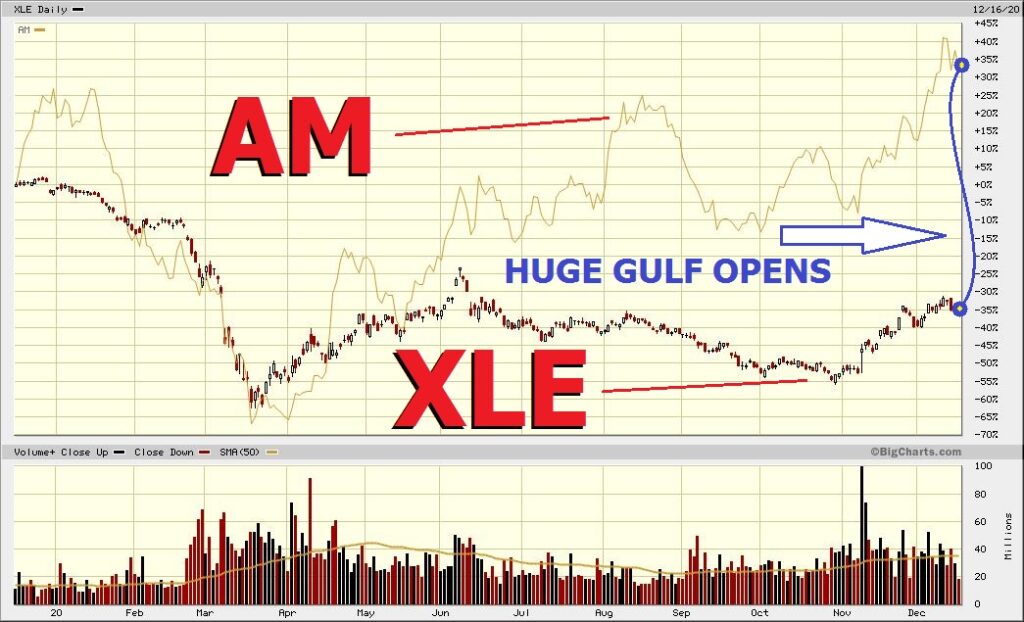 Oil and gas have a tailwind at present, and the longer term outlook, in our view, is also relatively bullish.  But no stock travels in a straight line higher forever.

We’re looking for some near term movement on AM, and we’re playing it like this –

Rationale: the trade is predicated on a two-way move for AM shares, first lower then higher.

Because the trade is calendar based, it’s impossible to determine maximum gains and losses.

The worst possible outcome would be a near-term bankruptcy for the company (before the March expiry).  We’d make off like bandits on the short sale, but the time value on the short June PUT could put us in a loss position.

Another potential trade, for those interested, would be a long-term “poor man’s covered call”.

(Only one day remaining to jump on the Chanuka discount!

« Previous Post
Are The Chemicals That are Killing You Produced by This Company? (ESI)