Everything seemed to be going well for shareholders of Titan International (NYSE:TWI), until the company went and opened its big, rubber-coated mouth…

Dateline: June 15th, TWI issues press release confirming former guidance, adding that analysts should expect an additional 10% from sales and adjusted EBITDA, proudly concluding that the coming year would be the “strongest performance in its history.”

Indeed, earnings adjustments have been coming in higher over the last month for this momentum-rich industrial, but price has done nothing but fall. 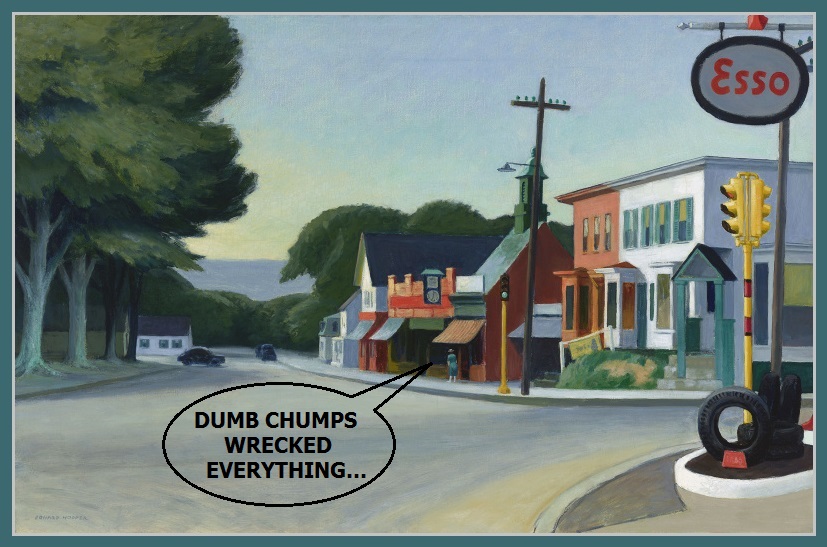 There’s a disconnect occurring here that’s worthy of mention, and we hope to point it up in a moment.

But first, we have a wonderful profit on the table from our June 9th TGNA initiative, so let’s make a quick detour there to gather it up.

That puts $1.51 in your pocket on ZERO laid out, and that’s right fine.

Adjusted for minimal commissions gives you a 35 day return of 906%.

Barring a last-minute discovery of buried treasure, the long CALL should expire worthless.  Leave it be.

And now for the cake, the icing and a cone of the butter pecan. 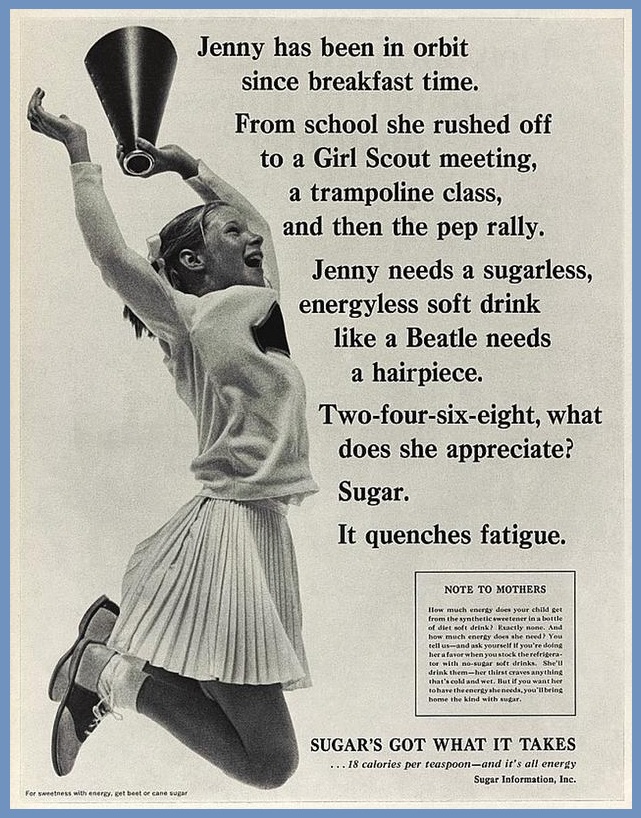 You see how it works…?

Anyway, as mentioned above, TWI is a tire and wheel outfit whose stock gains have made literally no sense over the last two years.

As the charts below will show, this small-cap, old-school manufacturer has given shareholders a 1200% gain in 23 months (all the sugar), with barely a hiccup – until, that is, the June 15th debacle struck.

TWI shareholders are anything but happy.

What happened to their pep rally?

Our trade today is predicated on numbers that just don’t add up.

A look at the fundamentals is where we start our story (last earnings were presented on May 2nd).

Now have a look at the daily chart – 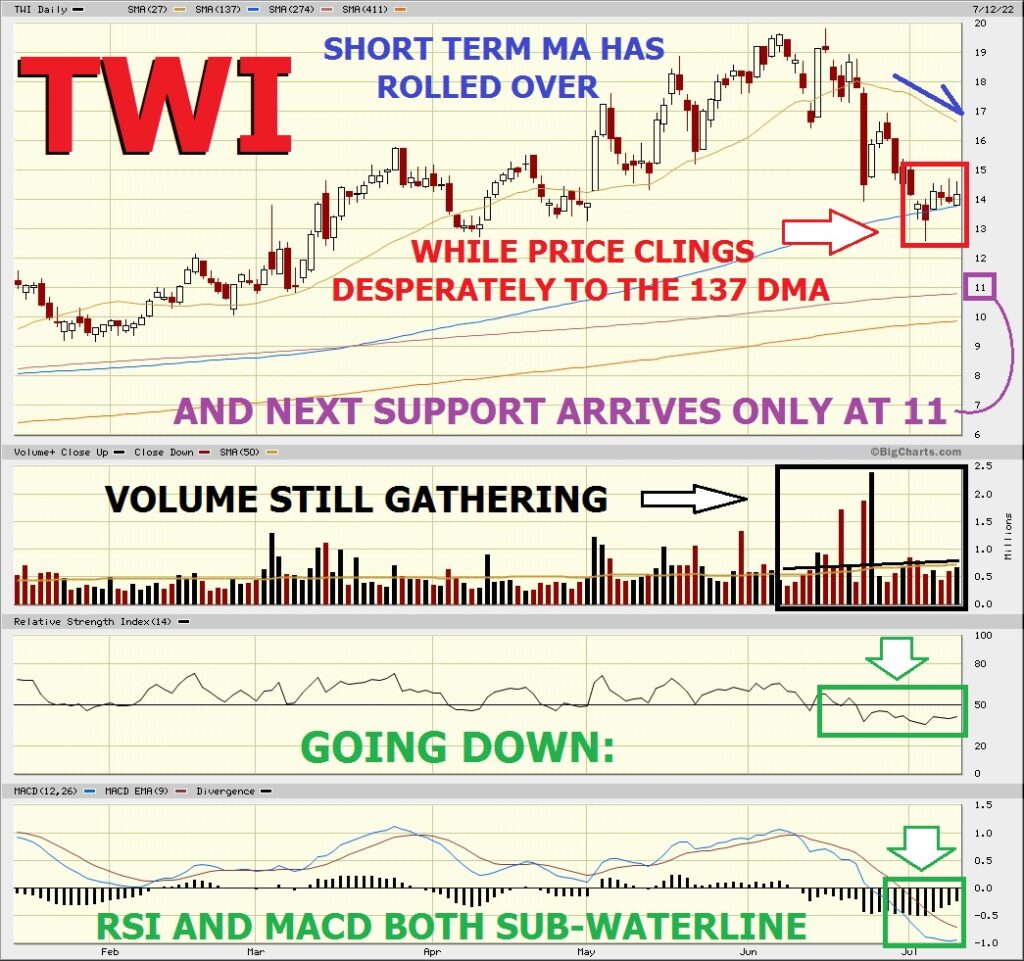 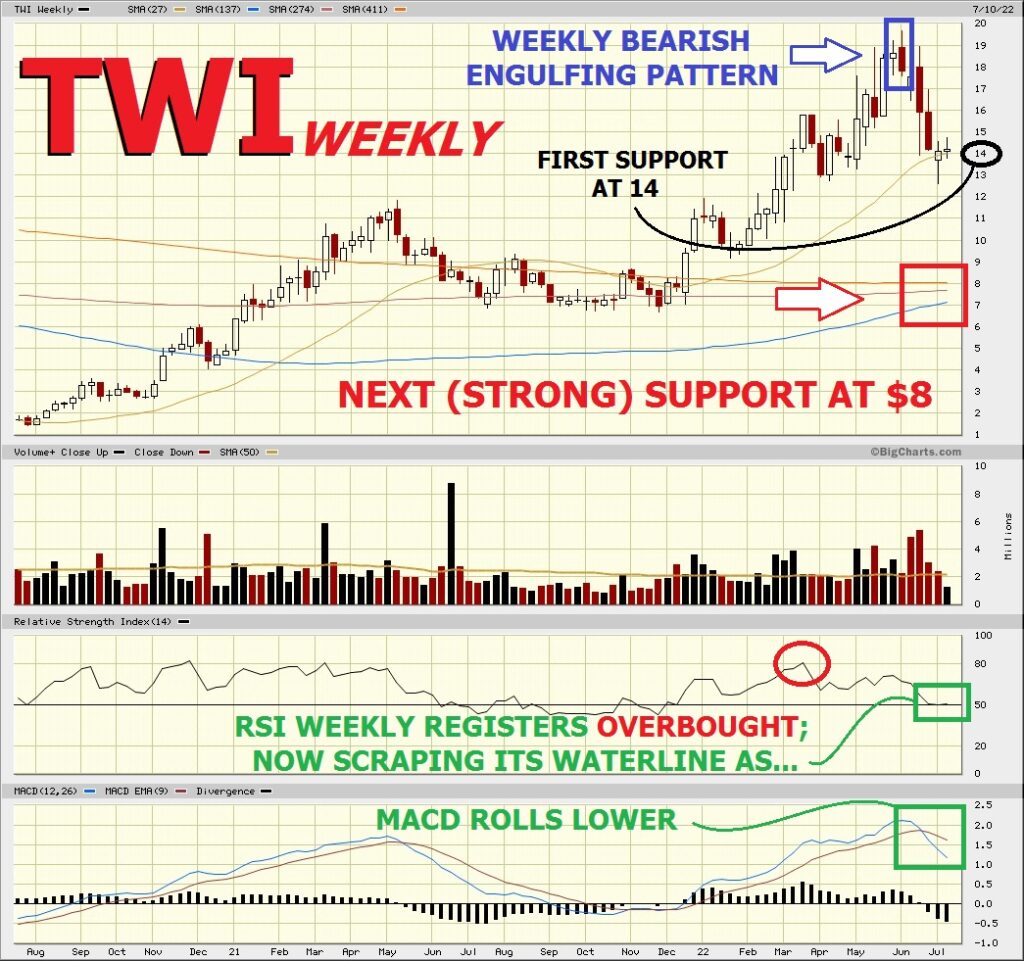 Technically, the weekly picture is worse than the daily.

We usually don’t introduce hourly- and minute-based charts into our discussions, largely because our trades are based on longer time frames, and because the minute and hourly charts happen to be far less reliable.  That said, we always check them, and we thought we’d include one today to help you decide TWI’s immediate fate –

This is TWI at fifteen-minute intervals for the last two weeks.

And for all the foregoing, we now offer you this –

Rationale: breakeven on the trade arrives at $13.80, just a nickel below current price.

To that end, if the STOP buy is triggered at $15, you will have to reset a STOP sell at $15 to keep the trade square.  Should that STOP be executed, a new STOP buy will have to be emplaced, again, at $15.  Ad infinitum.

So long as the trade is open, there should be an open STOP at $15.

And may the Holy One of Israel give you chein and mazal.

« Previous Post
Closing One For 550% & Opening Another on the Mortgage Thievery Front (COOP, ACI)