But before we get to it, we have two to close for some spine-crack profits.

Adjusted for minimal commissions gives you a wild 973% in just six weeks! 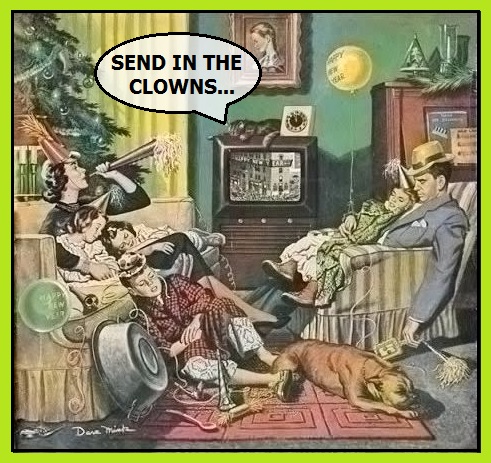 Josh M. was happy with this one, though he won’t let on just how big his take was.

And now to our RSG trade of last week. 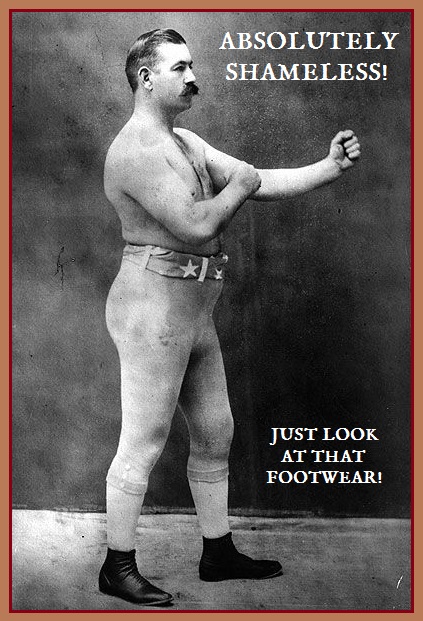 We move now to this week’s bet.

It’s all about the Aluminum Company of America today – Alcoa (NYSE:AA) – whose stock tacked on better than 75% in the last 12 weeks, and whose plans to rise further we’re now attempting to foil.

Inflation, yes – we know about it.

AA has jumped with the rest of the commodity class in line with price rises on… well, nearly everything.

Inflation is an issue, and aluminum prices are not immune (ahh, that word again!) to the general trend in commodities.

Supply disruptions in China, in particular, have added some 25% to the cost of the metal in just the last 60 days, while threats of war on the Russian steppe have also contributed to supply worries.

In essence, we have a single blow-out quarter result from a month ago that had nothing whatsoever to do with the company itself.

Now to the charts – 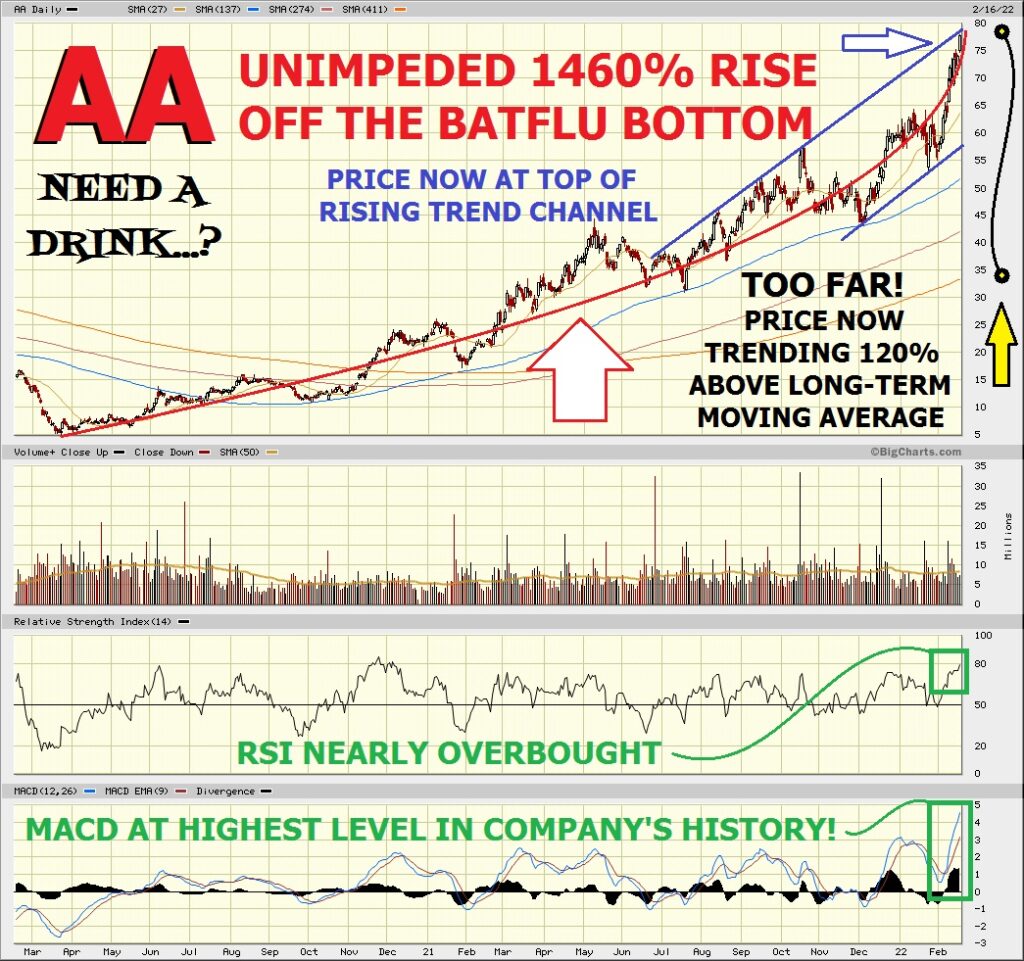 We’ve brought you two years’ worth of the daily chart here to show just how wild AA’s rise has been.

When a company like Alcoa becomes a 15 bagger over the course of two years, you know you’ve entered a state of severe oxygen deprivation.

And that’s why we’re acting thus –

Rationale: the trade offers us a chance to pull in $4.85 on just $0.15 spent, for a max haul of 3233%, and we only require a pullback to the short term moving average (above, tan) to accomplish that.

Max loss is $5.15 (difference between the CALL strikes plus the initial debit).

Because spreads tend to be excellent on the options we’re going to look to close as soon as price approaches the aforementioned short-term MA.

And may G-d grant us victory over our enemies within and without.