With glory to the G-d of Israel, we’re gracing your inbox a day early this week – again to avail ourselves of a dynamite offering from the land of the Utilities.

But first, we take a trip to the bank.

Execute on both and you walk with $1.80 NET on a nickel expended. 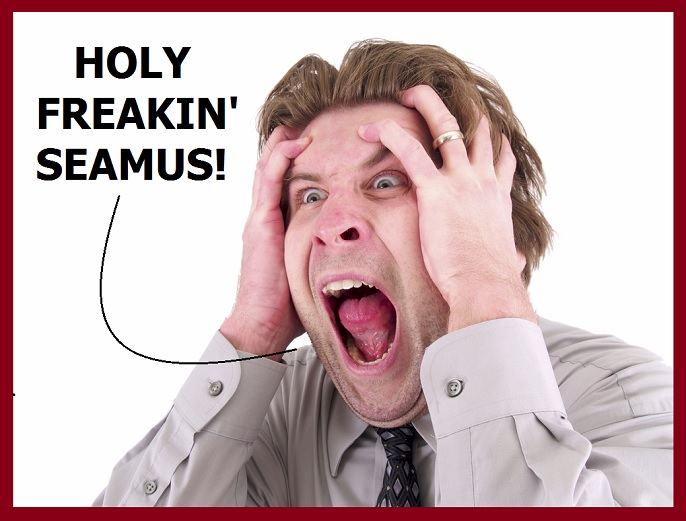 Strike up the rebel songs!

Now we move to this week’s endeavor – a play on the utility sector that we believe could produce another hum-dinger win.  That trade’s been calibrated with unlimited profit potential, a sizable opening credit and possesses a defined, modest downside if we’re wrong.

It’s based on Pennsylvania’s UGI Corporation (NYSE:UGI), provider of energy to the people of that state’s central and eastern regions.

The thing with UGI is it’s been acting like Wrong-Way Corrigan of late, dropping in price even as the rest of the utilities were soaring.

How to explain it…?

The only reason we care to posit is the teleological one: that we might avail ourselves of tremendous winnings via a clever selection of her options. 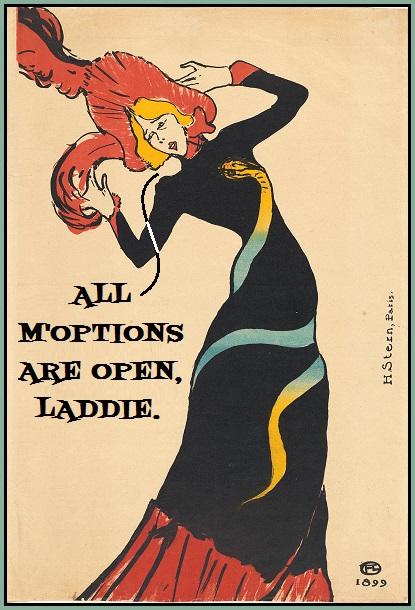 Have a look now at the chart –

Technicals are as follows –

And that’s precisely what we’re playing.

That is, we’re pitting UGI against the broad Utility sector, as represented by the Utilities Select Sector SPDR ETF (NYSE:XLU).

As mentioned above, action in the utilities has been stellar. 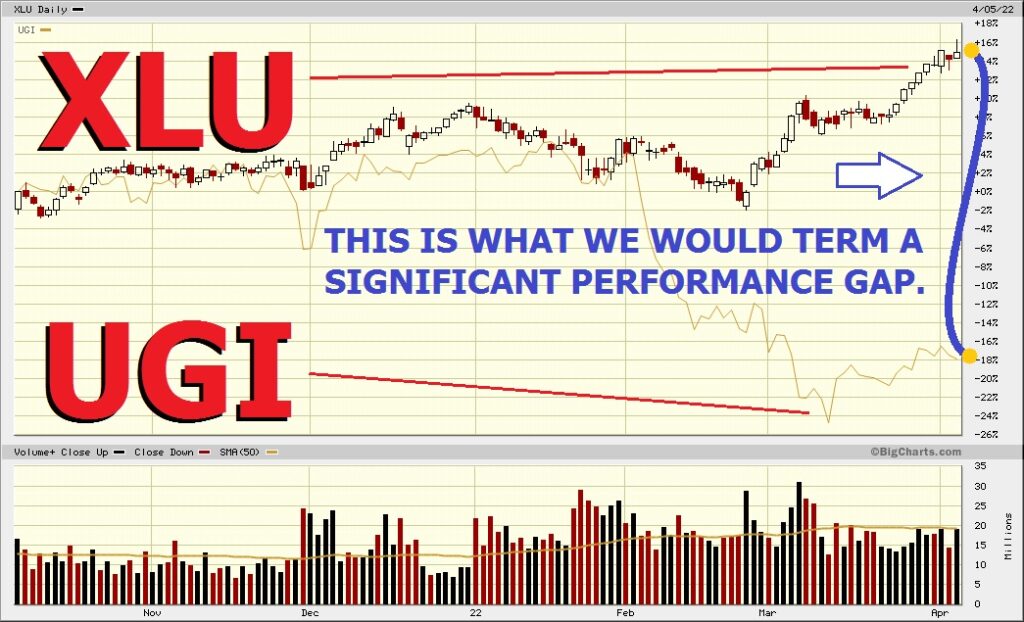 The utilities, as a group, are overbought.

And UGI is oversold.

And that begs the following –

Rationale:  with UGI having bottomed and XLU now at a top, it makes sense to go two ways here, and expect a pinch.

We did it safely by adding the options for protection.

So, our max gain on the trade is UNLIMITED.

It’s also possible to set STOPs on the shares to close the trade at levels more worthy of your risk tolerance, but the above affords us time away from our screens, and for that, we say it’s worth it.  It also offers us a further, small credit.

And we can use as much of that as we can get.

May we always find favor in the eyes of the Al-mighty.