What You Need is Some Old-Fashioned Farm-Boy Resilience!  (CF)

With the latest escalation in trade tensions between the U.S. and red-commie China now hitting the farm sector, we thought it might pay to look at some of the larger agri-outfits to see what kind of opportunities have arisen there.

And it turns out the sector is a mixed bag.

There are those companies whose stock has been wafting sideways for months as the tariff rhetoric ratcheted higher, those who’ve sulked, and some who’ve outright bucked the trend and – surprisingly – continued higher in robust fashion. 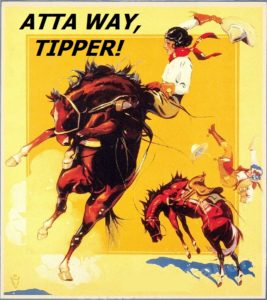 Much of the disparity, of course, lies in where these different companies source their sales – domestically or abroad – and some has to do with the intense, Noahide flooding that trounced the country’s breadbasket throughout the spring and early summer.

Yet with all that, we found one company that has done shockingly well.

As President Trump was deciding on new tariffs last week, and the Chinese began retaliating directly against U.S. agricultural interests – AND the stock market began to swoon like Ali in the 10th vs. Larry Holmes at Caesar’s Palace – this company soared! 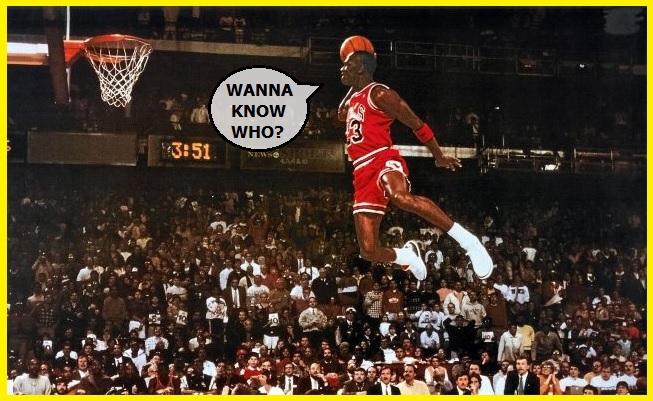 It’s Illinois-based CF Industries (NYSE:CF), makers and distributors of fertilizer, with just over a quarter of its sales derived from offshore purchasers.

But it’s the chart of CF that’s nothing short of miraculous – especially considering what’s gone down in the last week.

Everything But CF Stock! 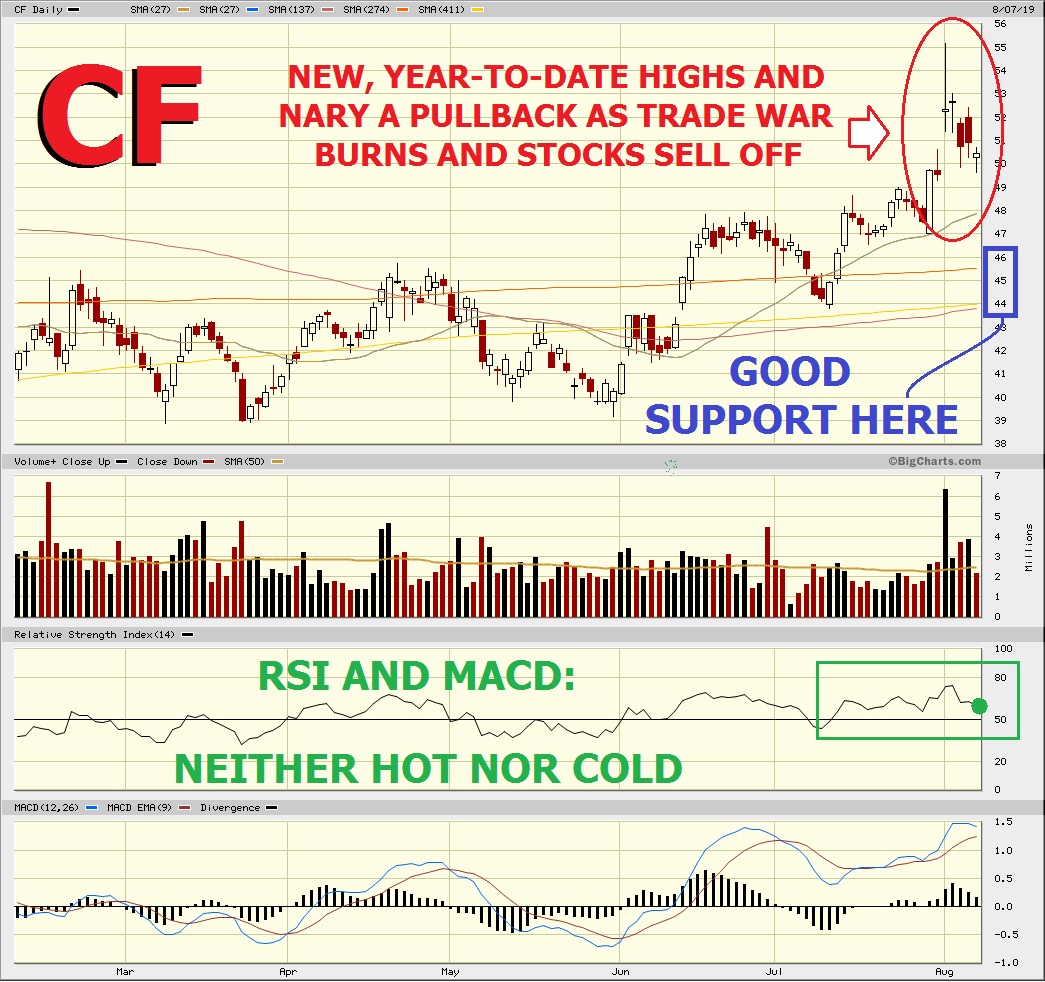 After the latest bump higher (against all odds) and some technical resistance at $55, CF shares may, indeed, pull back to do a retest of support at $45/46.

That being said, the stock is strong, and support in the $44 to $46 range – where the moving averages are all bunched and ascending – appears rock solid (in blue).

There’s nothing in the RSI or MACD indicators, either, that would indicate the shares are overbought at this point (in green).

Additional Reinforcement from the Weekly

The weekly chart for CF shows a juggernaut showing little sign of let-up. 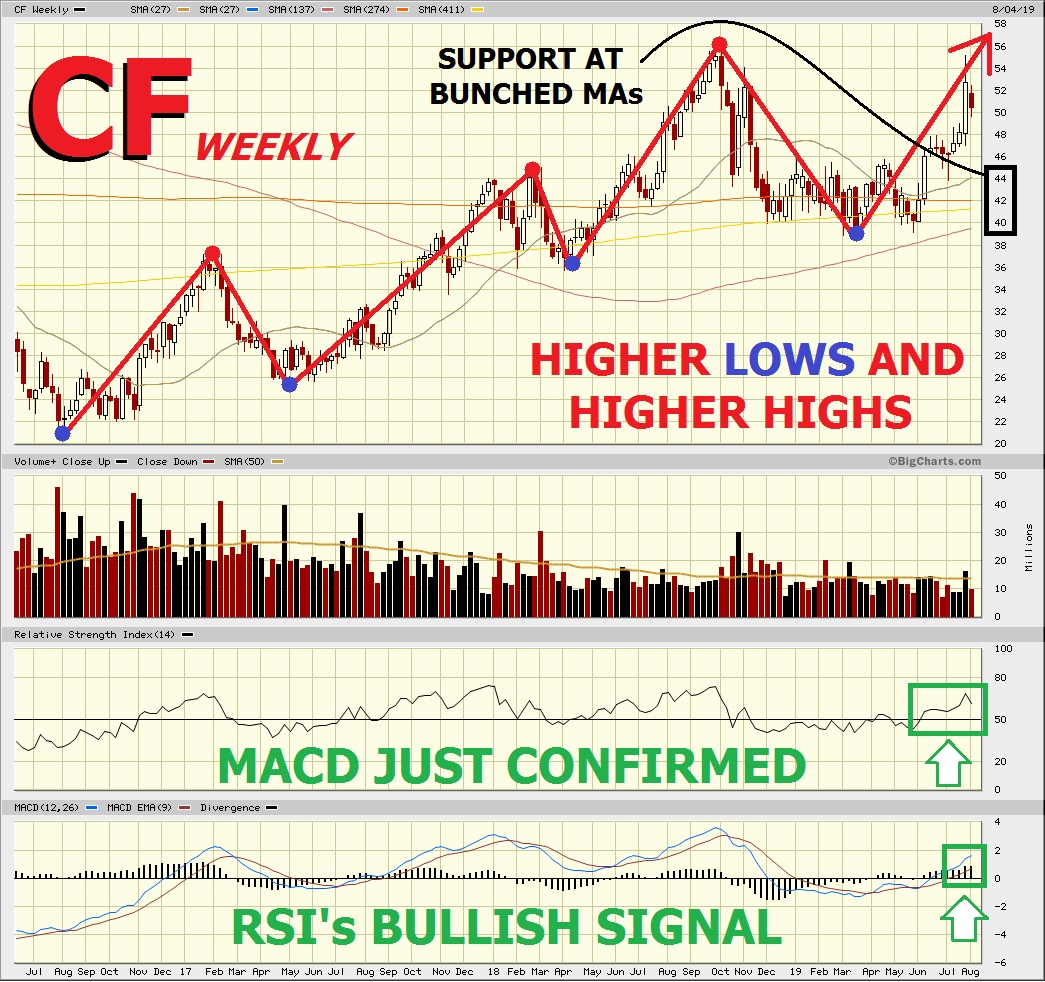 This is three years’ worth of CF chartitude, and the breakdown’s like this –

To sum, things look bright for CF shareholders, and we believe the best way to absorb that light is to sell premium.

Next Post »
TRADE BULLETIN: XOP Butterfly (7/28) About to Expire – Call an Ambulance!