Why Bet on a Lame Horse? (CHDN)

Today’s letter is brought to you by the American Association of Equine Handicappers – whose proud motto is:

“Your Vice is Our Bread and Butter.” 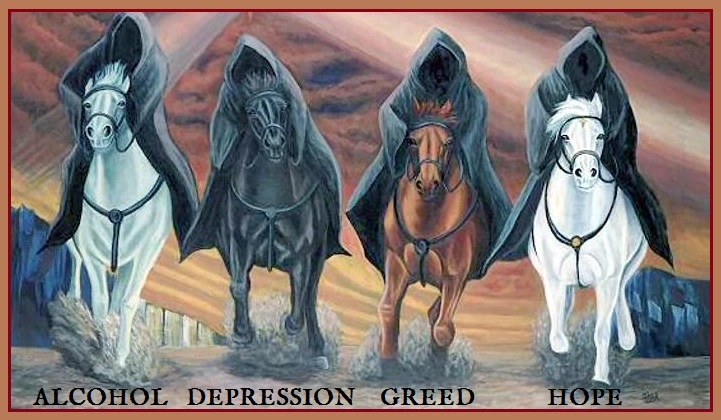 Gotta hand it to the folks at Churchill Downs Inc. (NASDAQ:CHDN), who turned a mere racetrack into a lucrative mechanism for stealing billions via casinos, online gaming and other wagering addiction technologies.

The outfit is now worth $8.46 billion by market cap, but we say that’s a bit rich for this pari-mutuel predator. 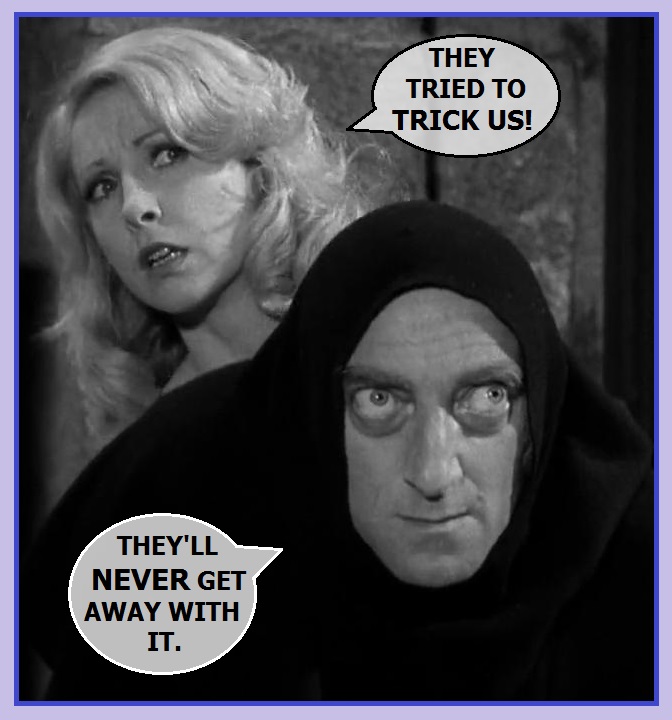 Bottom line is the market didn’t buy the hype.

As the chart below shows, the earnings beat was a “sell the news” event. 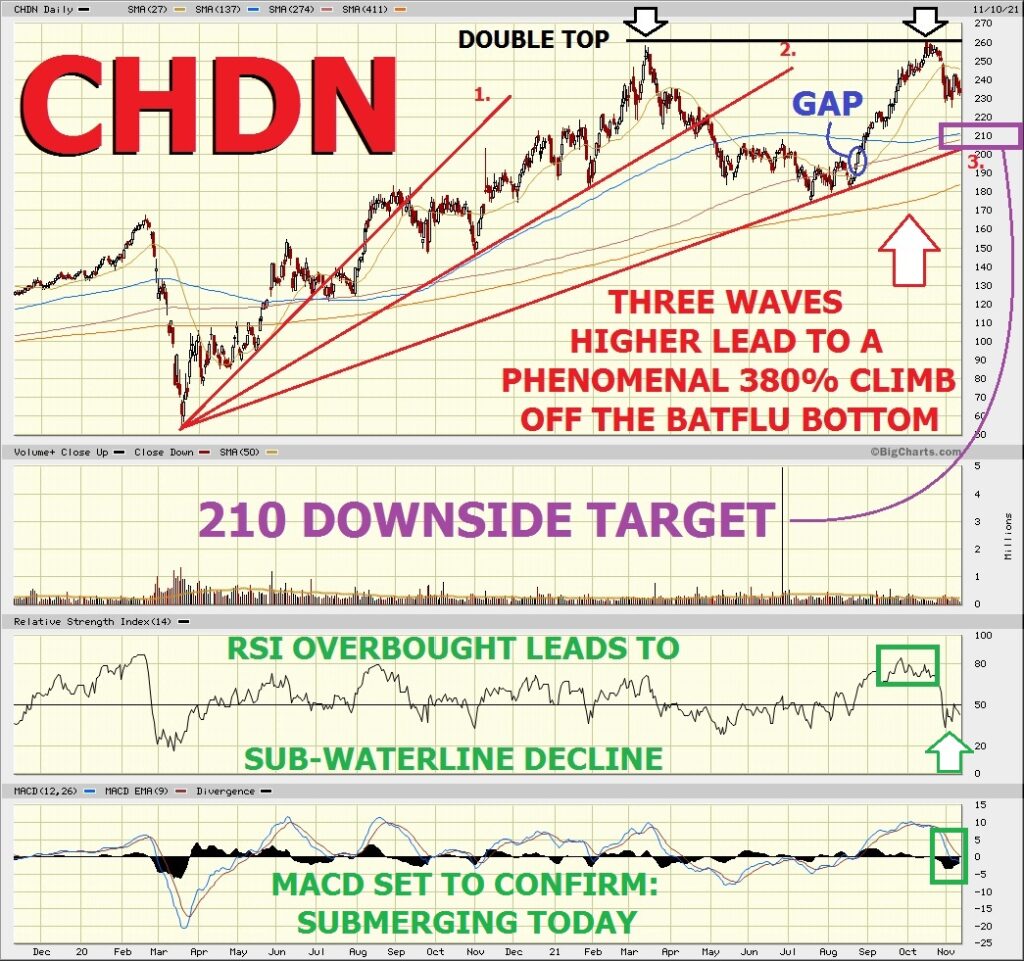 Technically, we have a number of indicators that speak to a continuing decline of CHDN shares –

But we’re just playing the decline to 210.

With a speculative, short-term trade that has the potential to deliver big.

Rationale: the decline has commenced and initial support has been hit.  Yet there’s more downside to come as the stock looks very heavy here.

A relatively small drop will offer a very nice maximum payoff of $19.25 should we be correct.

Conversely, max loss for the trade is $10.75 (difference between the CALL spread strikes plus the initial debit).

The trade’s duration – just 36 days – makes it a speculative venture.

Very grateful to all of you who wrote with good wishes and prayers while we were out of commission.

Next Post »
Watch Now as Air and Gas Turn Into ROCKS! (APD)