At the beginning of the year, predictions of every variety abound –– what will be with markets, who will be in office, what geopolitical trends will dominate, who will win the Stupor Bowl – and of course, according to one’s world view, so will the forecasts follow.

So if you’re a Trump hater, for example, the entire world will go to hell (and the Bills will finally win a championship) unless the President is turned into a giant meatloaf, crispy topped and onion stuffed.

On the other hand, if you love the guy, then America will endure and even thrive as a direct result of his policies and actions.

If you’re just an apolitical chap who wants to tend to his garden and look after his family, then it’s quite certain you’ll be blamed by both sides for whatever idiocy ensues, be hounded and harassed by the authorities and forced to eat fried worms. 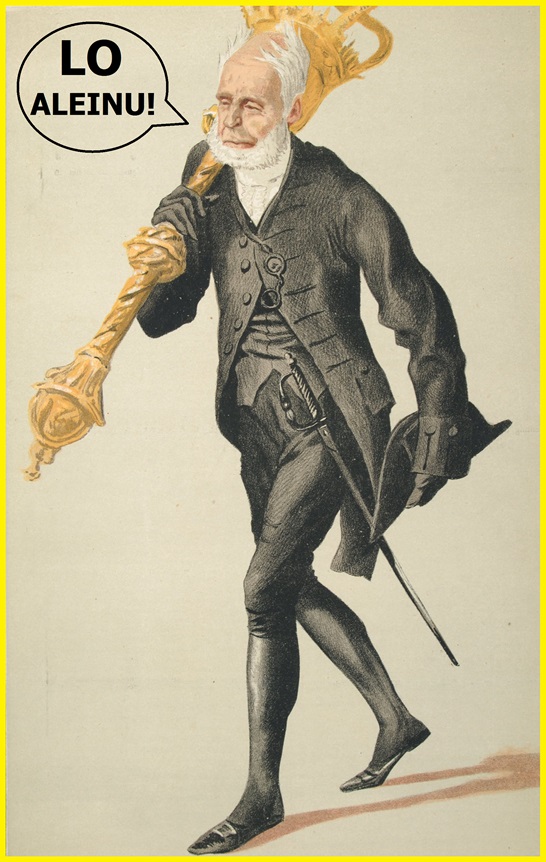 We bring up the issue of prognosticating because literally as the New Year’s bell was pealing, America sent a massive fireball of metal into the convoy of Iranian Chief of Staff, Qasem Soleimani, turning him into a meatloaf, along with several others.

And how did markets react?

Truth is, the whole event was more or less shrugged off by the broad market, though in the aerospace/defense sector there was an acute eruption of emotion.

Then we came to. 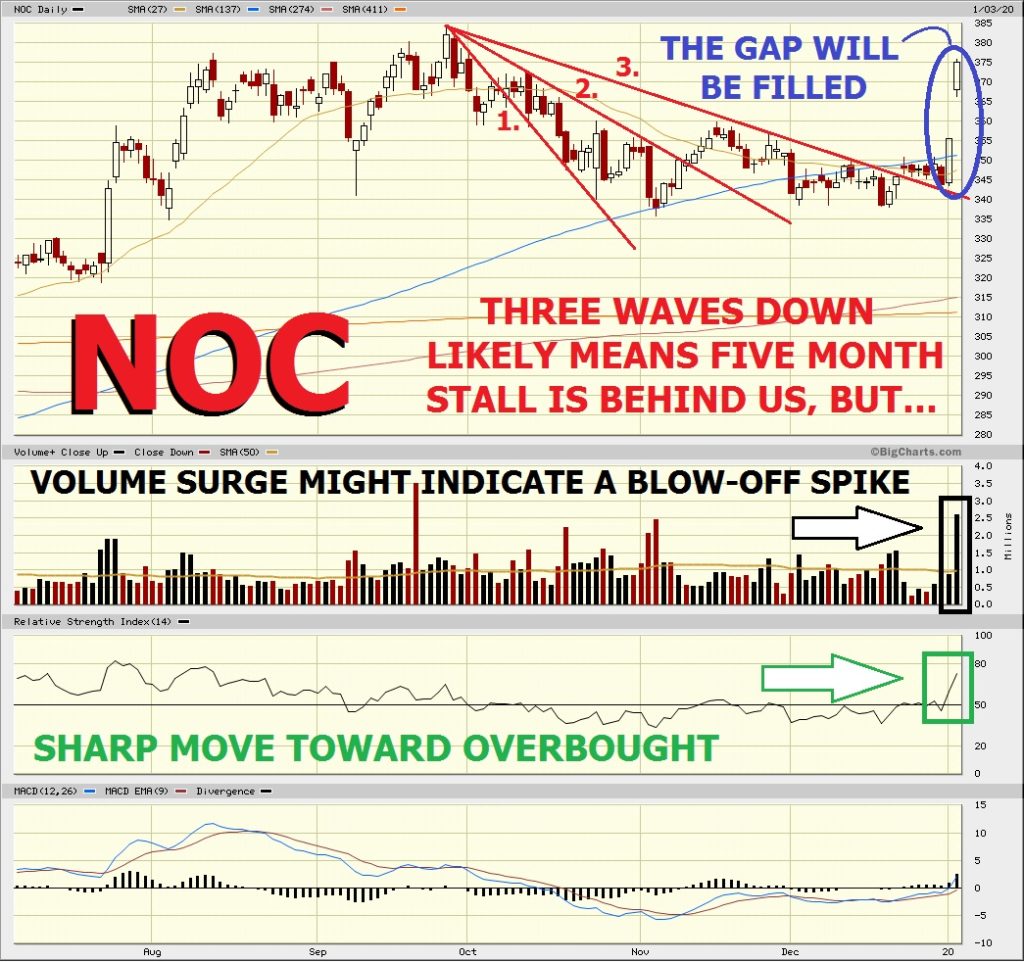 All the weapons makers surged, but none so much as Northrop Grumman, rising 9.6% in just 48 hours.

And technically, there’s very good news for the bulls here, though we believe only over the longer term. 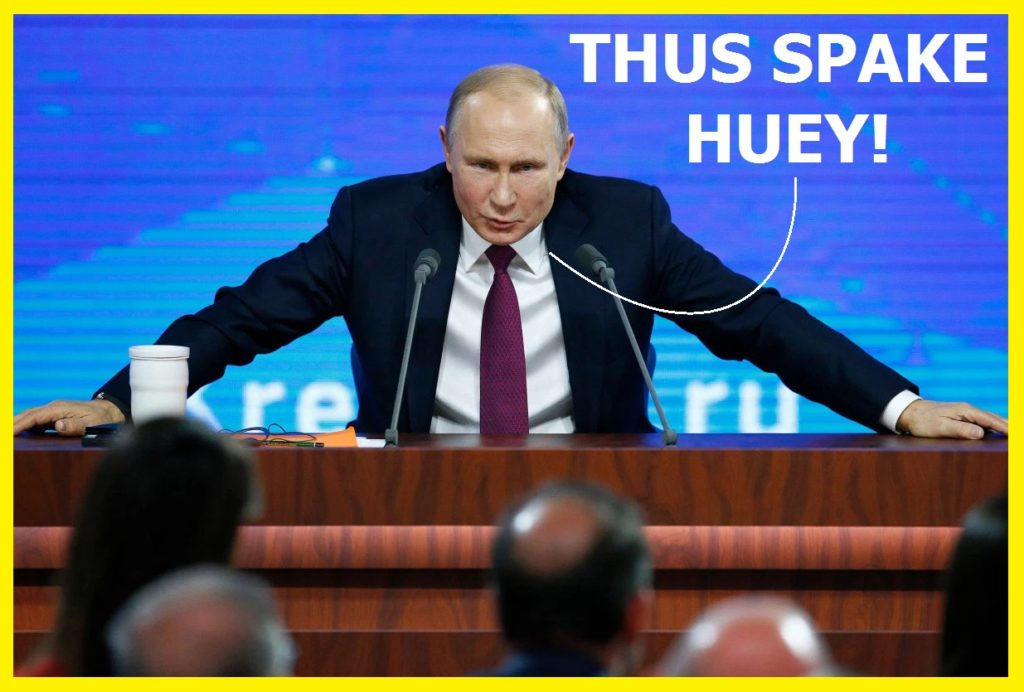 Friends, a ten percent jump over two days, amidst an obviously impassioned (hysterical?) buying spree on all the defense contractors, is, in our estimation, a wee stretched.

There may be a broader conflict developing, to be sure.  And it may require the production of a great number of armaments.  But it will not happen immediately.  Nor will the factories be put into full busy-mode in the weeks ahead.

The heat has to rise to a much higher level than it is at present.

And the spike in price at NOC and elsewhere, is more anticipatory on the part of investors, than real.

The stock will likely smack its head against new resistance (see chart, below) before returning to $350 for a test.

Take a look at the weekly – 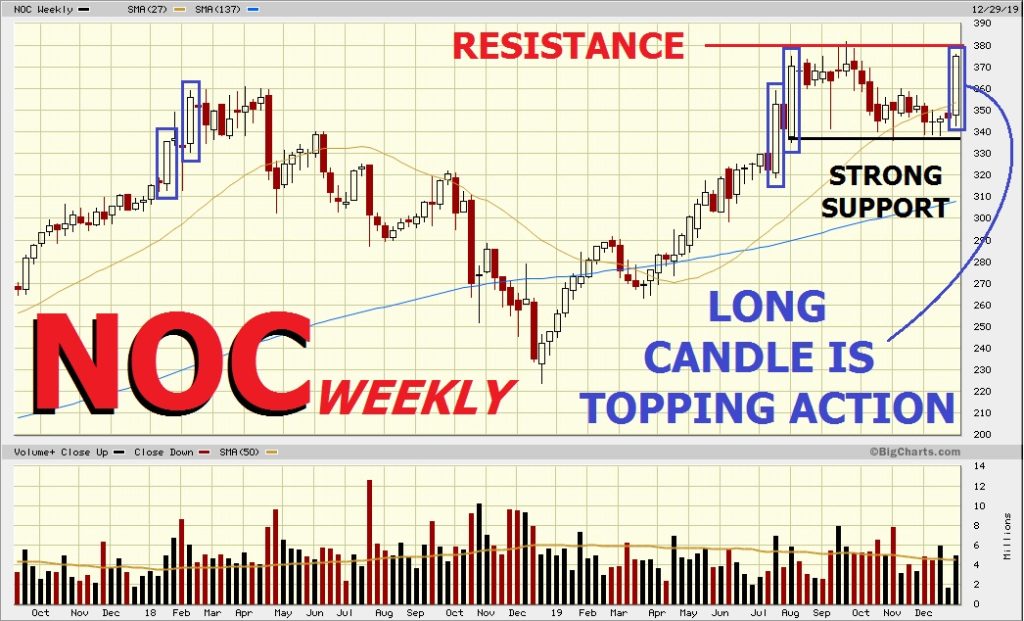 Bull markets climb a wall of worry, it is said, and that means inch by inch – and not, dear reader, in the rocket-shot manner of the last two days.

And so we offer you the following trade, based on a shorter term trading horizon, that sees limited upside for NOC stock, and a very likely defined bottom to which she’ll return.

We see good cause to sell a CALL spread and use those funds to buy a PUT spread.