[In honor of the 30th yahrzeit of Rabbi Kahane ZT”L, HY”D, this trade is being offered free to all readers.]

So without further ado… 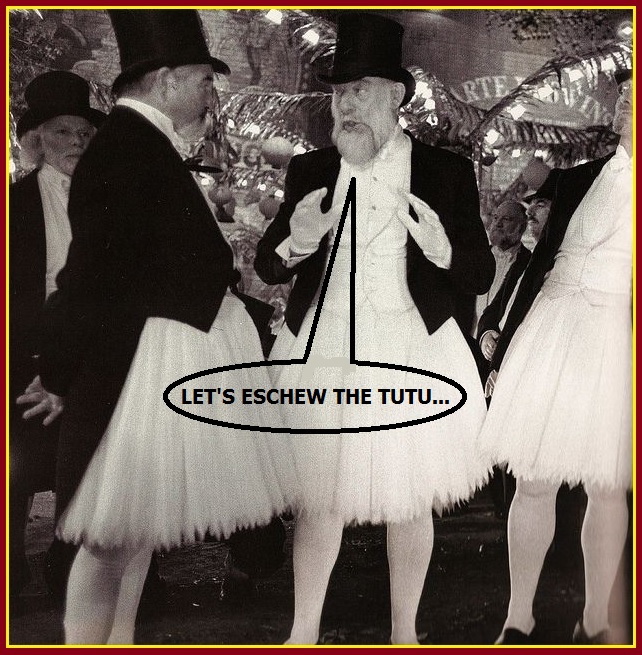 And Stew the Fondue!

We start with our August 19th initiative, Shock Knock! Stock Jock Mocks ROCK Stock: “‘Tick Tock’ on the Clock before the Hemlock’s Unlocked!”

Next was our MED/VDC initiative from August 3rd, all the details of which can be found here.

Our best thinking is it’s time to buy them back.

IAA has fully rationalized the car parts sourcing and sales business and has grown very quickly since their IPO in the summer of 2019.

But in so doing, we believe price has gotten ahead of itself.

And yet the stock has continued higher.

Now, granted, there’s expansion happening.  But we insist that stock prices remain within the realm of the rational.

At least, mostly we do.

Here’s the daily chart since the Batflu bottom – 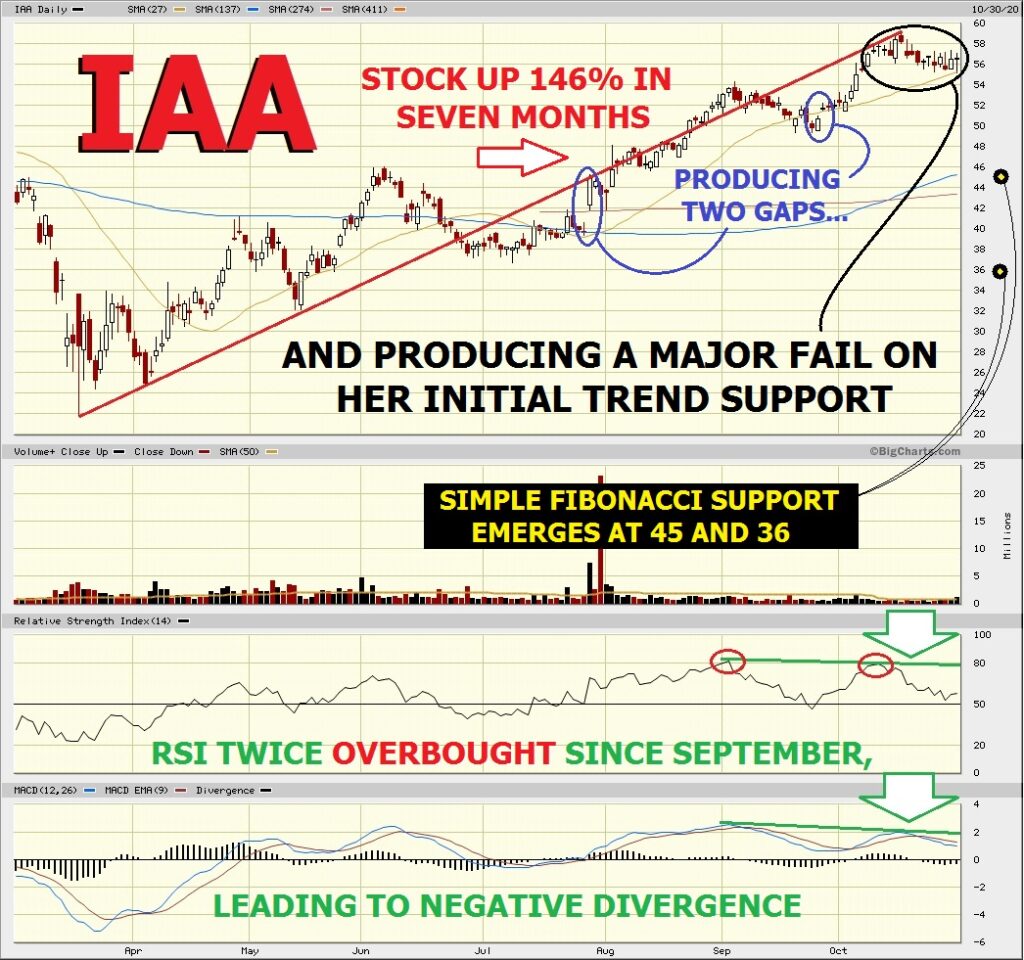 And for all of the above, we’re recommending a calendar spread that looks like this –

Rationale: we want to take advantage of a declining price in IAA for the least possible outlay.

Selling the near term PUT to buy the longer dated one effectively accomplishes that.

There are a number of ways to profit here.

First, from the decay in time value on the short option, second from movement in the underlying (in the expected, southerly direction).

Because IAA has been resilient of late, a calendar spread offers the most logical means of allowing the short (near term) PUT to expire worthless, while still giving us downside exposure.  That is, if IAA remains at current levels for several weeks before declining, we win from the time decay on the first option.

We may close at any time.  If the move lower happens as the near term expiry approaches, we may buy back that (November) PUT – which will possess little to no time value – and sell the longer dated, which will still be rich in both time and intrinsic (along with a nutritious helping of implied volatility, the Good Lord willing).

If the trend is flat to lower toward the November expiry (or even stagnant at current prices), we may choose to buy back the short option and let the long dated (December) ride.  That, in the hope that momentum will gather to the downside as year-end approaches and our long option can gain considerably in value.

Maximum gain is too difficult to determine on a calendar spread due to the number of moving parts and permutations.