We found two errors, as well, both of which have now been corrected on the site.

They relate to our TTC and SAIA trades.  Please see there for updates. 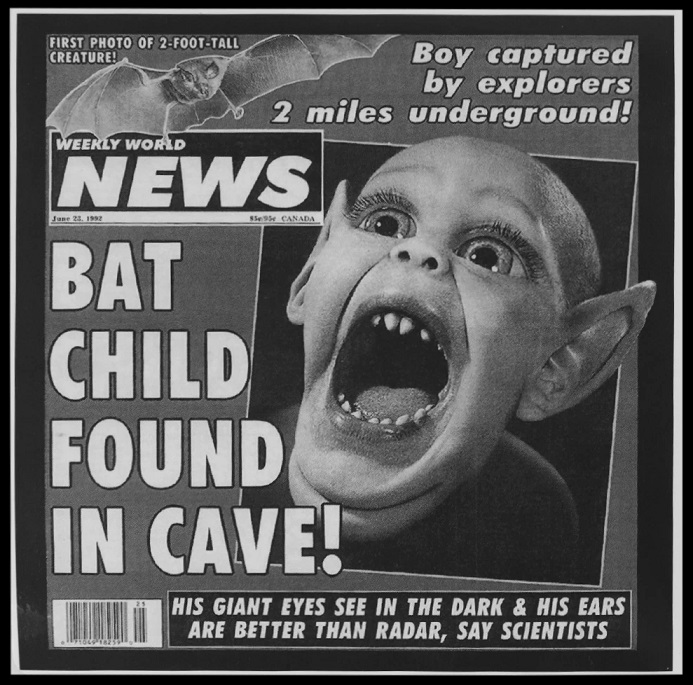 Today’s trade is about as mainstream as they come.

A Dow Transportation giant that has done very nicely during the yearlong plague of Batflu insanity (but should be doing much better) is the target of our bow and quiver today.

Bottom line is we don’t think the company’s stock price is currently justifiable, regardless the bio-insanity that prevails – and certainly not without it.

That is to say, if we begin to return to any semblance of normalcy – as appears to be happening now – the stock will crumble. 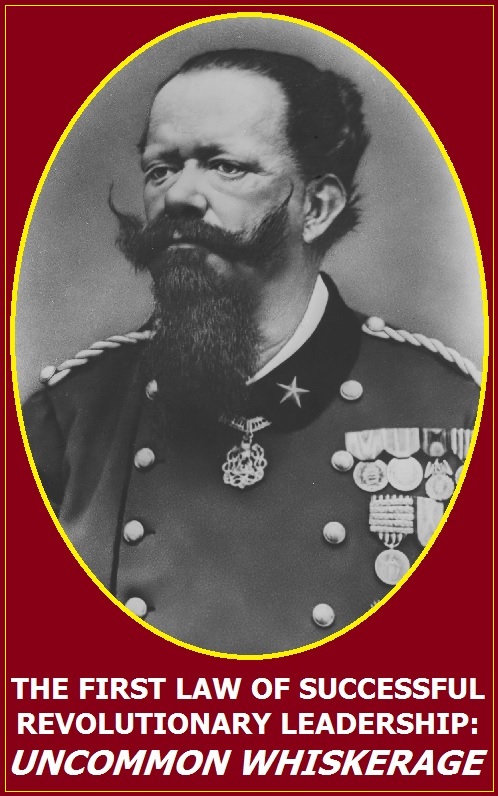 But more than that –

This is a daily chart of UPS pinned against the broader transport sector, of which it’s a key component. 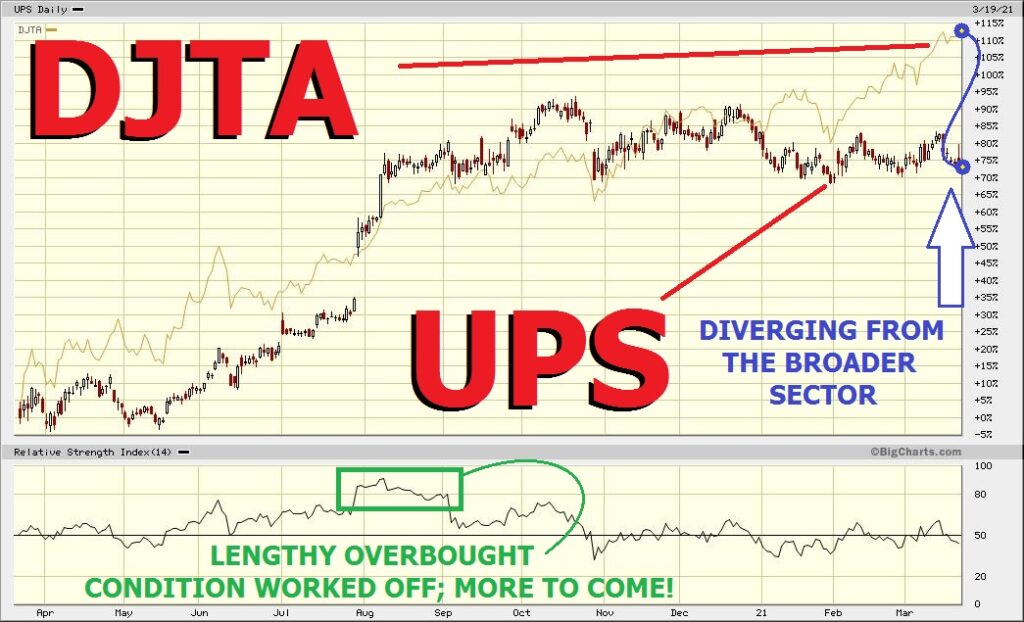 This is the weekly for UPS for the last three years –

We believe a test of the 155 line could come as early as this week.

And for that reason, we’re moving thus –

Rationale: Option prices speak to a full-on expectation of lower prices for UPS going forward. To wit – selling CALL spreads will earn you a debit (!), and 5 point PUT spread purchases will cost you more than $5.  In other words, the market will not permit you to carve out a simple profit from a decline in UPS shares.

That being the case, a synthetic short is the best possible route for those who want to profit from any decline.