We will not be available for communications on any of those dates. 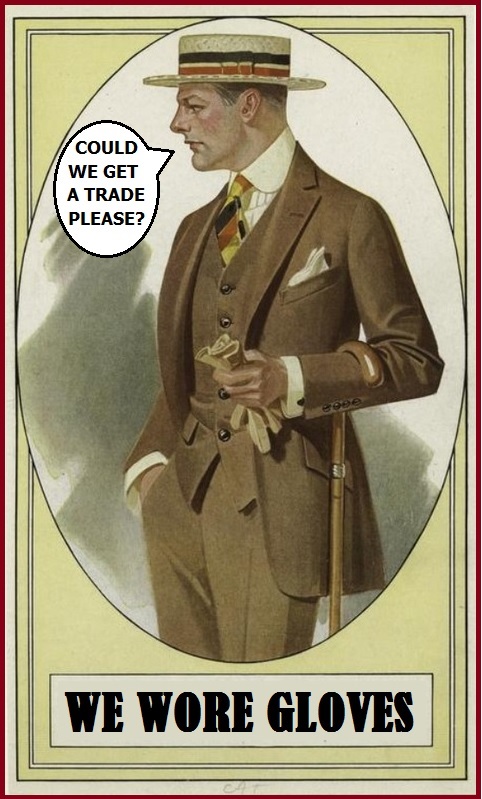 But before we do, we’ve got five to shut down.

The long October PUT sells for $3.10 and the short September 55 CALL trades for $1.45.  Sell the first, buy back the second and leave the long 60 CALL be; there’s currently no bid on it (it could be we’ll sell it before this weekend’s expiry – if we get a bounce).

And today, with lots of time left but SOYB overbought, we’re shutting her down.

And look for us to reinstate this edamame-lover’s bet after a pullback. 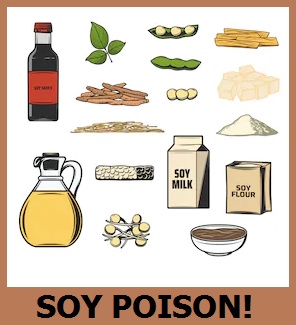 And that, fellow Jews, is some spicy, apple and honey New Year’s bliss.

But it doesn’t stop there…

Our FSLY trade, opened on June 28th and whose details can be found here and here, puts us short the shares (at $79) and short one September 18th 170 PUT.

With the stock currently at $76.04 and the short PUT now going for $1.70, we’re taking this opportunity to close.

Buy back the shares and the PUT, and you emerge with $1.47 on no initial outlay.

Adjusted for minimal commissions offers you a very satisfying 880% take.

The TLT CALL can be repurchased for a nickel, and because the trade cost nothing to initiate, we’re recommending you buy it back.

If there’s a flight to safety, TLT buyers could flood into the stock, and we’ll face a steeper loss.

Leave the HYG to ride; we may yet profit from a potential spike in junk over the coming week.

We’ve got the best of all possible bets in Best Buy (NYSE:BBY), a company that shot higher since the Batflu bit and the (apparent) need to stock up on electronics became all consuming.

It’s our feeling the buying has now crested – along with the stock – as it looks altitudinally challenged from our very earthly perspective.

Take a peek at the daily chart – 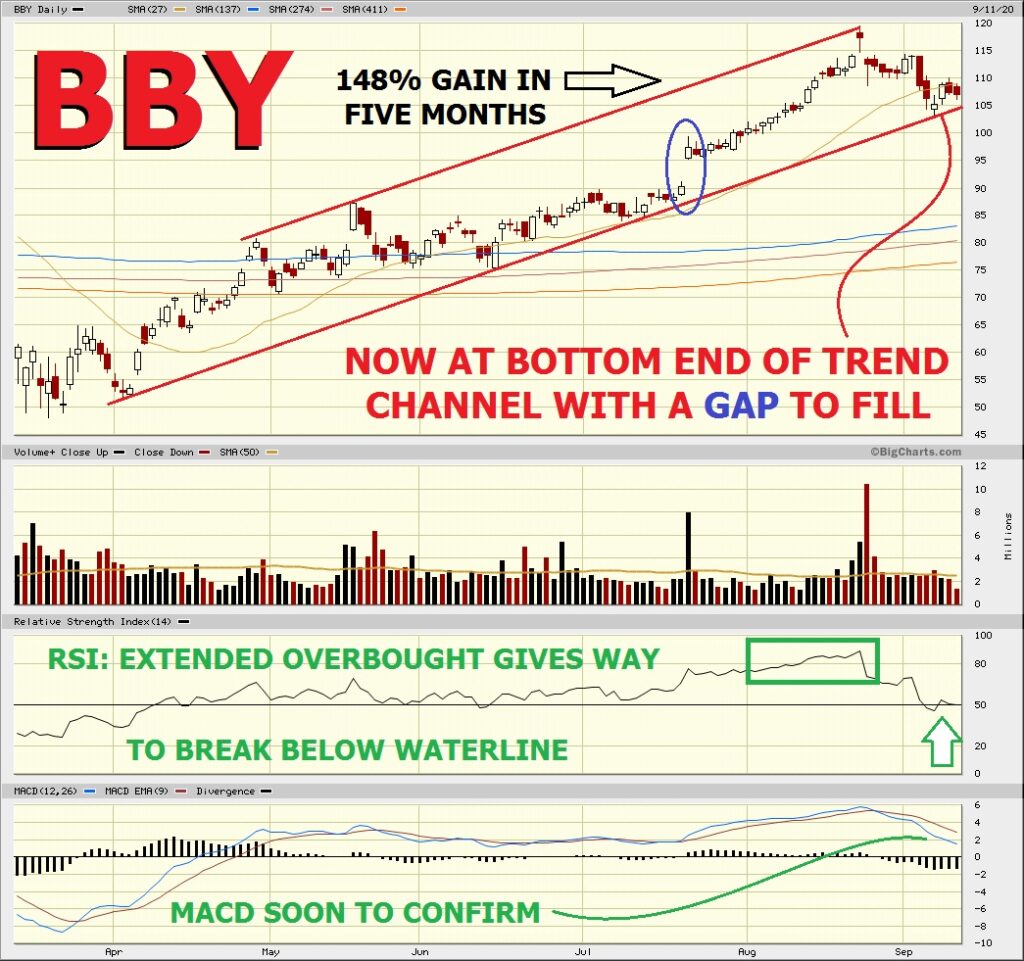 Technically, we have a potentially dire setup –

But perhaps most important is the view from the inside…

Corporate insiders in BBY stock have sold – get this – just shy of 60% of their holdings since the coronavirus struck, to the tune of a mind-boggling $180 million.

That’s a fairly straightforward statement, in our view, and it’s the kind of line item we put a lot of faith in. 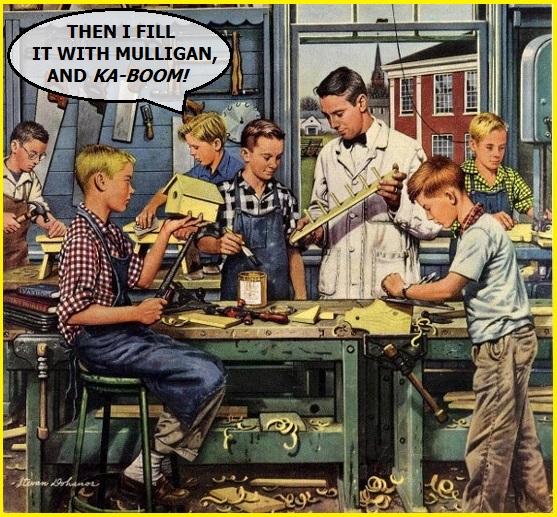 The trade is (once again) a SPECULATIVE short CALL spread and PUT purchase.

Rationale (for all you lawyering types out there):

Whereas – we’re anticipating an imminent decline, and

Whereas – we don’t want to pay for it, and

Whereas – spreads on BBY options are still relatively tight…

We’re paying for the PUT with a CALL spread that puts us at risk precisely $5.27 (difference in strikes plus initial debit), and offers us a theoretically UNLIMITED reward.