A Jew and His Cattle? (CNS,IAI)

We like the financials at this stage, because there’s simply too many of them showing up on our ‘cheap stock’ filter to ignore.  Certainly as a sector, they rank among the best investments at this point in the cycle.

But that’s not to say that all banks and brokers are created equal.  Indeed, some have yet to have their run, while others… well… heh, heh, heh…

Let’s just say they’ll have to be taken a down a peg before they can merit any further gains. 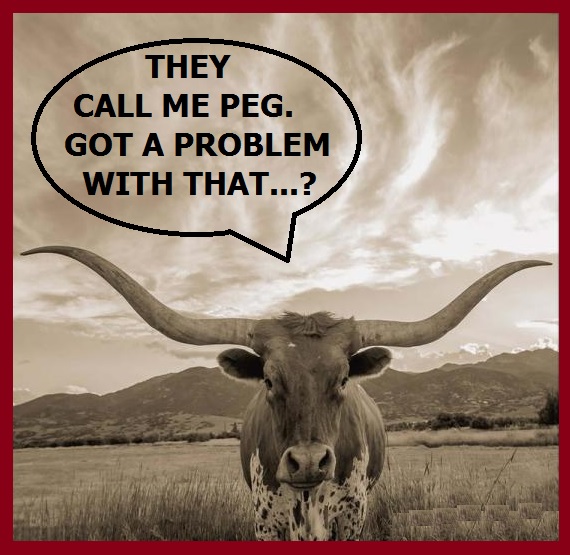 One such  pegger is NY based Cohen & Steers Inc. (NYSE:CNS), a financial firm that’s connected to matters bovine in name only.

The company’s stock has been on a tear of late, racking up some meaty gains as it rustles its way to what we believe is an interim top.

A Little Long in the Horn

Fundamentals for the shares are somewhat mixed.  It does offer a reasonable 2.2% annual yield and carries no debt, but with a P/E over 25 and a Price to Book of 11.1 (!), we’re not so impressed.

Combine all that with what looks to us like some meat-crazed buying of late, and you have the makings of a potential short sale. 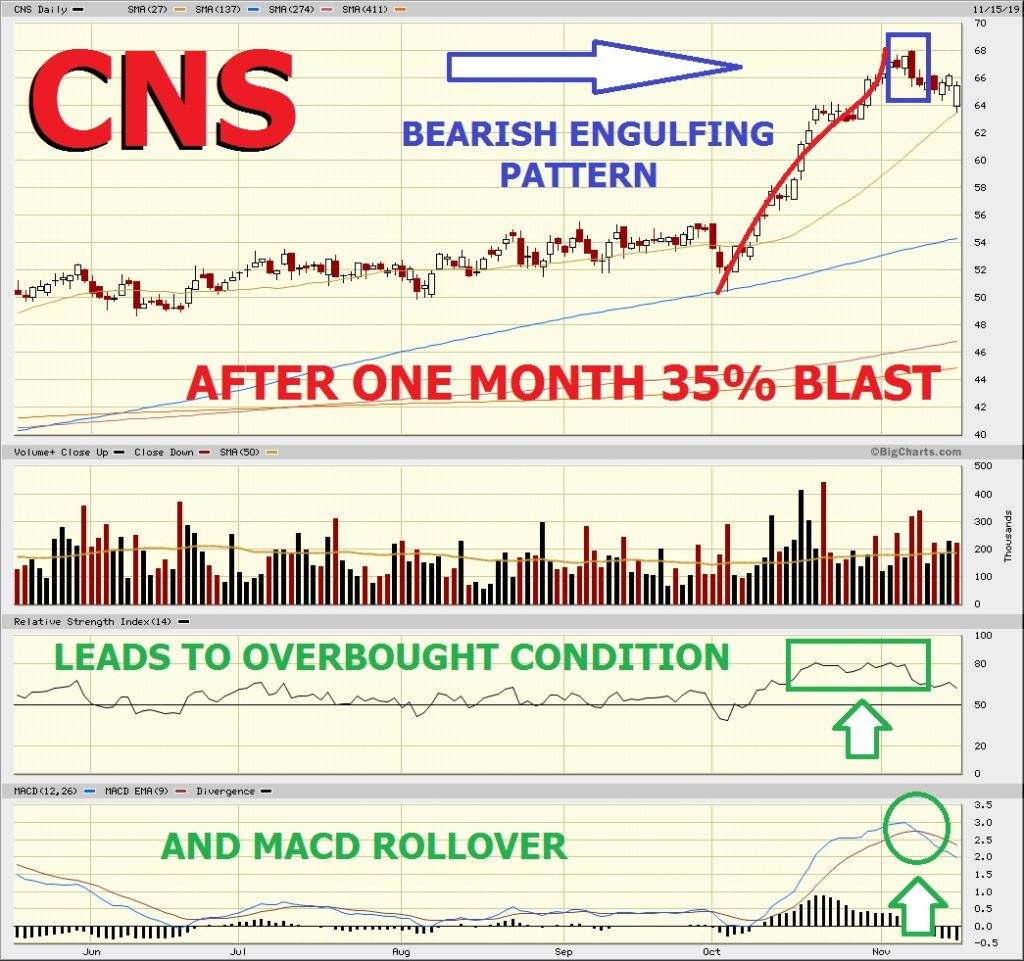 This is the company’s daily chart for the last six months.

The focus here is on a 35% price rise that occurred in just thirty days and appears now to have paused.

Underpinning the top-out theory is – 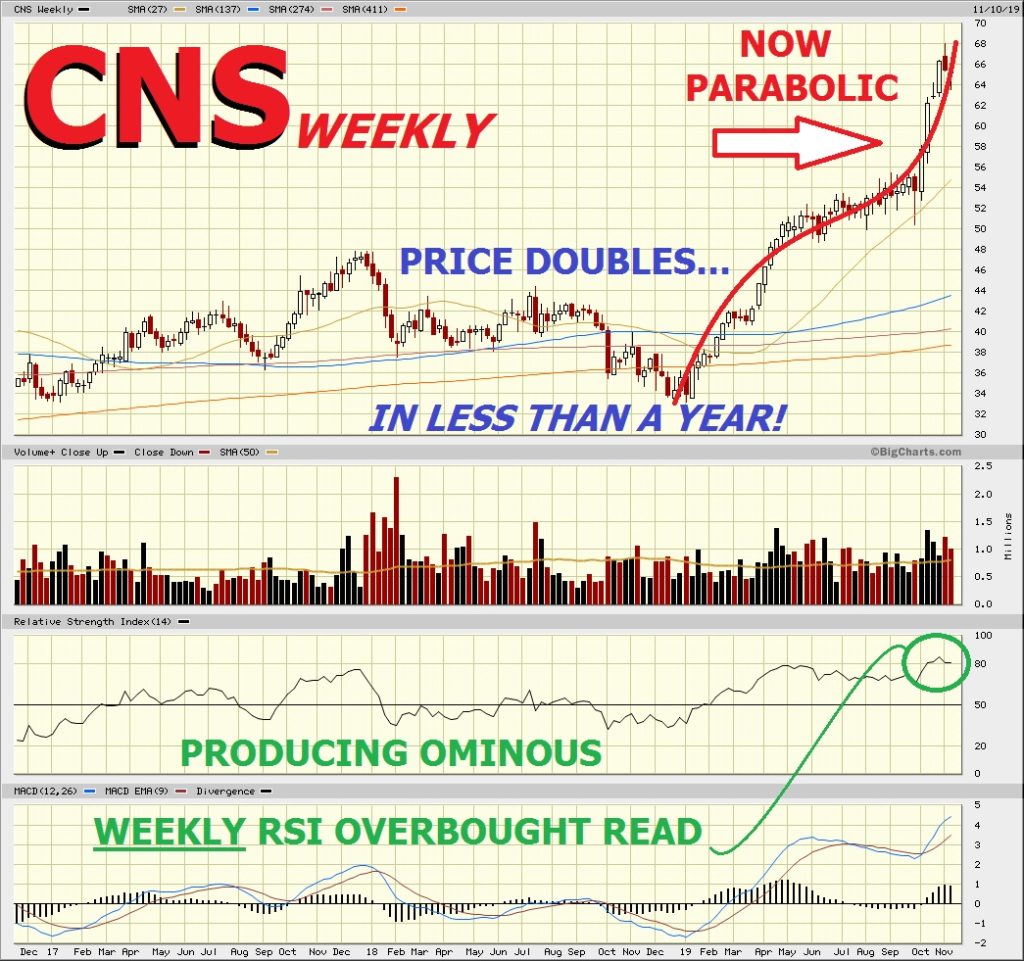 The weekly chart offers a little more perspective on CNS’s latest price move – and a lot more ammo for the bears.

What may be even more noteworthy is that at no time during that move from $34 to $68 did any CNS insider buy a single share of the company.

No insider buying for a year. 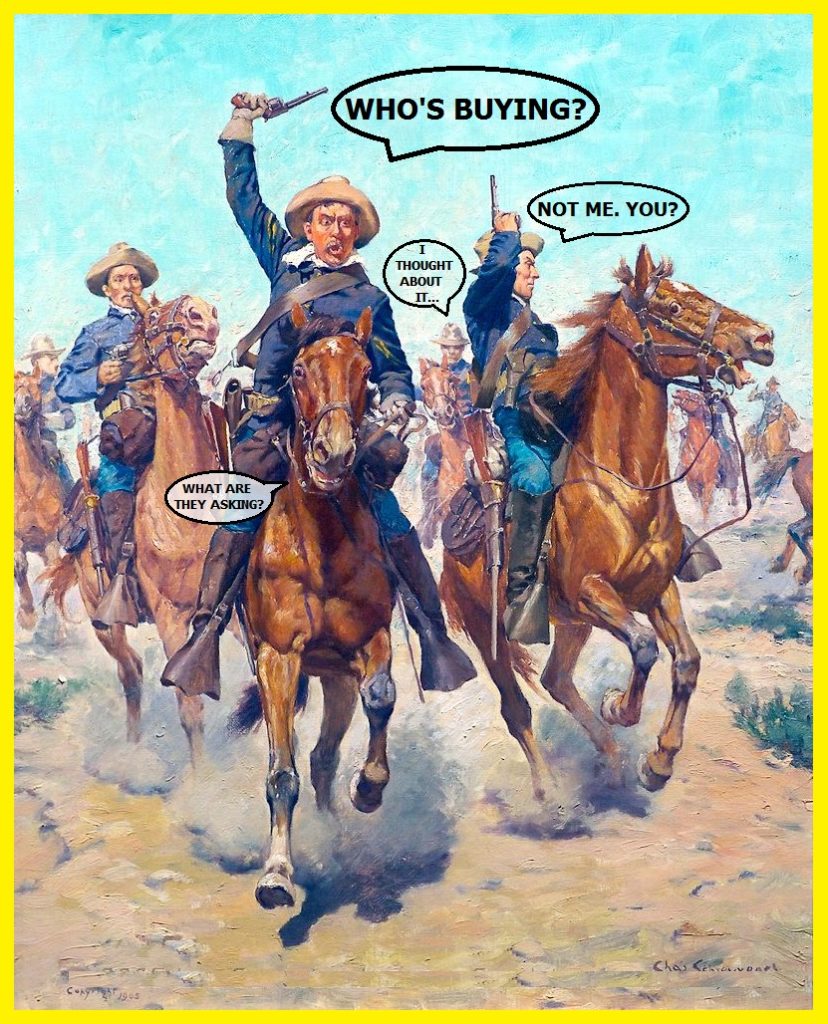 And with that said, we feel it’s now time to side with the company’s directors and chiefs and sell, sell, sell.

Why not join us?

Our plan is to go long-short against the rest of the broker/dealer pack, as represented by the iShares U.S. Broker/Dealer & Securities Exchanges ETF (NYSE:IAI).

The two ran roughly neck and neck for years. 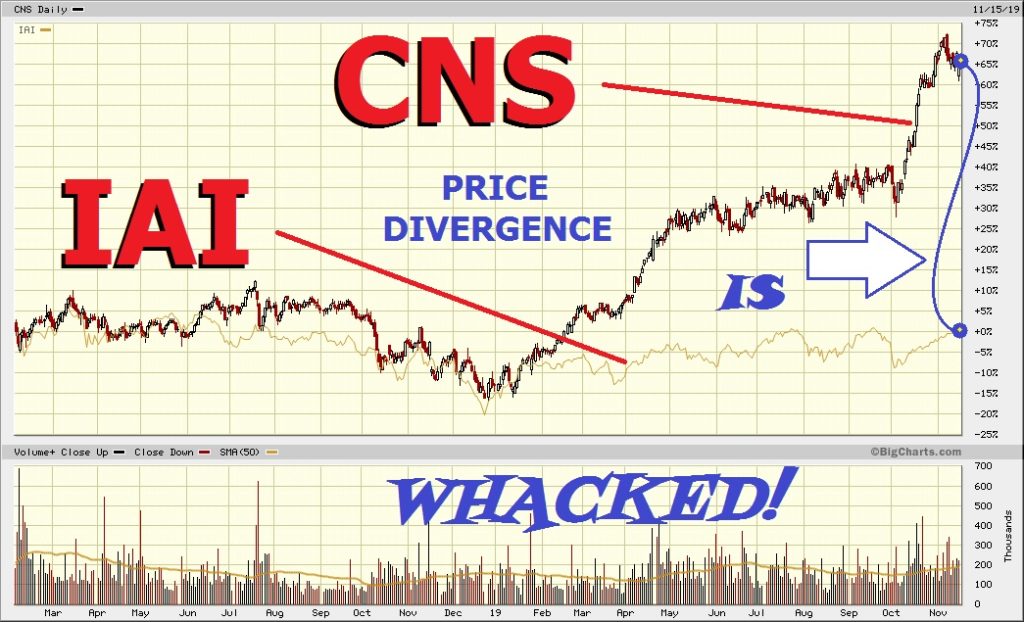 The gap will close.

A Jew and His Money recommends you consider buying the shares of IAI at the market (currently selling for $66.74) and selling an equal number of CNS shares (now at $65.49).  Total debit per board lot traded is $1.25.