Because it’s expensive… and dammit, we’re worth it. 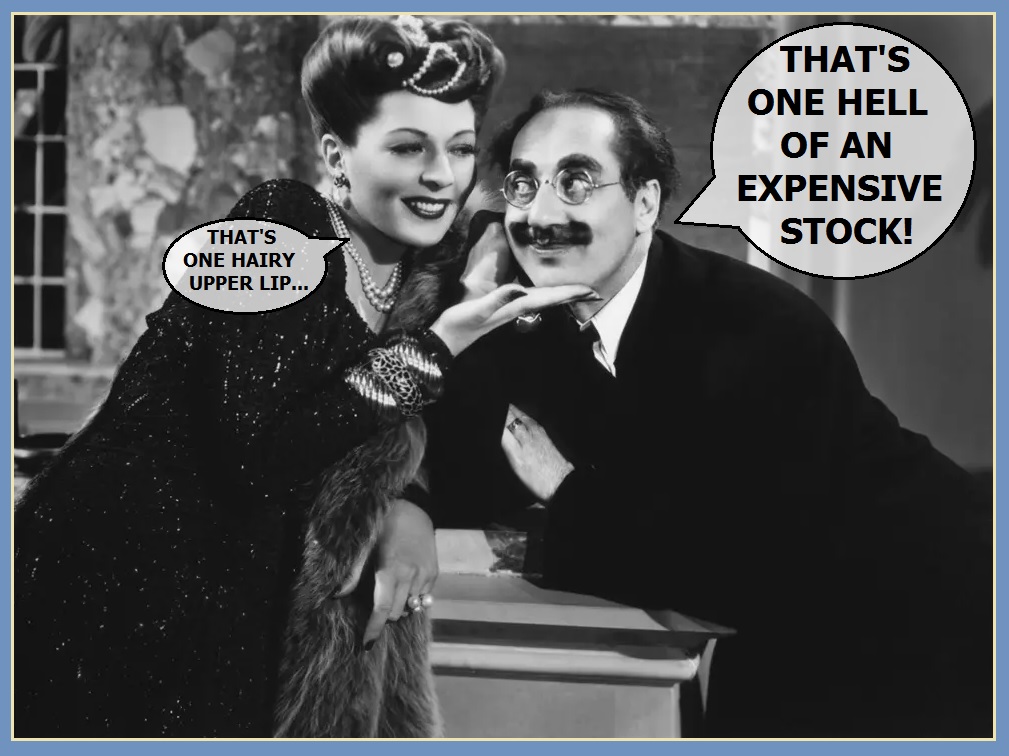 A tad TOO expensive for our taste.

To start, the company’s fundamentals are middling to poor –

So whence the optimism? 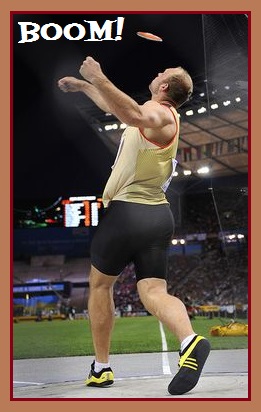 As the charts below will show, Albertson’s caught a price goose three weeks ago, directly after they reported earnings AND announced the purchase of Sharon McCollam as the company’s new President and CFO – the selfsame McCollam who turned Best Buy’s struggling e-commerce business around.

Now that’s all fine and dandy, say we, who’ve known Sharon from her college days (and nights) in the pubs of County Cork.

A great lover of fish & chips and the pint, she is, and a great lass, all round.

But is she worth a 50% rise in the stock price in just three weeks?!

Or will this all pass like a damp and misty Irish morning hangover. 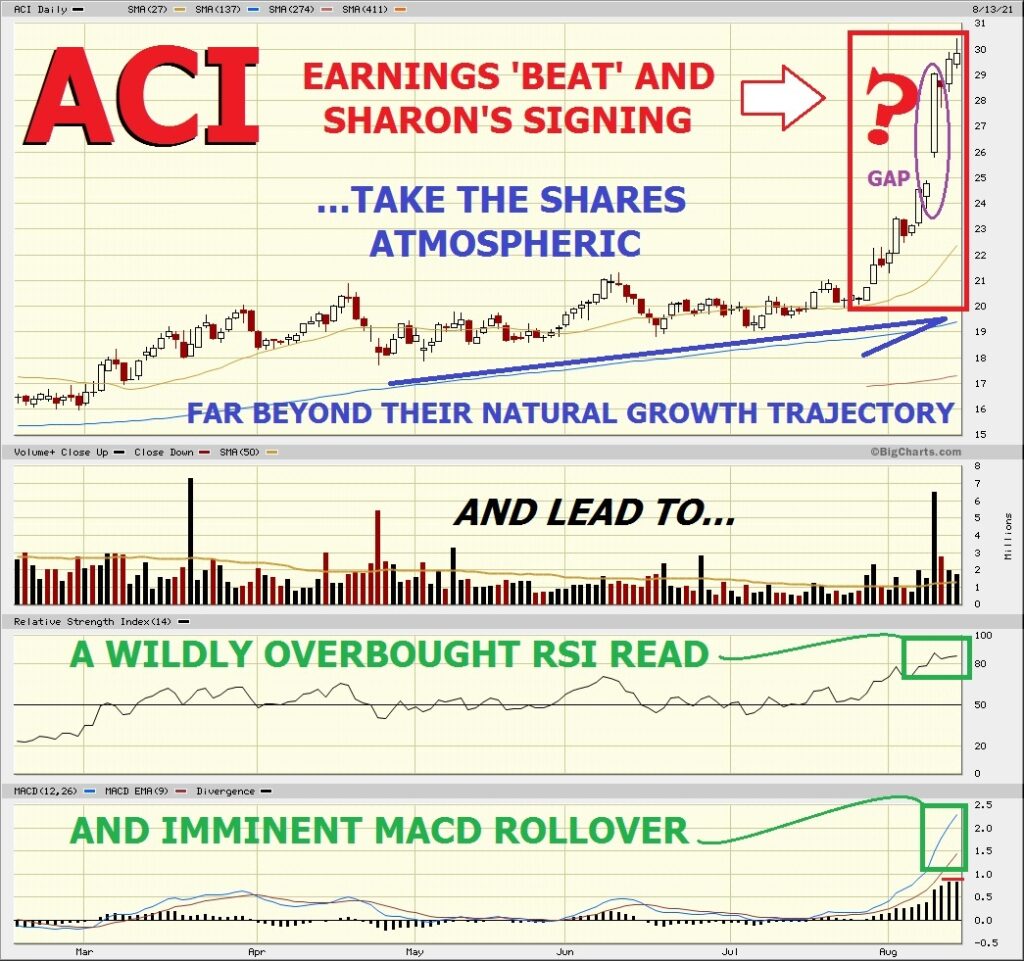 This is six months’ worth of ACI chartitude, and it shows quite clearly –

In other words, the daily chart is screaming SELL! (or, at least, refrain from buying), and the weekly is offering the same. 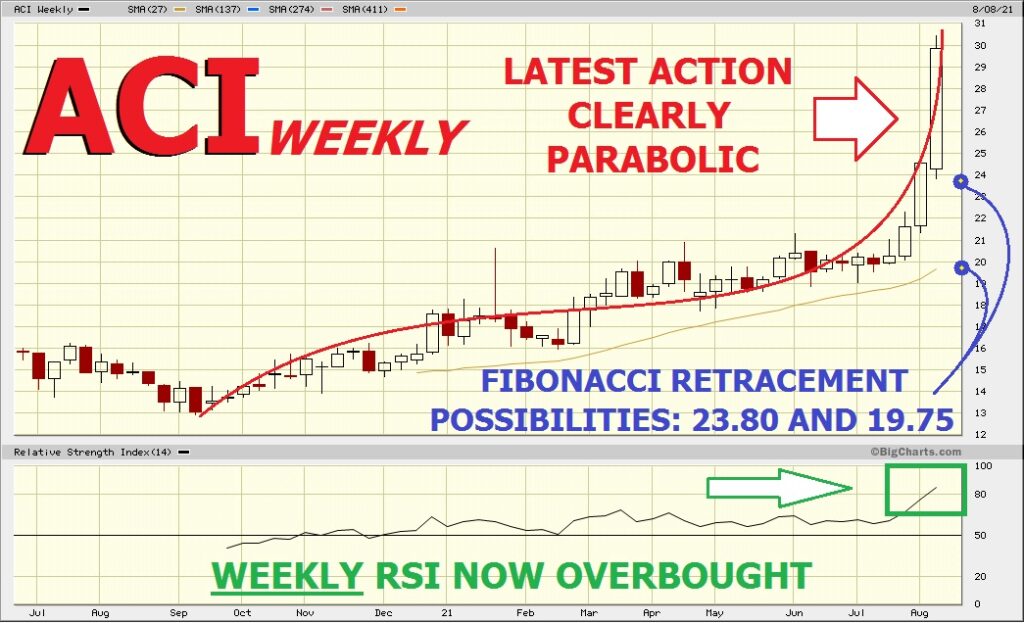 Either way, the decline will be significant.

It’s our firm contention that Albertson’s profited from Wall Street’s disingenuous ‘blessing of low expectations’, where every earnings beat is rewarded exponentially, regardless how many times or how deep analysts cut their forecasts.

Rationale: As always, we’re looking to minimize our costs, and the short CALL spread helps us accomplish that.

On the loss side, our maximum beating would be $4.70 (difference between CALL strikes plus initial debit), an eventuality we see as part of the null set, considering the current parabolic price action.

That’s our story, and we’re sticking to it.

The G-d of Israel is good to all who recognize Him.

Give praise and thanks to the Al-mighty!